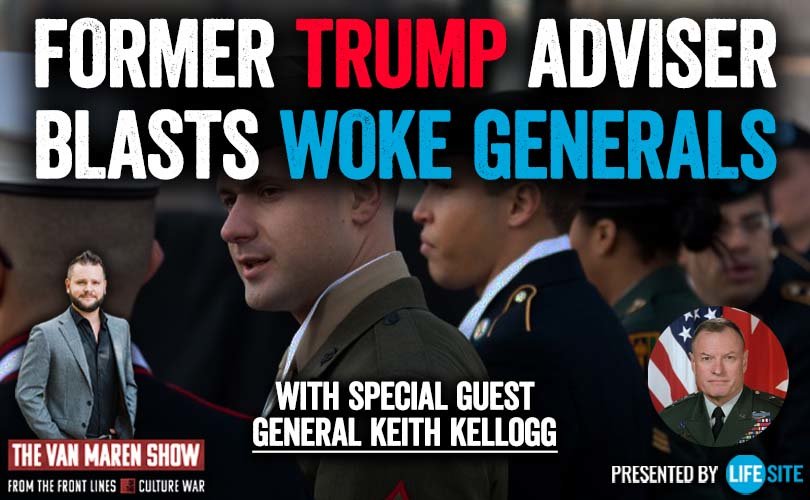 (LifeSiteNews) – In the latest episode of The Van Maren Show, Jonathon sat down with a retired Army general and former adviser to President Donald Trump to explain his recent book “War by Other Means: A General in the Trump White House.”

Kellogg described how Chairman of the Joint Chiefs of Staff Gen. Mark Milley “got himself involved in a very political environment and started doing things I think were really wrong.” He mentioned how Milley is alleged to have assured Chinese officials that the United States would not strike China without first giving warning regardless of any potential orders by then-President Trump.

Kellogg highlighted how this “politicization of the military” is a fallout of the Afghanistan war, which he said was a mistake since it started to “become nation-building.”

The author also pointed out some never before heard details about the ins and outs of the Trump presidency, including his decision-making, interactions with foreign leaders, and more. “I wish the American people could have seen the public persona and the professional persona decision making that I saw … during the four years he was president,” he said.

Kellogg added that he wrote this book to showcase the “huge battle wars in Washington, D.C. that are political.” He said that this fight dealing with politics is largely a continuum of real wars, but through other means.