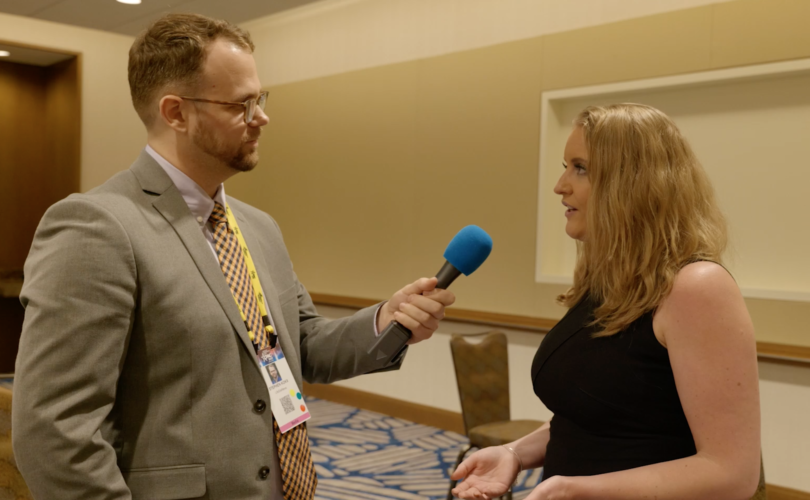 ORLANDO, FLORIDA, March 8, 2021 (LifeSiteNews) — At this year’s CPAC, Jenna Ellis told LifeSiteNews during an exclusive interview that she shares Abby Johnson’s concerns about the growing influence the LGBT lobby is having in the conservative movement.

Ellis, a former senior legal adviser to former President Donald Trump who worked alongside Rudy Giuliani during the 2020 election fraud hearings, said that some conservatives are putting politics before the truths of the Bible.

“I think that conservatives are trying sometimes to create too broad of a tent and trying to appeal to everyone so much that they don't want to be offensive. But the truth is the truth …. as far as the transgender movement goes, there [are] only two genders. God made us male and female. Marriage is between one man and one woman.”

Ellis made the remarks to LifeSite just minutes after participating in a panel discussion on the importance of having a Christian worldview. The panel also featured pro-life activist Abby Johnson, who made headlines after calling out CPAC organizers for not featuring enough speakers who are opposed to the LGBT agenda. Ellis, who works for the Thomas More Society, told LifeSite she shares Johnson’s concerns.

“Conservatives need to bring conservatism to the truth of God. Abby and I had a passion to deliver that message at the panel discussion today. There is truth and there is a definition of truth that has to come from the word of God and from Scripture.”

Note: LifeSite interviewed Ellis on camera but unfortunately experienced technical issues with our microphone. The video will therefore not be uploaded to any of our platforms. You can watch other interviewes LifeSite conducted at CPAC by visiting our Rumble account by clicking here.