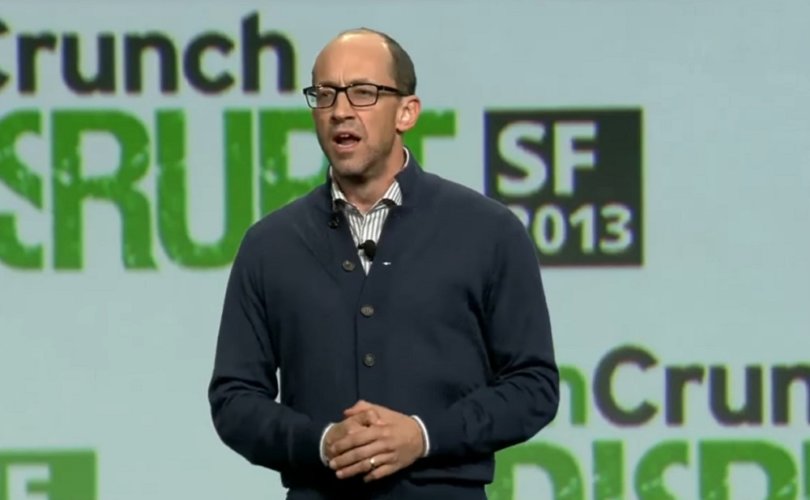 October 2, 2020 (LifeSiteNews) — Former Twitter CEO Dick Costolo stated in a since deleted tweet on Wednesday that “[m]e-first capitalists who think you can separate society from business are going to be the first people lined up against the wall and shot in the revolution.” Costolo added that he’ll “happily provide video commentary.”

Twitter’s policies state, “You may not threaten violence against an individual or a group of people. We also prohibit the glorification of violence.” The social media giant defines “violent threats as statements of an intent to kill or inflict serious physical harm on a specific person or group of people.”

Costolo criticized Coinbase CEO Brian Armstrong for his decision to leave politics and social activism out of the company’s mission.

“It has become common for Silicon Valley companies to engage in a wide variety of social activism, even those unrelated to what the company does, and there are certainly employees who really want this in the company they work for,” Armstrong wrote. “So why have we decided to take a different approach?”

“The reason is that while I think these efforts are well intentioned, they have the potential to destroy a lot of value at most companies, both by being a distraction, and by creating internal division,” he explained. “We’ve seen what internal strife at companies like Google and Facebook can do to productivity, and there are many smaller companies who have had their own challenges here.”

“I believe most employees don’t want to work in these divisive environments,” he continued. They want to work on a winning team that is united and making progress toward an important mission. They want to be respected at work, have a welcoming environment where they can contribute, and have growth opportunities. They want the workplace to be a refuge from the division that is increasingly present in the world.”

Armstrong argued that precisely because he wants Coinbase, a platform to trade cryptocurrency, to be inclusive, the company as a whole should stay out of social activism and politics.

“We have people with many different backgrounds and viewpoints at Coinbase, and even if we all agree that something is a problem, we may not agree on how to actually go solve it,” he wrote. “This is where there is a blurry line between moral statements and politics. We could use our work day debating what to do about various unrelated challenges in the world, but that would not be in service of the company or our own interests as employees and shareholders.”

Dick Costolo, who worked as Twitter’s CEO from 2010 until 2015, manifestly disagreed. “This isn't great leadership,” he tweeted. “It’s the abdication of leadership. It’s the equivalent of telling your employees to ‘shut up and dribble.’”

“Tech companies used to welcome lively debate about ideas and society. It was part of the social contract inside the company, and it's what differentiated tech culture from, say, Wells Fargo culture. Now it’s considered a distraction,” he continued. “Abandoning the social contract with employees in favor of a purely economic contract in the guise of ‘championship team’ bs [sic] makes you a bank with a mission nobody really believes. Good luck getting the best engineers in the world to work at a bank.”

Abandoning the social contract with employees in favor of a purely economic contract in the guise of “championship team” bs makes you a bank with a mission nobody really believes. Good luck getting the best engineers in the world to work at a bank.

“Obviously, you do decide what can and can’t be on the platform because you take down criminal behavior, you take down people … selling Nazi paraphernalia in Germany, you take that down,” he pointed out. “So to say, ‘hey, we’re just a platform, we’re not here to determine what’s … right and what’s wrong or what’s true and what’s false.’ It’s just nonsense. They already do.”

Meanwhile, the U.S. Department of Justice proposed legislation aimed at reining in social media platforms’ censorship of lawful speech. A draft legislative text to reform Section 230 of the federal Communications Decency Act was sent to Congress in September.