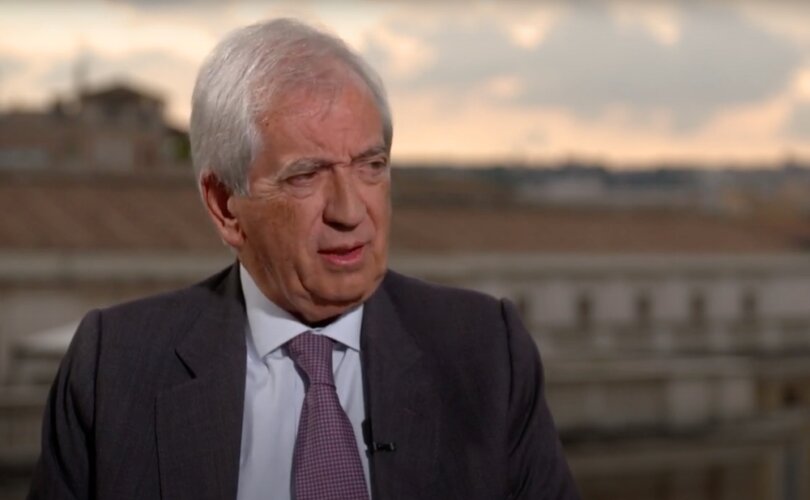 VATICAN CITY (LifeSiteNews) — The former Auditor General for the Vatican has taken the Secretariat of State to court for nearly $10 million in damages due to his forced resignation in 2017, and threatened to reveal evidence of the financial and moral corruption within the Holy See that his audit had uncovered.

Libero Milone, former chairman and CEO of Deloitte Italy, a multinational auditing and consultancy firm – who was appointed Auditor General of the Holy See in 2015 – together with his deputy, Ferruccio Panicco, an ex-chief auditor for the Italian manufacturer Indesit, filed a 53-page lawsuit on November 4 against the Secretariat of State in the amount of $9.25 million to “obtain proper reparations from suffered damages” consequent upon their unjust dismissal in 2017.

The lawsuit accuses the Holy See of a “breach of contract, damage to reputation and moral damage to us and our families.”  The dismissal, Milone argued, was in violation of a 5-year contract with the Holy See and has resulted in reputational and career damage for Milone, since in justification of the dismissal the Vatican accused the men of spying and embezzlement. The dismissal has also resulted in medical damages for Panicco, some of whose medical records have been withheld since 2017 by Vatican officials despite the former suffering pancreatic cancer, needing urgent medical attention and treatment.

The accusations of spying and embezzlement were leveled in June of 2017 by Cardinal Angelo Becciu – at the time, second in charge of the Secretariate of State – with the Vatican claiming that it had conducted a more than seven-month investigation. “I was threatened with arrest,” Milone said of his forced resignation. “The head of the Gendarmerie [the Vatican police] intimidated me to force me to sign a resignation letter that they had already prepared weeks in advance.”

However, the charges were dropped in 2018 when the Vatican’s chief prosecutor issued a statement to the contrary, stating that no investigations had been conducted nor any sentences filed against Milone in the Vatican’s legal record. On the other hand, the Holy See refused to issue any official statement clearing the names of Milone and Panicco, even after the two repeatedly requested this over several years.

In 2019, Milone was informed by Cardinal Pietro Parolin, the Vatican Secretary of State, that the Pope had sealed his case, after which Milone officially requested on November 26, 2019, to see the evidence compiled against him for his alleged spying and embezzlement. The Vatican’s chief prosecutor declined the request in January 2020, stating categorically that he had no right to the information.

The Holy See finally lifted the seal on Milone’s case earlier this year, only to reopen the criminal investigation against him without making known to him any information on the matter. “Even when, at the beginning of this year,” Milone explained this week, “and after exasperating insistence on my part, we obtained through Cardinal Pietro Parolin the removal of the Pontifical Secret, we were never able to view and know the real reasons of our expulsion.”

Milone also recounted that he has written seven letters to Pope Francis since his dismissal, “asking for an audience to illustrate my position regarding this event, but I have never received answers and I have doubts as to whether these letters ever reached him.”

Milone has continuously insisted that Becciu’s accusations against him and Panicco are absolutely false, and that they were the result of his audit uncovering uncomfortable financial corruption like the infamous London apartment deal, which cost the Vatican hundreds of millions of euros, investments in pharmaceutical companies that produced abortifacients and contraceptives, contrary to the Church’s moral doctrine, embezzlement by high-ranking cardinals and officials, and money laundering conducted by the Secretariat of State and the Vatican Bank.

“I was discovering things that somebody wanted to keep undercover,” Milone said to journalists in Rome on Tuesday, November 8. “All these matters were reported to the Pope. I wasn’t spying. I was doing my job.”

“I didn’t know that I would find cardinals putting money in their pocket, but I found it. And I told him [the Pope],” he added. The lawsuit against the Vatican details over twenty examples of financial malpractice and corruption. Milone said that “these investigations had led to the identification of over €5 million of funds returned or to be returned.”

The ill-will engendered by the uncovering of such corruption seems to continue against Milone. “They want to threaten me,” he said this week, stating the Holy See had presented him with new evidence that was “clearly fake,” including a forged document dated months before he had even arrived in Vatican City.

In defense of the integrity of the work conducted during the audit, Milone has pointed out that the obstruction he encountered from the Secretariat of State, the Administration for the Patrimony of the Apostolic See (APSA), and numerous other offices and prelates, ran completely contrary to the statutes establishing the Office of the Auditor General. According to those statutes, the Auditor General was to be given “full autonomy and independence and follow internationally recognized best practices in public administration.”

As the National Catholic Register reports, in their lawsuit, Milone and Panicco argue “they were working in accordance with the highest standards of auditing, the International Standards of Supreme Audit Institutions, and methods of analysis and control approved by Intosai (the international organization that brings together the Supreme Audit Institutions) — an organization to which the Vatican has belonged since 1986.”

The lawsuit principally accuses Cardinal Becciu along with Domenico Giani, former commander of the Vatican Gendarmerie, of colluding to wage an “Eject Milone” campaign.

When questioned on his hopes for the resolution of the case, Milone said he has “always had faith in the justice systems anywhere in the world where I have worked, and therefore I hope that this will happen also in the Vatican.”