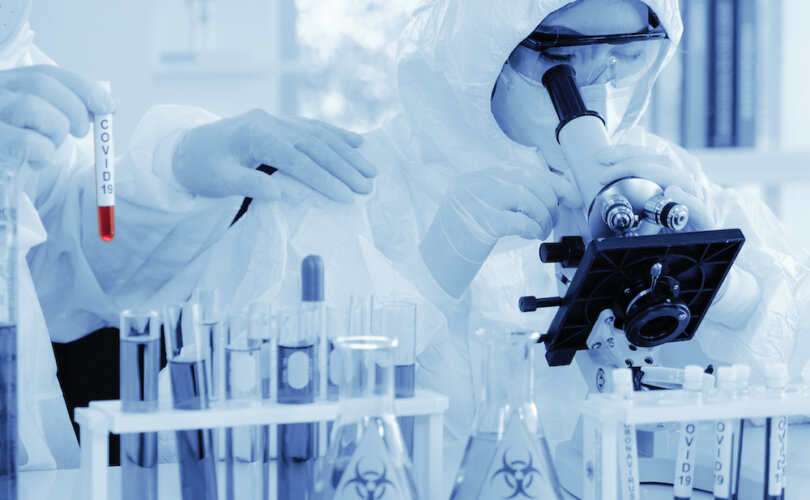 (LifeSiteNews) — A former vice president for the medical non-government organization EcoHealth Alliance is once again attesting that COVID-19 was artificially created and escaped from China’s embattled Wuhan Institute of Virology (WIV), this time in a new book about the situation.

“EcoHealth Alliance and foreign laboratories did not have the adequate control measures in place for ensuring proper biosafety, biosecurity, and risk management, ultimately resulting in the lab leak at the Wuhan Institute of Virology,” Andrew Huff, who also served as an Army infantryman in Iraq and as a research fellow in the U.S. Department of Homeland Security, writes in The Truth About Wuhan, as reported by The Sun.

“China knew from day one that this was a genetically engineered agent,” he writes. “The U.S. government is to blame for the transfer of dangerous biotechnology to the Chinese.”

Huff says that as early as 2015, he voiced to EcoHealth officials his concerns that the company “did not have enough visibility or firsthand knowledge of what was happening at foreign laboratories [it] contracted and managed,” that the federal government issued warnings in 2018 that WIV lacked the experts needed to safely manage coronavirus research, that he “has good reason to believe that the US government was alerted to the outbreak in August or October 2019,” and that when COVID first broke out in late 2019, China “and some of their US government collaborators at the Department of State, USAID, and the Department of Defense went into full cover-up mode.”

In additional comments to The Sun, Huff says he “was terrified by what I saw. We were just handing them bioweapon technology.”

Huff quit EcoHealth Alliance in 2016 “due to a large number of ethical concerns with the scientific work and EcoHealth Alliance as a whole,” and in late 2019 was offered a job with the Defense Advanced Research Projects Agency (DARPA), which he believes was intended to give him a legal obligation to keep quiet.

Huff is currently suing EcoHealth, which denies his claims, insisting that because “he never worked at or with the Wuhan Institute of Virology, his assertions along these lines cannot be trusted.”

As part of that lawsuit, he previously attested that the “process of developing SARS-COV2 was also described in detail in the proposal submitted to, and ultimately funded by, the National Institutes of Health (HHS NIH), The National Institute of Allergy and Infectious Diseases (NIAID), by EcoHealth Alliance with the WIV and [University of North Carolina] listed as collaborators.”

Fauci and his defenders insisted that the work NIAID approved was not gain-of-function research and could not have lead to COVID, but in January the conservative investigators of Project Veritas released documents they obtained showing that, before going to NIAID, EcoHealth previously pitched its funding request to DARPA, which rejected it on the grounds that the project would violate a preexisting moratorium on GOF research and failed to account for its potential risks.

Since then, leaked emails have revealed that top researchers with NIAID, the National Institutes of Health (NIH), London’s Wellcome Trust, and the Netherlands’ Erasmus University Medical Center were aware of the lab-leak possibility as early as February 2020 but feared publicly acknowledging it would impair “science and international harmony.”

As of December 6, COVID-19 is estimated to have killed more than 1.1 million Americans and 6.6 million people worldwide.