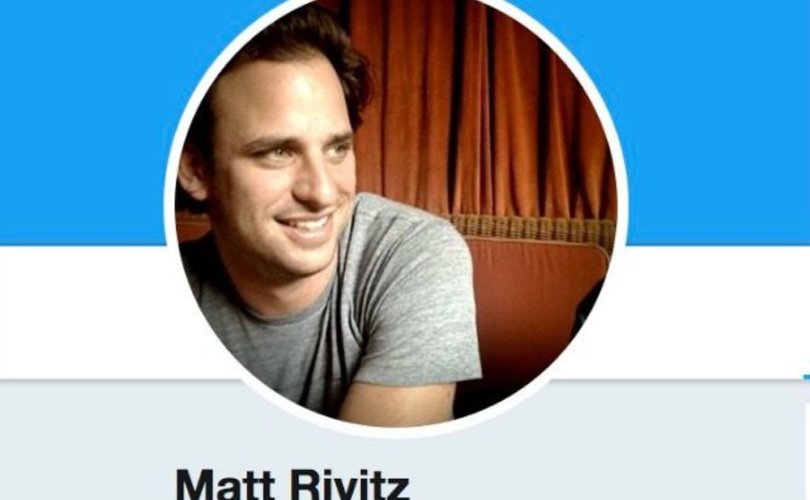 July 18, 2018 (LifeSiteNews) — Sleeping Giants is far from the most recognizable name among left-wing activist groups, but it’s made its presence felt in numerous boycott campaigns against conservative commentators, publications, and organizations. Now, a Daily Caller News Foundation investigation has unmasked its anonymous founder.

The group’s primary tactic is to spur followers to deluge companies’ Twitter accounts with demands to cut ties with the targeted figure or group. It is responsible for a 90% drop in Breitbart’s advertisers over a two-month period, the resignation of hedge fund CEO Robert Mercer from Renaissance Technologies because of Mercer’s financial stake in Breitbart, and more than 250 companies pulling ads from Rebel Media over a three-month period.

Sleeping Giants also pushed dozens of companies to drop Ingraham’s Fox News show (though ultimately failing to damage her ratings) and attempted to get Adidas to drop rapper Kanye West, who has raised headlines and eyebrows in recent months for dissenting from liberal orthodoxy. The group has defended companies like Target from conservative boycotts over its LGBT advocacy and its policy allowing men to use women’s restrooms, as well.

The group’s founder has previously given interviews only on condition of anonymity, being identified only as someone who works “in marketing.” But the Daily Caller matched clues in those interviews, such as an anecdote about a Twitter exchange with IKEA that inspired his group’s strategy, to since-deleted social media posts by Matt Rivitz, a San Francisco-based ad copywriter with the firm Goodby Silverstein & Partners.

Rivitz declined to provide a comment to the Daily Caller, but has since confirmed his identity.

“While this isn’t obviously how I wanted things to play out, I have nothing to hide,” Rivitz wrote on Sleeping Giants’ Facebook page. “I, and the rest of the team here, have always wanted to stay anonymous to keep this about the mission rather than the individuals involved. That hasn’t changed.”

Breitbart notes that Sleeping Giants previously claimed anonymity “because we have jobs that pay our salaries and we don’t think they need to be wrapped up in this.” Now that Rivitz has been revealed, however, questions have emerged as to whether it targeted companies he was working for in his day job.

“As some Twitter users were quick to point out, several major Goodby Silverstein & Partners clients, including BMW, Adobe, and Xfinity, have all been targets of Sleeping Giants’ boycotts,” Breitbart’s Ian Mason wrote. “Rivitz quickly denied he worked for Goodby Silverstein during the relevant period to create a conflict of interest,” but he “has not addressed where Rivitz has worked in the period he was pressuring advertisers to blacklist conservatives.”

So far, Sleeping Giant’s only other named member is San Francisco ad writer Britton Taylor. A March profile in GQ wrote that “a few of them work in marketing-related fields in which their off-hours activism might be perceived as creating some kind of conflict of interest,” raising the question of how many other potential conflicts remain.

Following the report, some have criticized the Daily Caller for “doxxing” Rivitz (the practice of outing personal identifying details on the internet, opening someone to potential harassment), with Sleeping Giants itself suggesting that Twitter has a “little problem with harassment, doxxing and death threats on this platform.”

Breitbart’s Brandon Darby responded to the charge by suggesting that Rivitz was using anonymity as a cover from which to smear his targets. “If you do media campaigns and publicly call someone a racist as you hide behind anonymous [accounts], they have every right to defend themselves and to publicly identify their accuser,” he tweeted.

If you do media campaigns and publicly call someone a racist as you hide behind anonymous accts, they have every right to defend themselves and to publicly identify their accuser.