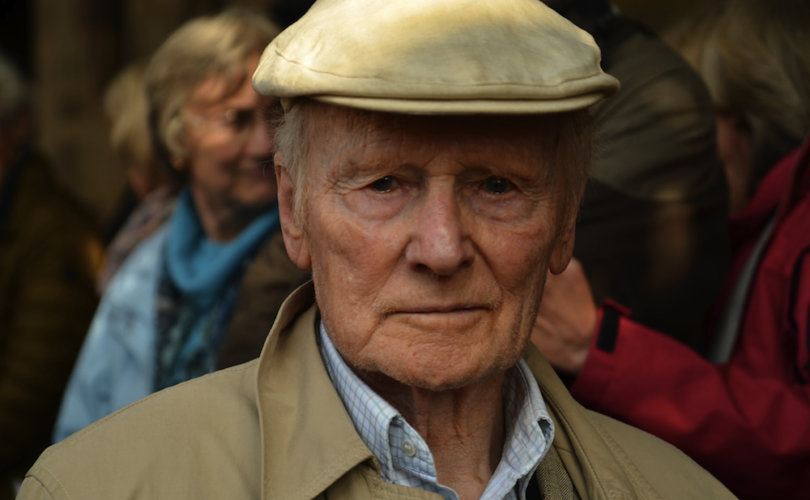 December 5, 2016 (LifeSiteNews) — The foremost Roman Catholic philosopher in Germany has come out in support of the four Cardinals who asked Pope Francis to clarify ambiguities in his Apostolic Exhortation regarding the sacraments for divorced and remarried Catholics.

“It is deplorable that only four Cardinals have taken the initiative regarding this topic,” Robert Spaemann said in defense of the dubia voiced by four Cardinals.

In an interview with the Italian Nuova Bussola Quotidiana (New Daily Compass) on December 4, Spaemann underlined that the four who brought forth the dubia were correct in addressing the worldwide perplexity that Amoris Laetitia created in the episcopate.

Spaemann is famous for his philosophical work on Christian ethics, bioethics, and human rights. He is a personal friend of Pope Emeritus Benedict XVI and professor emeritus of Munich’s Ludwig-Maximilians-Universität. He has already expressed his concern about the ambiguity of Amoris Laetitia, calling it a “breach with Catholic Tradition.”

“With the dubia, the Cardinals take on their proper duty to sustain with their council – insofar as they are ‘senators’ – the Church in the person of the Holy Father. […] The four Cardinals have chosen the right path,” Spaemann explained.

Recently the highest protector of the Faith, Cardinal Gerhard Ludwig Müller of the Congregation for the Doctrine of Faith suggested that the Pope could consult his congregation to resolve the ambiguity. Spaemann added that the dubia should have gone to the CDF. “The first addressee of the dubia is the Pope, although in my opinion the writing should have passed through the Congregation for the Doctrine of Faith.”

Regarding the silence of Pope Francis, who has hitherto not answered the Cardinals, Spaemann wrote: “The Pope’s refusal to answer the appeal of the four Cardinals fills me with great worry since, in a certain way, the supreme Magisterium in this case is being debased. The Pope clearly has a deep aversion to these decisions in which a ‘yes’ or ‘no’ is required.”

Spaemann emphasized that Christ’s way does entail a clear true-false distinction: Where on the one hand Pope Francis hesitates, “Christ, the Lord of the Church, on the other hand, always gives to His disciples a decision of the kind. In the specific question regarding adultery, he ‘shocks’ the apostles with the simplicity and clarity of his teaching.”

The third doubt addressed if it is still “possible to affirm that a person who habitually lives in contradiction to a commandment of God’s law, as for instance the law that prohibits adultery (Matthew 19:3-9), finds him or herself in an objective situation of grave habitual sin.” Spaemann argued against the subjectivist understanding of the discernment of conscience: “It is a grave error to think that subjectivity is the last criterion for the administration of the sacraments. It is also true that every action that goes against one conscience is evil but one can also act according to an erroneous conscience. This is the clear teaching of St. Thomas Aquinas.”

If a person finds himself in a situation that is perplexing (casus perplexus), a situation in which the person has to choose between two or more moral evils whereupon he would either go against his conscience or against the norm, in this case “from this dilemma one can only come out through ‘conversion,’ that is an opening of the conscience towards objective truth. The place of renewal of the truth is on the one hand reason, on the other hand Revelation.”

The interview ended with an appeal from the Gospel of John (6:67): “‘Will you also go away?’ This is the question Jesus gives His disciples as the crowd leaves after having heard the words of Jesus. Peter does not discuss, but only asks: ‘To whom shall we go? Only you have the words of eternal life.’ (John 6:68)”