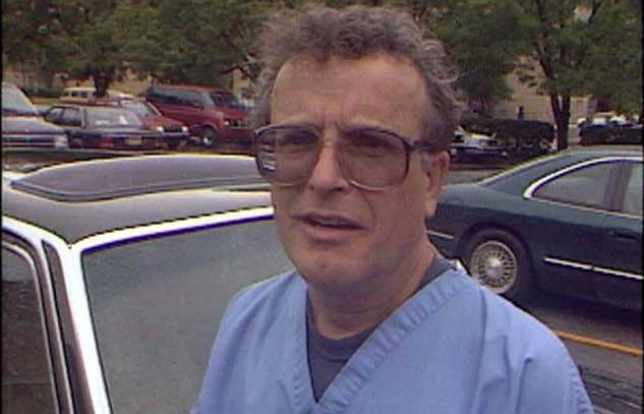 The attorney general of Indiana, Greg Zoeller, has asked a state board to review the medical licenses of four abortionists, including an out-of-state abortionist who failed to report two cases of statutory rape.

A press release from the attorney general's office called Klopfer's “the most egregious complaint.” Klopfer, who lives in Crete, Illinois, failed to report abortions of two 13-year-olds – one at his Women’s Pavilion abortion facility in South Bend and another in his office in Gary.

Klopfer reported the two abortions 116 days and 206 days afterwards, something he described as “an honest mistake.” Klopfer faces a misdemeanor criminal charge in both Lake and St. Joseph county in connection with those allegations.

Every single one of the 1,818 abortion reports Klopfer turned in to state authorities between July 2012 and November 2013 was false or incomplete, Zoeller says. The doctor often omitted the father's name and had a habit of listing the date of every abortion at 88 weeks gestation.

The abortionist is also charged with 13 violations of the state's informed consent law.

“The pending criminal charges brought by county prosecutors along with the sheer volume of unexplained violations…merits review by the Medical Licensing Board to determine whether disciplinary action is warranted,” Zoeller said.

The other three abortionists work at the Clinic for Women in the Indianapolis area. According to a press release from the state attorney general's office, they “are in alleged violation of similar record-keeping and advice and consent laws regarding abortion procedures,” but they face no criminal charges.

The allegations were collected and submitted by Indiana Right to Life, which combed through Klopfer's records. “Our legislators passed laws regarding consent and record keeping to ensure high standards of quality and care for Hoosier women,” Indiana Right to Life President and CEO, Mike Fichter, said. “We're disappointed that these abortion doctors apparently did not willingly comply with Indiana law. We hope the Medical Licensing Board immediately schedules hearings.”

“If found guilty, we believe the abortion doctors should be fined and their licenses to practice in Indiana should be revoked,” he added.

His views were shared by national pro-life leaders. “We are encouraged by the filing of these Administrative Complaints today and urge the Board to revoke Ulrich Klopfer’s medical license due to the fact that he placed young girls in serious risk of continued rape and other abuse by neglecting to report,” said Troy Newman, President of Operation Rescue. “Each of these abortionist require stiff discipline in order to impress it upon others that laws are meant to be followed and that they are not above it.”

Zoeller's complaint did not mention a third abortion of a 13-year-old that Klopfer reported after the legal date. The abortion took place in Fort Wayne in February 2012, but he did not report the procedure until July. Police subsequently filed two charges of child molestation against Ronte Lequan Latham, who was then 19-year-old.

Tensions this produced with another physician in his Fort Wayne office led to the first abortion facility closure of 2014.

The epidemic of underreporting presumed statutory rape is not limited to Klopfer. Between 58 and 75 percent of abortions performed on Indiana girls under the age of 14 were not reported in accordance with the law, according to an investigation by Amanda Gray of the South Bend Tribune.

Klopfer had a history of run-ins with authorities. In 2010 and 2012, state inspectors found that he allowed the bodies of aborted babies to be stored in a refrigerator alongside medicine the office gave to women who came in for the procedure.

The board has not yet set a date to hear evidence and make a judgment about their fitness to practice. If the board objects, it could respond by issuing a reprimand, suspending a license, or revoking the abortionists' medical license and imposing fines.

The accused may continue performing abortions until the board makes a final decision.