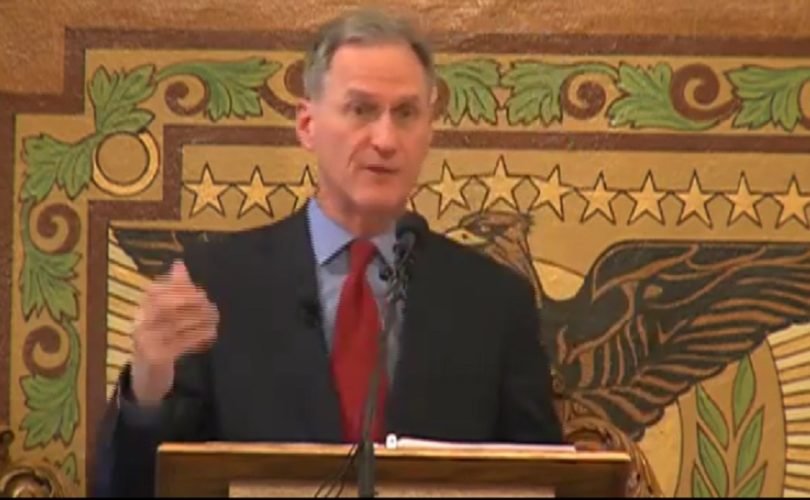 The newly signed informed consent law lets mothers know that their chemical abortion can be reversed if action is quickly taken.

The pro-life governor signed H.B. 1157, “[a]n Act to require that a doctor provide a woman additional information as a part of informed consent prior to performing a first trimester abortion.”  The law requires that no less than two hours before committing an abortion, the abortionist must make sure the woman knows certain facts.

The abortionist must acknowledge the fact “that the abortion will terminate the life of a whole, separate, unique, living human being.”

The abortionist must give the woman “a scientifically accurate statement describing the development of the unborn child” at his/her gestational age.

The abortionist must also tell the woman the true risks associated with abortion, including “infection, hemorrhage, danger to subsequent pregnancies, and infertility,” as well as the possibility of negative psychological effects, such as depression, distress, and suicide ideation.

The abortionist must tell the woman the “accurate rate of deaths due to abortions.”

Medical, or chemical, abortions involve taking two pills that deprive an unborn child of progesterone before expelling the child from the womb.  Doctors found that they could save the child by administering progesterone to the mother between the two pills.

State Senator Brock Greenfield (R-District 2) explained, “Should the female decide that she has regrets relative to her decision, we are just asking that it be very clear [to her] that there is still a very real chance of a viable pregnancy and birth should she continue the process.”

“This legislation begins a new chapter in the history of South Dakota to protect unborn babies in our state.”

Also by South Dakota law, at least 24 hours before a woman undergoes an abortion, she must be informed that medical assistance benefits may be available for prenatal care, childbirth, and neonatal care, and that “the father of the unborn child is legally responsible to provide financial support for her child following birth,” and give the woman the address and phone number of a pregnancy help center.

The U.S. House of Representatives passed a national informed consent bill, sponsored by Rep. Trent Franks (R-AZ), requiring women to be notified of the possibility that they may reconsider and save their babies even after taking the first abortifacient pill. The bill has never passed the U.S. Senate.