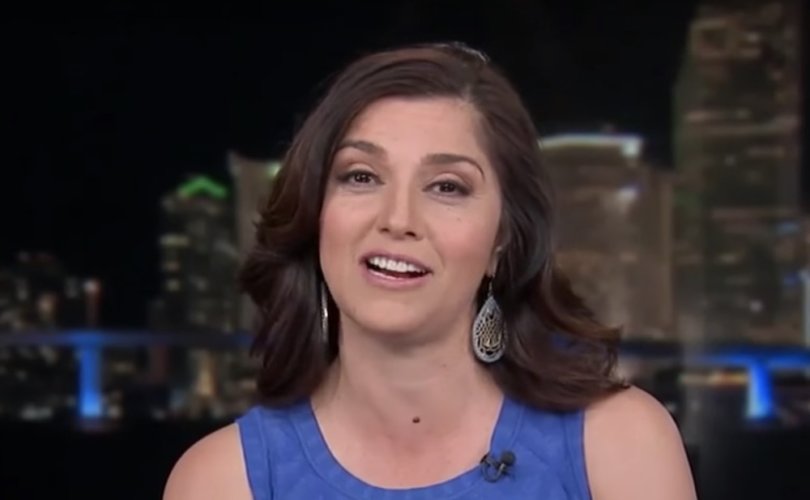 July 17, 2019 (LifeSiteNews) — Rachel Campos-Duffy is a Fox News pundit, a children’s book author, and the wife of Wisconsin Republican congressman Sean Duffy, who recently announced they are expecting their ninth child. While the Duffys embrace large families, they are also keenly aware of the cultural forces that look upon them with disdain.

On Monday, National Review published an interview with Campos-Duffy on her thoughts about family size, her Catholic faith, the reaction to her latest pregnancy, and more.

“I didn’t have a number in mind,” she said. “We didn’t plan one of my kids; they just kind of happened. So I’ve just kind of taken each one as a blessing sent to me by God. To be honest, this last one was kind of a surprise. I thought I was getting a little old. But apparently not!”

Children “are given to us by God, and they’re each special and unique in their own way, and they have to all be loved and in different ways and acknowledged for who they are as individuals,” she declared.

Campos-Duffy explained that while large families aren’t for everybody, one of the major advantages is the close friendships the children form among themselves.

“I would say that the best compliment I have gotten is from teachers who say they can tell that my kids come from a big family because they can see that they anticipate other people’s needs and they don’t think the world revolves around them,” she said. “They have to help, and there’s a lot of cooperation and teamwork that happens in a big family. And there’s also a lot of work.”

Through it all, faith has “kept our marriage strong and given us a sense of direction and purpose,” she added. “We pray together; we go to Mass together. It’s not always perfect by any stretch, but I think we all have a general direction and sense of what’s important in life. And both Sean and I come from families where family is really important.”

“Every kid is going to be his or her own individual, they all have their own style of doing things,” she elaborated, “but if being a good person, being kind, being considerate of others is your priority — versus all the other things that the world is telling us that we have to do as parents in terms of extracurriculars, and showing up to this, and going to this game, or making sure they have this material object — especially for a busy mom with a lot of kids, I think that simplifying is better.”

As for the public reaction to the size of her family, Campos-Duffy said most of the feedback has been positive, though what negativity she did see came primarily from political websites.

“It was on Politico and The Hill where many commenters had awful things to say about people with large families,” she said. “And it was so much misogynistic stuff like ‘Keep your legs closed,’ or comments that I’m basically an environmental terrorist — a lot of comments about our carbon footprint, which I thought was fascinating as well.”

She attributed at least part of the negativity to activists who have elevated environmentalism into its own religion.

“Just before I announced my pregnancy, [Rep. Alexandria Ocasio-Cortez (D-N.Y.)] posted a video saying, ‘Young people are wondering whether they should have kids,’ because she thinks the world is going to end in twelve years because of climate change,” Campos-Duffy said. “What she doesn’t seem to understand is that all our environmental problems, our medical problems, our political problems are going to be solved by humans. And so more humans seems like a good idea to me.”

In February, Ocasio-Cortez called “is it okay to still have children” a “legitimate question” between the specters of climate change and student loan debt. A month later, Sen. Mike Lee (R-Utah) argued that having more children would solve America’s environmental challenges rather than exacerbate them, because more future inventors and scientists means more “creativity, ingenuity, and technological invention.”