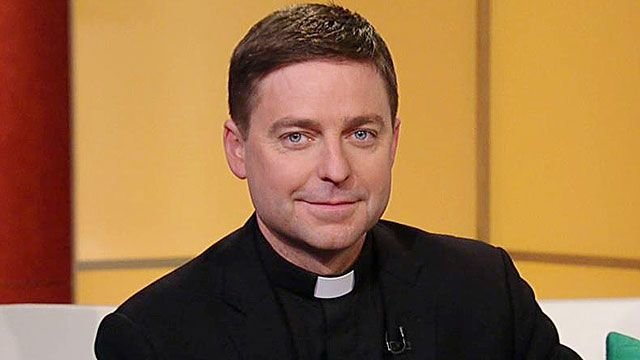 May 17, 2019, LifeSiteNews — Fox News contributor Fr. Jonathan Morris announced today that he is seeking permission from Pope Francis to be released from his priestly vows so that he can one day be able to “marry and have a family.”

Morris said today that “not being able to marry and have a family,” has been particularly difficult for him, while assuring the public that his decision is not due to an “existing relationship.”

In a pithy, three word Tweet posted this morning, Fr. Morris alerted his followers: “Some personal news…” and linked to Crux News which broke the story.

“After taking some months of sabbatical to be with family and to dedicate more time to prayer and retreat, I have decided to ask the Holy Father, Pope Francis, to release me from the duties and responsibilities of the clerical state (priestly vows),” wrote Fr. Morris in a statement. If the request is granted, Morris does not cease being a priest, but will no longer be allowed to function as one in the Catholic Church.

The former member of the Legion of Christ has been a popular on-air Fox News personality since joining the network in 2005.

Fr. Morris revealed in his statement that he has struggled with his vocation and the demands of the priesthood.

Taking this step is something I have considered often and at length in years past and discussed with my spiritual guides. While I have loved and thrived in so many aspects of my ministry, deep in my interior I have struggled for years with my vocation and with the commitments that the Catholic priesthood demands, especially not being able to marry and have a family.

My fear of disappointing people’s expectations of me has always held me back from taking this step. Only now, because of this sabbatical, have I had the clarity of mind and peace of soul to move in this direction.

My decision is not about an existing relationship, but rather about the peace and spiritual freedom I trust will come in the future by following God’s will for my life now.

My own experience should not take away anything from the many heroic men and women who are living out their religious vocations with admirable fidelity and fulfillment. I will be in the pews ready to support you, because my faith in God and love for my Church is stronger than ever. I look forward to serving in new ways alongside of you.

I hope you are able to hear in my written word the newfound joy I have in my heart as I begin this new chapter, despite my fear of stepping into the unknown.

I am grateful to God, my family, and to all of you for so much love, support, and understanding. Some will not understand; I’m okay with that too.

“Please pray for me,” he added.

A priest in the Archdiocese of New York, Morris served as a theological advisor for Mel Gibson’s movie The Passion of the Christ and later as director of The Catholic Channel on SiriusXM satellite radio.

Morris attended Franciscan University at Steubenville but left before graduating. He later obtained a licentiate degree in moral theology from Regina Apostolorum Pontifical University in Rome.

Most recently, Morris was Pastor of Our Lady of Mt. Carmel Church in the Bronx.

Correction (05-17-2019 18:32 E.T.): A previous edition of this article incorrectly said Fr. Morris graduated from Franciscan University. The error has been corrected.