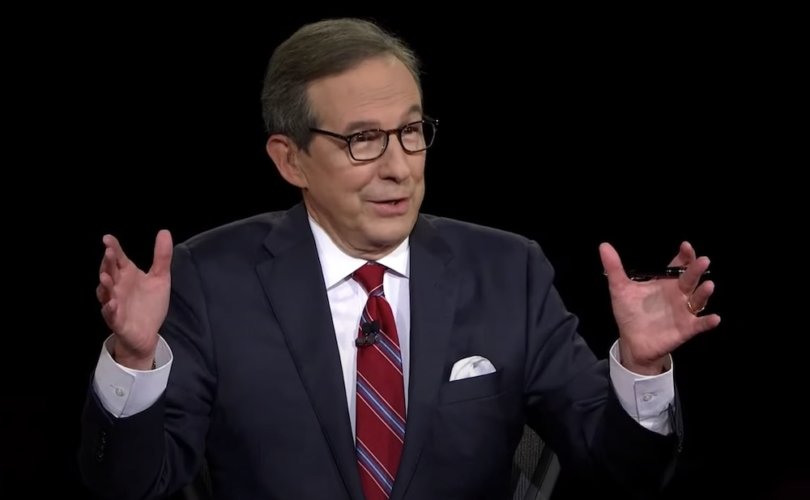 The debate (video, transcript) was a raucous affair, with Wallace frequently interjecting to try to get the candidates to stop talking over each other. Amid it all, though, many identified numerous instances of Wallace going well beyond that.

After the debate, the Trump campaign accused Wallace of interrupting Trump 76 times, but Biden only 15. One of Wallace’s own Fox colleagues, Brian Kilmeade, complained about Wallace giving Biden a longer leash than Trump:

Why is @JoeBiden allowed to interrupt? @realDonaldTrump is not

Wallace also assisted Biden and Biden’s framing of the issues at several points. During one exchange, Biden told Wallace that he does not support the controversial Green New Deal environmental plan, but rather than follow up by questioning which aspects of the plan Biden opposes, Wallace moved on to another issue.

At another point, Wallace questioned Trump about his administration’s efforts to end critical race theory (CRT) training in federal agencies. But rather than operate off CRT’s actual definition – “the view that the law and legal institutions are inherently racist and that race…is a socially constructed concept that is used by white people to further their economic and political interests” – Wallace accused Trump of ending “racial sensitivity training.”

Chris Wallace: “What is radical about racial sensitivity training?”

President Trump: “If you were a certain person, you had no status in life — it was sort of a reversal.” pic.twitter.com/CoBK7hAF39

Minutes later, Wallace claimed “ There has been a dramatic increase in homicides in America this summer particularly, and you [Trump] often blame that on democratic mayors and democratic governors. But in fact, there have been equivalent spikes in Republican-led cities, like Tulsa and Fort Worth.”

In August, the Wall Street Journal did report rising homicides in Tulsa and Fort Worth, as part of a spike in homicides in America’s largest cities. However, Fort Worth, Texas and Jacksonville, Florida are the only cities in the top thirteen controlled by Republicans. Additionally, Democrats run nine of the ten cities with the most violent crime per 100,000 people:

Democrats run the most dangerous cities in America #Debates2020 pic.twitter.com/VC9WVvVoyM

At one point, moderator Wallace went so far as to joke about one of the competitors (Trump) with the other (Biden). When he asked Biden to answer the final question in Trump’s previous comment, Biden cracked that “I can’t remember which of all his rantings” was the final. Wallace quipped that “I’m having a little trouble myself.”

Arguably the most controversial moment, however, came when Wallace asked Trump if he was “willing tonight to condemn white supremacists and militia group and to say that they need to stand down and not add to the violence in a number of these cities as we saw in Kenosha and as we’ve seen in Portland.”

Joe Biden: “Antifa is an idea, not an organization.” #Debates pic.twitter.com/JnTsEX9Yol

“Sure, I’m willing to do that,” Trump responded. “Well do it, sir,” Wallace pressed, without acknowledging that Trump has repeatedly condemned white supremacists over the past three years, including in his now-infamous remarks about “very fine people” who opposed the removal of Confederate statues.

Biden repeated the false claim that Trump’s “fine people” remark was referring to racists “spewing anti-Semitic bile and accompanied by the Ku Klux Klan,” but Wallace did not correct him. Nor did Wallace challenge Biden to condemn the violent leftist movement Antifa, despite Biden’s claim that “unlike white supremacists, Antifa is an idea not an organization.”

At one point, Trump quipped to Wallace, “I guess I’m debating you, not him”:

President Trump has a back and forth with Chris Wallace:

“First of all, I guess I’m debating you, not him” pic.twitter.com/DmMnjiT3Sh

In the wake of the debate, some conservatives were left scratching their heads as to why Republicans agree to Democrat-friendly debate moderators in every presidential election:

I’d love to speak to someone from the RNC responsible for negotiating debates.

Serious question: Why do you habitually fail your candidates and your voters?

Chris Wallace’s anti-Trump bias was known well before he was chosen to moderate the debate. Last December, he accused Trump of undertaking the “most direct sustained assault on freedom of the press in our history,” based entirely on Trump’s critical rhetoric about the mainstream media.

Wallace’s claim ignored scores of examples of concrete actions past presidents have taken against press freedom, from the infamous Alien & Sedition Acts (signed by John Adams) to the Espionage Act (signed by Woodrow Wilson), which Trump’s predecessor, Barack Obama, used to prosecute more journalists than all his predecessors combined.