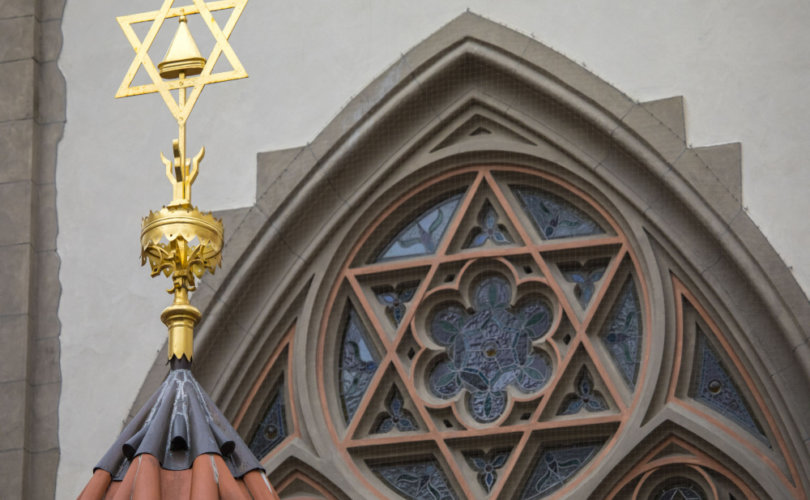 (LifeSiteNews) — With a south Florida synagogue filing a lawsuit against the state of Florida’s new 15-week abortion ban — arguing that it violates the “religious freedom” of Jews — Father Frank Pavone challenged the proposition and explained how it remains “off point.”

The well-known national director of Priests for Life was speaking to a complaint filed June 10 by the L’Dor Va-Dor Congregation of Boynton Beach that seeks to impede the enforcement of HR 5, the state’s new 15-week abortion ban signed into law by Gov. Ron DeSantis on April 14 and goes into effect on July 1.

Utilizing a seemingly novel argument for individuals identifying as Jewish, the synagogue’s filing proposed that HR 5’s further restriction on the killing of preborn children was an imposition against the practice of their religion:

“In Jewish law, abortion is required if necessary to protect the health, mental or physical well-being of the woman, or for many other reasons not permitted under the Act [HR 5]. As such, the Act prohibits Jewish women from practicing their faith free of government intrusion and thus violates their privacy rights and religious freedom.”

In response, Fr. Pavone clarified to LifeSiteNews in a telephone interview, “First of all, we’re talking about an action that is killing an innocent human life, and therefore the government can in fact restrict [this], even if someone is going to say, ‘My religious freedom requires me, requires me, in certain circumstances to abort.’”

While maintaining respect for the sincerely held religious beliefs of such persons, the priest explained, “Nevertheless, the government can restrict someone’s religious freedom precisely out of an interest to protect others.”

To illustrate the point, Pavone made reference to several legal cases regarding a state’s ability to restrict religious practice due to a compelling interest with regard, specifically, to the practice of poisonous snake handling, which was practiced in some churches throughout several southern states.

“Based on the words in the Gospel that ‘they will handle poisonous snakes and not be harmed,’ some of these churches had snake handling going on in their services,” he explained. Yet, “for the protection of the lives of the congregation, the state came in [with legislation] and said, ‘you can’t do this.’”

And while some of these churches challenged the new laws with litigation “the courts upheld [them]” ruling that though they recognize religious rights, when the state “has a compelling interest and when there’s no other way to advance that interest, [they can use] the least restrictive means [to do so].”

Thus, “in this case the state [of Florida] is asserting … its compelling interest, and it’s an interest in protecting human life,“ Pavone said.

“Secondly, it’s a little bit strange to me that they’re bringing this up [now] because Florida law does not allow unrestricted abortion. It stops at 24 weeks,” he explained. “And so, my question would be, ‘Why are you bringing this lawsuit now. Isn’t [the current law] already a problem [for you]?’”

“Do they consider the 24-week restriction to be an imposition on their religious freedom also?” he asked rhetorically.

Finally, Pavone, who now resides in Florida, asked, “How can you say this is an imposition of somebody else’s belief on you, because allowing abortion up to 15 weeks isn’t our religious belief.”

Last month, more than 140 Jewish organizations, including the Anti-Defamation League, sponsored what they called a “Jewish Rally for Abortion Justice,” affirming the position of the L’Dor Va-Dor’s lawsuit, stating “abortion access is a Jewish value” and “banning abortions is a religious freedom issue.”

While 83% of American Jews believe the killing of preborn children should be legal in all or most cases, that is certainly not the case for all. In response to the Jewish Rally’s assertions, Orthodox Rabbi and longtime prolife hero Yehuda Levin denounced this movement, calling it “blasphemous,” “dishonest,” “totally duplicitous,” and “totally untrue.”