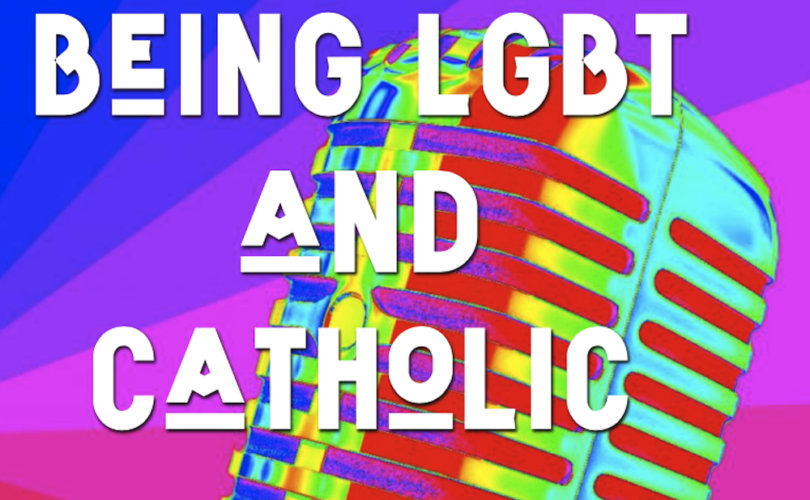 The “LGBT Catholics and Friends Ministry” at New York City’s St. Ignatius Loyola Church issued “Being LGBT And Catholic,” a slick 32-page collection of brief testimonials about how sexually active gays can be at home within a neighborhood parish.

In a tweet bursting with pride, Fr. Martin, editor-at-large for Jesuit-run America magazine and consultant for the Vatican Communications office who is known for his controversial homosexuality-affirming support, said:

So proud of my parish, the Church of St. Ignatius Loyola in NYC, for this spiritual resource. They sponsored an evening where parishioners shared their faith journeys with the whole parish. Their stories are now compiled in a book you can read and download https://t.co/bKECm3YUpT pic.twitter.com/qY32EVWWqM

The booklet reveals that this parish ministry is unlike the Courage Apostolate that helps same-sex-attracted Catholics to live chaste lives.

“We are a group of LGBT parishioners and family and friends (and parents) of LGBT persons,” begins an explanation of the group’s goals.  “We are a parish ministry of, by and for our lesbian, gay, bisexual and transgender sisters and brothers in Christ.”

The booklet contains “four first-person accounts of how the faith journey as a gay Catholic unfolded for some members of this ministry,” according to an introductory statement.  The booklet also contains two accounts of “what it means to be a parent of a gay child.”

The longest of the stories tells the tale of Michael, who in 1979 moved to NYC while in his early 20s and contracted HIV from one of his many sex partners.

He speaks graphically of the debilitating nature of the disease he has endured for 32 years, and the horrendous side effects of the medication he has had to take in order to ward off death.

“I still have gigantic issues with Church teaching on human sexuality and the theology of the body,” he says. “I never have felt shame about my own incarnation.”

Lou, along with a man he calls his “husband,” were drawn to become parishioners at St. Ignatius Loyola in 2017 after reading Fr. Martin’s book, Building a Bridge.

Another man who tells his story in the booklet says he plans to marry his male partner this year.

The youngest person to tell his story, Marcos, is a 17-year-old boy who “came out” while a high school sophomore. He says, “I want to learn how to truly embody being gay and Catholic.”

His father, Ivan, tells his side of the story in a separate entry, saying he “chose to come out as the father of a gay man.”

“My son was born gay,” Ivan asserts.  “That is an important lesson that I have learned.”

Ivan then doubles down, reiterating the untruth he just told: “My son did not choose to be gay; my son was born gay. This is part of his being.”

“I dream about the day when Marcos will introduce us to our new son-in-law,” adds Ivan. “I hope I walk together with my son down the aisle.”

These stories reflect a parish ministry that ignores Church teaching on sexuality, doing a grave injustice to those it purports to support.