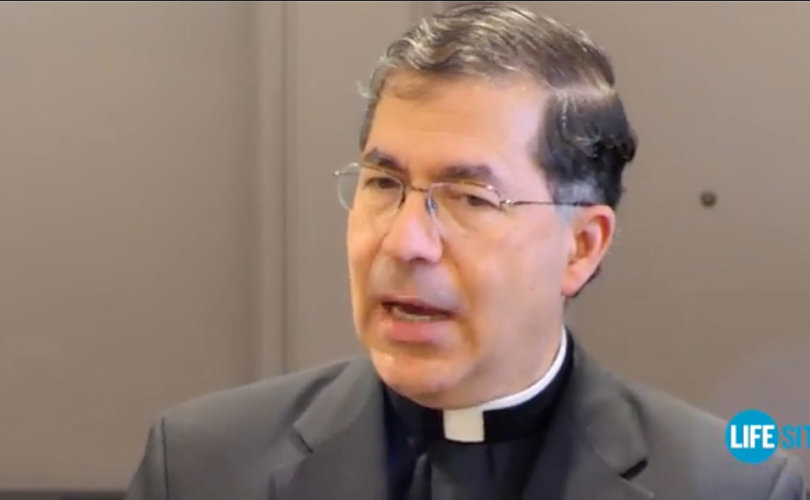 January 17, 2017 (LifeSiteNews) – The pro-life cause will “make significant progress” thanks to the election of Donald Trump as president, according to Priests for Life National Director Father Frank Pavone.

In a video interview with LifeSiteNews, Pavone said pro-lifers should “celebrate” and “rejoice” in their recent political victories. There are pro-life majorities in the House and Senate, and Trump has promised to sign legislation defunding Planned Parenthood and ending late-term abortions on babies who can feel pain.

Being elected places on one “a physical burden, a moral burden, a spiritual burden, a psychological burden,” said Pavone. “We can’t just put that burden on them and step away. We’ve gotta be right there to continue to support them.”

It is important pro-lifers continue praying for the country because during this “time of transition,” many people are being chosen for high-ranking government jobs that will deal with abortion, healthcare, and conscience rights policy, he said.

“All indications are that that process is going very well,” said Pavone.

The pro-life leader told LifeSiteNews that people should look at the Trump administration with a “we,” not an “us-them,” mentality.

“It’s not just about promises that they made. It’s about a common commitment that we have along with them,” he explained. “We each have responsibilities: the elected and those they serve, to carry out our common commitment to defend life, freedom, family, and America. So we need to be working alongside” each other.

Although the pro-life movement isn't likely to have all of its goals reached under the Trump administration, “We’re going to have real progress,” Pavone predicted. “This was a real victory and it’s going to lead to real results.”