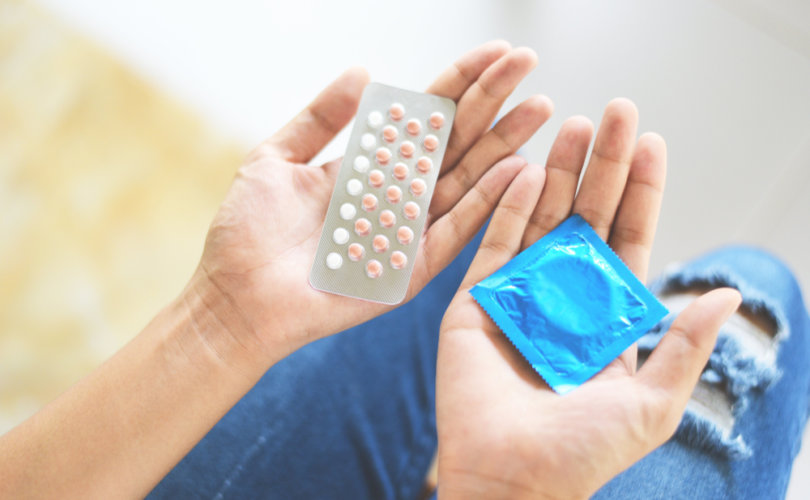 PARIS (LifeSiteNews) — Earlier this month, French health minister Olivier Véran proudly proclaimed that as of January 1, 2022, contraception will be 100 percent “free” for all women up to age 25, as well as pregnancy tests, medical appointments and bio-analyses in connection with birth control. Less than 24 hours later, France’s move was enthusiastically commended by the World Economic Forum in a short video published on its official Twitter account.

Véran made his announcement on the nationwide taxpayer-funded television station France 2, explaining that the main reason a number of young women do not use contraception is because of its cost. This statement was contradicted by the news center of the Fondation Jérome-Lejeune, Généthique.

Since 2013, girls aged 15 to 18 can already get free contraceptives in France, and since July of last year, girls under 15 were added to the list because, according to the government, every year some 1,000 girls aged 12 to 14 get pregnant. 770 of these pregnancies end in abortion. Contraception is delivered anonymously for minors.

Véran explained, “I have noted, in conjunction with scientific authorities, that contraception is being used less among a number of young women, and the primary reason is that they are giving up for financial reasons.”

“Hormonal contraception will be covered, as well as the biological tests that go with it, the consultation for the prescription and all care related to this contraception up to the age of 25,” he added.

The French state will spend €21 million per year to pay for young women’s contraception, which amounts to the taxpayer footing the bill for young people who decide to have an active sexual life without accepting its natural consequences: pregnancy and childbirth.

“It is unbearable that women cannot protect themselves, that they cannot have contraception, when they want to obviously, because it costs them too much in their budget,” insisted Véran. Here “protecting” is not against some illness, but the possible advent of a new human life.

Bertrand de Rochambeau, president of France’s main gynecologists’ association, welcomed the measure, stressing that it is all the more “useful” because it is targeted at women who are “in the most fertile years of their life” and who also often “find it difficult to make ends meet.” Clearly, the government’s idea is not to help women to take advantage of their peak natural child-bearing years at a time when an increasing number of couples are facing subfertility issues by helping them get out of their financial problems.

The bar has been set at 25 years of age, said Véran, because “it is an age that corresponds, in terms of income, social and economic life” to “greater autonomy,” it is also the age when people can no longer be part of their parents’ health insurance. Some 3 million women are potential beneficiaries of the scheme.

This revealing phrase was not picked up by the French press, but it could well be key: Female students who benefit from their family’s health insurance will ordinarily obtain reimbursements for artificial birth control, visits to the gynecologist and the like — but possibly not anonymously. Shifting the burden of the funding of contraception to the state will make them have the same privacy as those under 18. The whole process is covered by medical confidentiality and the national health insurance, or “social security,” will not send any payout statement to parents regarding these consultations and prescriptions.

Under the new rules, first and second-generation pills will be fully paid for by state funds, as well as contraceptive implants, IUDs, and diaphragms. All other forms of birth control, including third and fourth generation pills, are not included in the plan.

The French government’s website presented free contraception for young adults as a way to prevent abortions and their “potential repercussions on women’s health.” While this looks like a welcome (and all too infrequent) acknowledgment that abortions do cause problems for women who get them, it remains silent regarding the abortive effects of hormonal contraception and intra-uterine devices, the latter’s main way of functioning being to impede the implantation of the fertilized egg that is already a fully individualized human being.

The measure probably also has other objectives. A study by Santé publique France (Public Health France) in 2016 revealed that ever fewer French young women are turning to the pill as their method of birth control, choosing implants or IUDs instead, or counting on male condoms that have a higher failure rate. The issue for these younger women is not the cost of contraception but a lack of confidence in hormonal birth-control and modern IUDs, ever since major scandals were revealed around 2013 regarding their sometimes life-threatening side effects.

First and second generation pills cost about €1.50 euro per month, which is roughly $1.75.

At the same time, “contraceptive coverage” in France is exceptionally high: The Higher Health Authority (HAS) noted in 2013 that “very few women use no contraceptive method at all.” It looks as if the state is trying to push young adults to turn to hormonal anti-birth drugs and long-lasting contraception by making it free and anonymous.

Généthique, the news and information website of the pro-life Fondation Jérôme Lejeune, commented that money was not the issue here:

This announcement was widely welcomed by the Order of Midwives, which considers that “the cost of contraception is a major obstacle to its use by 18–25-year-olds.” But this analysis is not shared by [pro-abortion] gynecologist Israel Nisand: “The financial reason is present, but in second place.” … Here are young people who refuse to hear about contraception. Firstly, because it’s the one their mothers used. Secondly, because it’s hormones, and disturbs the body.” The “verification” section of Le Figaro confirms that the reasons for the decline in contraception “are multiple and largely related to the various media episodes that have highlighted certain undesirable effects of the pill.”

Généthique also quoted numbers from the official health statistics DREES that show a decrease in abortions since minors got access to free contraceptives in 2013. It added:

But “when you analyze the DREES data in detail, you realize that the number of abortions has certainly declined among minors since the introduction of free contraception, but it has also declined, and in the same proportions, among young adults aged 18 and 19,” according to Pascale Morinière, president of the Catholic Family Associations. Not to mention that “72% of abortions occur in women who are using contraception.”

Meanwhile, the World Economic Forum has given its full approval to Véran’s announcement, at a time when other COVID tyranny measures are so profoundly disrupting the lives and freedoms of millions of people all over the planet.

The WEF tweeted: “They won’t have to pay for contraceptives, tests or any kind of medical care related to pregnancy. Read more about how having the right knowledge can change lives …”

In the accompanying 75-second video, the leaders of Davos and promoters of the “Great Reset” showed positive images of French young women enjoying work and coffee on a typical Parisian terrace, with the words: “From 1 January 2022, they’ll no longer pay for contraceptives, pregnancy tests.”

Other sunny images of women walking along bustling avenues had the caption: “Abortions are already free for everyone in France.” A darker segment followed, showing African women walking in the dust or crowded into makeshift health facilities, surrounded by numerous small children, with the words: “Across the world, 190 million women who want to avoid pregnancy are not on any birth control. Africa has the lowest percentage of women using contraception. Cost and access are a factor. But so are myths about its impact on fertility. How else can countries improve the health of women and girls?”

Refreshingly, most comments under the video are severely critical.