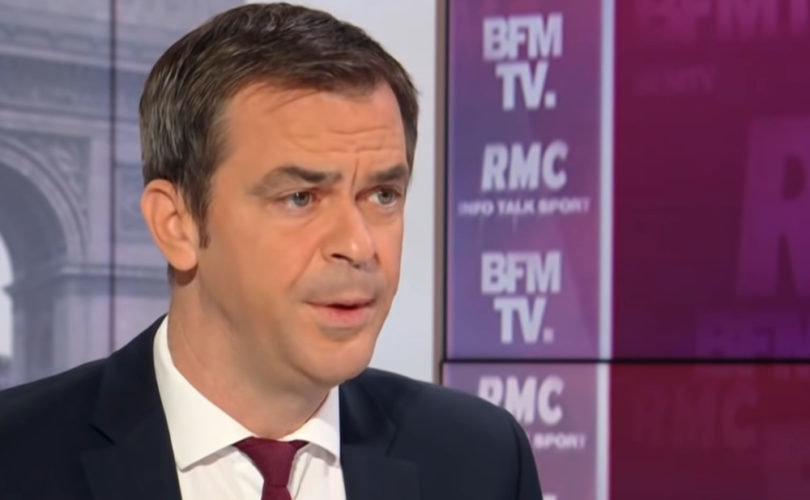 PARIS (LifeSiteNews) — The French health minister has announced that the vaccine passport requirement currently imposed in France will “likely” be dropped before this summer.

“The vaccine passport will have an end, and based on the current dynamic of the pandemic, it is likely that this end will come well before the month of July,” said the minister, Olivier Véran, during an interview with television news channel BFMTV yesterday.

The vaccine passport was adopted by the French government in January 2022 after a bill passed by parliament turned the so-called “health pass” into a full-blown vaccine passport.

Until January 17 of this year, the “health pass” still allowed unvaccinated citizens to present a negative COVID test in lieu of proof of vaccination to access certain premises such as restaurants, cafés, leisure venues, and regional public transports. Following the vote, this was no longer possible.

The vaccine passport was originally set to remain in place until July, but Véran’s recent statement brings with it hope that the measure could be lifted much earlier than that.

“The worst is behind us,” he explained.

“When we have emptied ICUs and liberated space for patients who would normally be in ICU, when non-COVID-related healthcare in France no longer needs postponing, and when there is no new variant circulating, then the purpose of the vaccine passport will be completely debatable, and we will be able to scrap it.”

Véran still insisted that French citizens should be vaccinated, however, and said his scientists and advisors had found that the immune system must have been exposed “at least 3 times,” either from vaccination or infection, to be efficiently protected. He encouraged everyone to get their booster shot and argued that “at the very least, people should receive one dose of the vaccine,” he said.

The French health minister neglected to mention that so-called breakthrough cases have been on the rise all over the world, including following the reception of a third dose or “booster shot,” and that the inoculations have also led to serious injuries and even deaths, making both the safety and the efficiency of the vaccines questionable.

A recent study by the CDC has also shown that natural immunity offers stronger and longer lasting protection than COVID vaccination.

Véran also implied that at present most people in ICU are unvaccinated although he provided no data to back-up his claim. Data from other countries points to the opposite trend.

“We still have to call people to tell them, ‘We can’t operate tomorrow; we need the room,’ and it’s generally for someone who is not vaccinated and develops a severe form of COVID,” the health minister claimed.

Véran then pointed out that 7 million people are at risk of losing their vaccine passport by February 15 if they do not get a booster shot. Not counting people who have been given natural immunity by overcoming the Omicron variant, the number is still at 4.7 million according to RT France.

Meanwhile, many French citizens, including healthcare workers, have been demonstrating en-masse against the vaccine mandate in place since August of last year.

This has led to hundreds of thousands of French citizens forging vaccine passports. According to the French health minister, 300,000 fakes were detected by the authorities and will be deactivated in the next few days.