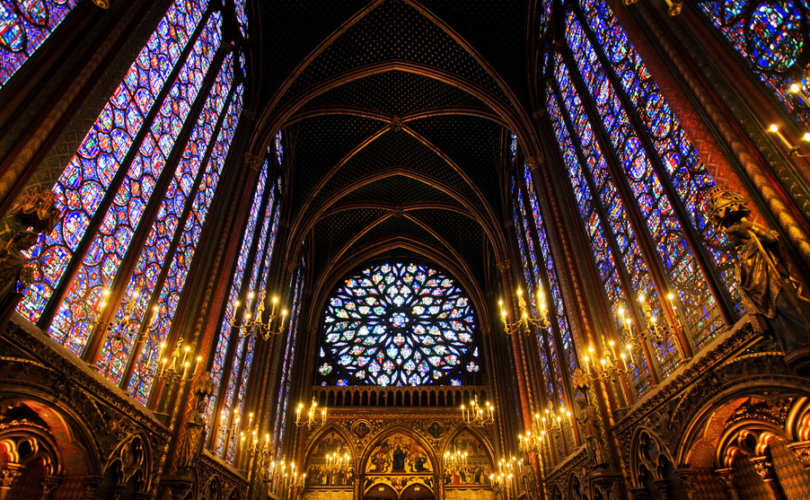 May 12, 2020 (LifeSiteNews) – Four Catholic priestly and religious associations, along with a lay Catholic group, will separately argue to the highest administrative court in France about overturning the continued ban against all public religious services.

Four traditional Catholic priestly and religious associations and/or their personal representatives, and in a parallel procedure, the AGRIF (General Alliance against Racism and for the respect of French and Christian Identity) representing lay Catholics in France, have petitioned the highest administrative jurisdiction in France, the “Conseil d’Etat,” in order to obtain the suspension of the dispositions of the “deconfinement” decree of May 11 prolonging the prohibition of all public religious services indefinitely.

The hearings in these emergency procedures will take place on Friday, May 15 and the Council of State’s decision should follow within 48 hours.

For the time being, as was the case during lockdown, only funeral ceremonies are allowed to take place in churches, with a maximum of 20 participants.

The four religious associations are the Priestly Fraternity of St Peter (FSP) and its representative Fr Benoît Paul-Joseph, Superior of the district of France; Fr Philippe Laguérie, former Superior general and founder of the Institute of the Good Pastor (IBP);  the Association of the friends of the French province of the Institute of Christ the King Sovereign Priest (ICKSP), together with its president Canon Gilles Guitard and the head of the French province, Canon Louis Valadier; and the Dominican traditional fraternity of St Vincent Ferrier with its representative Fr Louis-Marie de Blignières. All were linked to the former Ecclesia Dei commission.

They received public support from Dom Louis-Marie, Father Abbot of the Barroux  Benedictine Abbey in Provence, and will be represented at the Council of State by Jérôme Triomphe, who was one of the defendants of Pierre and Viviane Lambert in their bid to save the life of their son Vincent, the handicapped and minimally conscious young man who was dehydrated and starved to death in France last July. Triomphe is also the main lawyer of the AGRIF.

The AGRIF itself, which has a juridical habitation to represent in particular the interests of Catholics against discrimination and “racism,” is presenting a slightly different case for lay Catholics who have been deprived from public Masses and the Sacraments for nine weeks running. Also signing its recourse are president and founder Bernard Antony and two vice-presidents, Guillaume de Thieulloy and the author of this article. It is represented by Bruno Le Griel who is specialized in high court procedures.

With coronavirus infections and related respiratory disease and deaths on a downward trend, France officially entered into a period of “deconfinement” on Monday. A number of restrictions to liberty of movement were lifted and the partial reopening of shops, businesses, public transport, small museums and primary schools is taking place this week. Circulation is free within a hundred kilometer radius from each individual’s home.

However, as announced by Prime Minister Edouard Philippe last week, churches (and other religious venues) may still not organize public religious ceremonies and reunions until further notice under any condition, even though individual faithful are allowed to enter and pray provided “social distancing” is observed.

The French bishops, traditional communities and lay Catholics have made clear that they are prepared to observe any rules necessary to avoid the spread of COVID-19.

Despite their assurances, the French government has adopted a secularist stance while at the same time showing itself more open to local mayors or public transport authorities. For example, the government intended to keep the beaches closed but in Brittany, many beaches are to open shortly after local authorities finally received permission to manage the conditions under which small groups will be allowed to walk, swim and spend a little time just sitting on the sand.

Air transport authorities who complained about the stringent “social distancing” requirements that would compel them to fill the aircraft up to half capacity at most — forcing them to push up fares up to 43 percent — were also heard. Now passengers will only have to pass a temperature test and wear a mask for planes to be filled to capacity.

The Paris Metro is also functioning once again at 75 percent of its capacity, but “social distancing” has revealed itself to be a mental construct. On some lines, cars are full to bursting, and the badly aired underground corridors to reach the trains are also full of travellers.

On the other hand, churches, which are generally big and well-aired buildings – where even congregations representing 50 percent of their nominal capacity can remain widely spaced apart, and that are mostly static by nature – are still being considered as potential nests of infection.

The religious associations’ emergency procedure underscores that the inequality of treatment of which they consider themselves to be victims is in direct violation of the French law of separation of State and Church of 1905 as well as international declarations of rights, which impose respect for all religions and freedom of worship, as a fundamental liberty.

It notes that while French Interior minister Christophe Castaner explained last week that believers have the option of praying at home, the law of separation strictly forbids interference of the State with the practice of religion: “The believer is sole judge of what is necessary and urgent for himself, not the government,” state the written arguments that will be presented to the Council of State.

Those arguments also insist that if psychological needs were taken into account even during the confinement in order to decide to open garden and do it yourself shops, spiritual needs also exist and are being “violated in an extremely grave manner,” because Catholic worship includes community worship and in particular access to Eucharistic Communion (but also confession) as an “essential spiritual good.”

“There is nothing symbolic or merely cosy about Communion for a Catholic. It is the reception of the body of Christ truly present with His body, His blood, His soul and His divinity,” and “the Catholic religion is the religion of Incarnation through which God makes himself truly present at Mass,” as opposed to other, even Christian religions which can do without material realities.

“No one is asking the government to profess the Catholic faith. Instead, we are demanding respect for this faith and for its urgent necessities,” the religious associations will plead.

Underscoring that Catholics are being treated as lesser citizens because for all other activities, solutions have been found while the prohibition of public worship is absolute, the religious associations add that there is no sanitary justification for prohibiting all forms of public worship.

The prohibition is totally illegal in so far as many places and activities that are supposed to be more prone to the spread of COVID-19, such as small shops and hairdressers, have been allowed to open and that gatherings of 10 people have become legal once more. The recourse adds that following religious ceremonies on television is not in exercise of the right to worship, no more than following the Tour de France on screen constitutes active cycling.

It is also illegal because it is not proportionate to its end because it is absolute, with no regard for the actual presence of the coronavirus or not in the different regions of France, and because there is no end date for the prohibition as was the case in former decrees relative to the COVID-19 crisis.

The AGRIF’s uses many of the same arguments, insisting on the fact that freedom of worship is a “fundamental liberty,” including free access to “goods necessary to the exercise of worship,” including places of worship, as administrative jurisprudence has established.

It also underscores that during confinement, on April 2nd, the Council of State overturned the general prohibition of public food markets, allowing local authorities to decide whether or not these could be held because they could judge whether sanitary requirements could be upheld. A large number of country markets were reopened from that date.

These requirements are much easier to implement in churches, the AGRIF argues. It even suggests that public ceremonies could only take place once a week, allowing churches and places of worship to be “naturally” totally disinfected through the absence of carriers of the coronavirus.

The AGRIF also underlines that 63 professions entered into discussions with the government in order to prepare deconfinement regulations, but that only the  representatives of religions, who were ready to talk with the authorities, were not allowed to join this cooperation.

“The question is not about knowing whether the extension of a general prohibition of gatherings in places of worship is justified by the present sanitary situation. It is to know whether these gatherings (for collective prayer, religious ceremonies, weddings…) can observe the same sanitary regulations as other activities that have been permitted to resume. The answer is obviously in the affirmative…” according to the AGRIF.

It concludes its arguments with reminders that it is not up to the state to decide what is necessary to the practice of religion or not and that freedom of worship is “one and complete.”