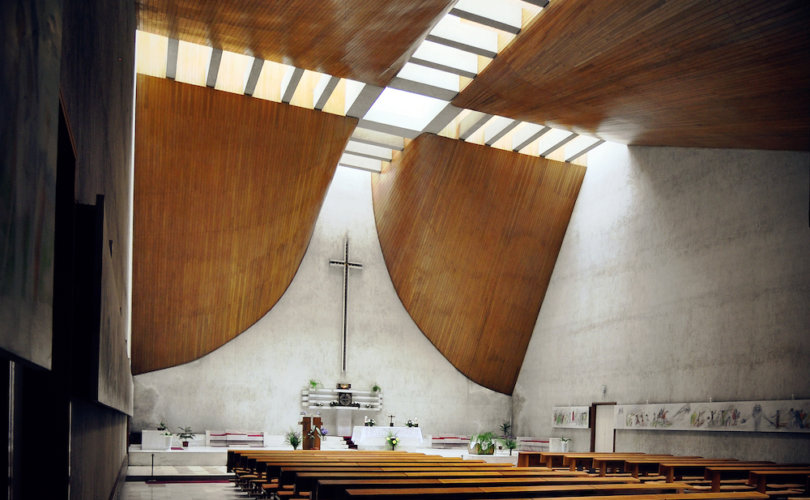 EDITOR'S NOTE: The following is the second of seven excerpts from a talk by Fr. Linus Clovis at the Catholic Truth Scotland Conference in June 2016. Part 1 is here. To read his presentation in its entirety, click here.

November 1, 2016 (LifeSiteNews) — Modernism is the offspring of certain tendencies prevalent in 19th century liberal Protestantism and secular philosophy. With centres in France, England, Italy and Germany, the spirit of Modernism was fed by the studies of Kant and Hegel, by liberal Protestant theologians and biblical critics, such as von Harnack, by the evolutionary theories of Darwin, and by certain liberal political movements in Europe.

The two roots of Modernism are the Protestant revolution and the Enlightenment.

Modernism’s two luminaries in the Catholic Church were Fr. Alfred Loisy, a French theologian and Scripture scholar, and Fr. George Tyrrell, an Irish-born Protestant who became a Catholic and Jesuit, though he was dismissed from the Jesuits in 1906. These men were eventually excommunicated for their espousal of Modernism.

Since it has no official creed, Modernism is hard to define.  However, there are some basic components by which it can be identified. Modernism holds that

Modernism’s ultimate position is that the content of Church dogmas does not remain the same for all time but rather, it evolves over time changing not only in its expression but also in its substance.  This postulate is responsible for Modernism’s uniqueness in the history of Church heresies.  By definition, a heretic is someone who believes and teaches tenets at variance to what the Church believes. This ordinarily would lead to excommunication from the Church.  Using the new idea that doctrines evolve, it is now possible for the Modernist to accept both the traditional teachings of the Church and his new, seemingly contradictory teachings as being equally correct — each group having own its time and place. This system allows for almost any type of new belief which the Modernist in question might wish to introduce and, for this reason, Modernism was labelled by Pope Pius X as “the synthesis of all heresies”.

With this understanding, Modernism is now easily recognised as a heresy that attacks the mind of the Mystical Body so that the Church leaders behave schizophrenically and the laity act as if suffering from some form of dementia.  Further, not only do both groups forget who they are but they are equally quite incapable of handing on the fullness of Faith and the Catholic identity to succeeding generations.