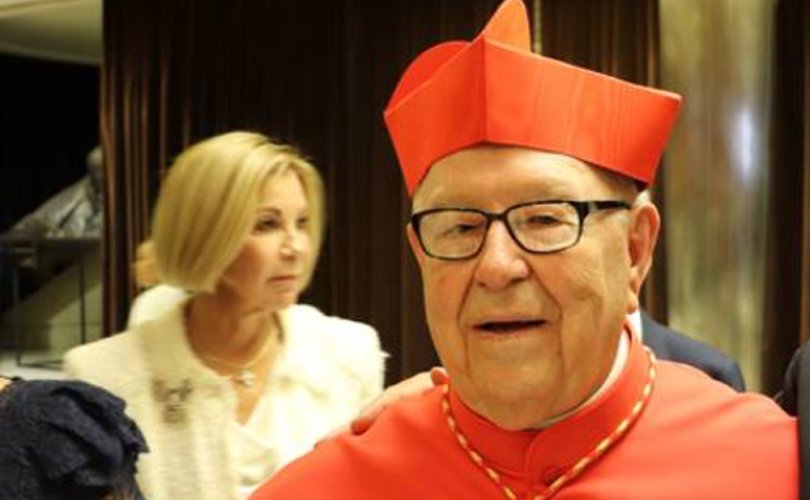 MEXICO, August 21, 2018, (LifeSiteNews) – Reacting to the recent avalanche of reports of clerical sexual abuse around the world, a newly minted Mexican Cardinal has suggested that victims who accuse priests should be “ashamed” because they too have skeletons in their own closets.

Those who “accuse men of the Church should [be careful] because they have long tails that are easily stepped on,” said Cardinal Sergio Obeso Rivera according to a report in Crux.

“I’m here happy to talk about nice things, not about problematic things, it’s an accusation that is made, and in some cases it’s true,” said Obeso Rivera.

The cardinal’s remarks to journalists came after the release of a sweeping, two-year-long Pennsylvania Grand Jury investigation into sexual abuse by Catholic priests.  That report has sent shockwaves around the globe.

The bombshell Pennsylvania report became public while the scandal of homosexual abuse of seminarians and other young men and boys by disgraced, former Cardinal McCarrick was still making headlines.

Obeso Rivera’s statement also came on the heels of reports of a Honduran Cardinal’s mishandling of a crisis involving rampant homosexual activity at a major seminary in his archdiocese, as well as reports of complicity by Chilean Bishop Juan Barros in covering up a widespread child sex abuse scandal in his country.

Obeso Rivera was made a Cardinal by Pope Francis less than two months ago.  He was formerly the Archbishop of Xalapa, in Veracruz, Mexico.