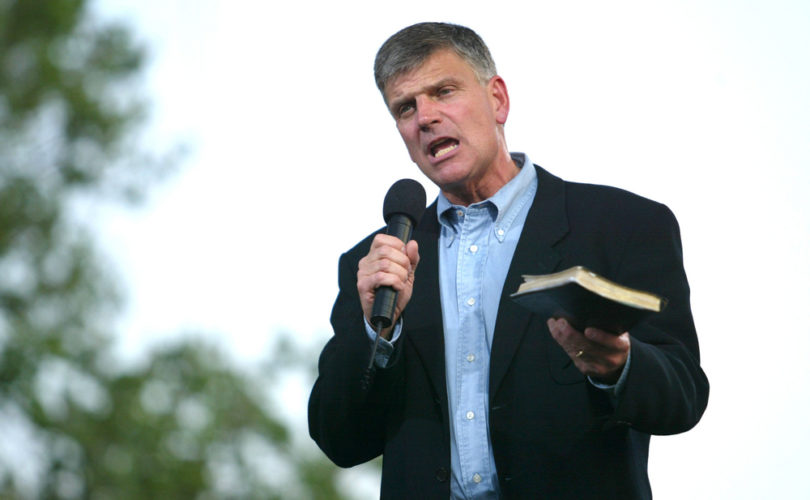 Over the past few days, several websites have drawn attention to a 2015 interview Carter gave to HuffPost Live in which he discussed the tension between his professed Baptist faith and the left-wing dictates of his party.

Faith has “always been important in my life. Y’know, I’m a born-again Christian, so-called, I’m a Baptist. I taught Sunday school the day before yesterday, I’ll be teaching again next Sunday, I teach every Sunday that I’m home in Plains,” he told interviewer Marc Lamont Hill, claiming to have “never run across any really serious conflicts between my political obligations and my religious faith.”

However, he went on to claim that “Jesus would approve gay marriage,” admitting he didn’t “have any verse in Scripture” to substantiate that claim. He asserted, “Jesus would encourage any sort of love affair that was honest and sincere, and was not damaging to anyone else.”

Carter admitted that abortion “has been a long-time problem of mine” and that Jesus would not “approve” of it, although he made the unsupported claim that Jesus would make an exception if “it was because of a rape or incest or if the mother’s life was in danger.” As president he ultimately ducked the issue by claiming “my oath of office was to obey the Constitution and the laws of this country as interpreted by the Supreme Court.” (In fact, several pro-abortion legal scholars admit Roe v. Wade was wrongly decided.)

In a July 9 Facebook post, Graham reminded the 93-year-old former president that “Jesus didn’t come to promote sin, He came to save us from sin. The Bible is very clear. God destroyed the cities of Sodom and Gomorrah because of homosexuality.”

Graham, the eldest son of the late Rev. Billy Graham and head of the globally-active religious charity Samaritan’s Purse, called the possibility of Graham’s comments misleading people “very troubling,” and stressed that sin is defined by God’s Word rather than popular opinion.

“God loves us and gives us the truth in His Word,” he said. “He warns us of the serious consequences of sin.”

Therefore God also gave them up to uncleanness, in the lusts of their hearts, to dishonor their bodies among themselves, who exchanged the truth of God for the lie, and worshiped and served the creature rather than the Creator, who is blessed forever. Amen. For this reason God gave them up to vile passions. For even their women exchanged the natural use for what is against nature. Likewise also the men, leaving the natural use of the woman, burned in their lust for one another, men with men committing what is shameful, and receiving in themselves the penalty of their error which was due.

As for abortion, the Bible repeatedly condemns “murder” and “shed[ding] innocent blood” as “detestable to” the Lord, because “in the image of God has God made mankind.”

“What’s the conclusion, then, that pops out here?” pro-life apologist Scott Klusendorf has written. “Well, there’s really only one question left to ask. If the unborn are human, then the same commands that forbid the shedding of innocent blood in these other cases apply to them as well.” Long-settled biological criteria and mainstream medical textbooks establish that a whole, distinct, living human exists once fertilization has occurred.

Carter endorsed same-sex “marriage” in 2012, and has previously said it’s time for the United States to elect an openly-homosexual president. According to The Real Jimmy Carter author Steven Hayward, Carter’s abortion stance has always been defined more by political expediency than faith.

“In the [1976] Iowa caucuses, which Carter put on the map for the first time, Carter told Catholic audiences (and a gathering of bishops) that he opposed abortion and supported legislation to restrict it, thus cutting into Shriver’s support,” Hayward says. “But he told feminist groups at the same time that he supported abortion rights (indeed, he had done so as governor of Georgia).”