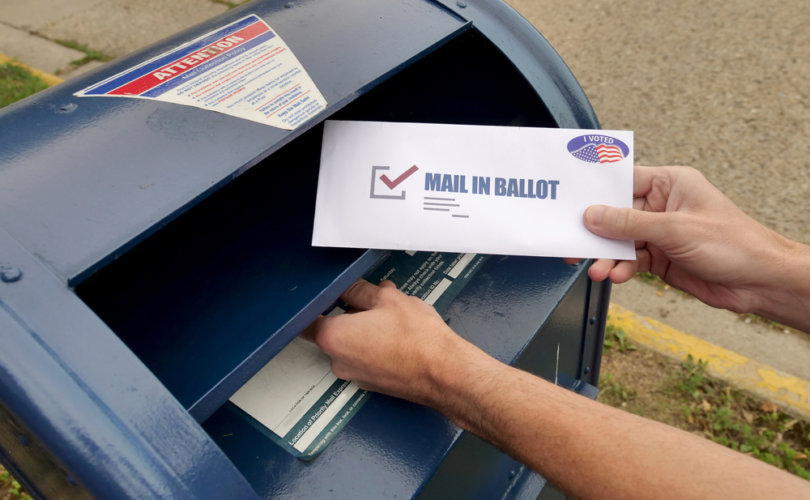 June 21, 2021 (LifeSiteNews) — An attorney who alleged voter fraud after tabulation “errors” in Michigan’s Antrim County originally led to incorrect results in the 2020 presidential election now says evidence shows the voting machines were remotely accessed to perpetrate fraud; evidence which, he says, ought to decertify the results of the election.

Michigan’s Secretary of State Jocelyn Benson had admitted that Antrim County “initially released incorrect unofficial election results,” but said the errors “were quickly caught and corrected and determined to have been caused by human error when the County Clerk made an update to some, but not all, of the county’s vote tabulation machines.”

Representing his client Bill Bailey, Michigan attorney Matthew DePerno filed a lawsuit against the county last year asking to conduct an audit of the election results. Antrim County had already been a focus of national attention after it released original election results indicating that Joe Biden had won, but later correcting the reports to show that the county actually went to Donald Trump.

DePerno’s lawsuit, initiated in response to a finding of damaged ballots in a close recount, led to a report published by Texas-based Allied Security Operations Group, which conducted a now famous (and famously controversial) audit concluding “that the Dominion Voting System is intentionally and purposefully designed with inherent errors to create systemic fraud and influence election results.”

On June 9, DePerno posted a series of tweets claiming the evidence showed that Antrim County’s Election Management System (EMS) had been remotely logged onto by an anonymous user with privileged access once on the evening of November 5 and again on November 17, 2020.

“Those dates are significant because they correspond directly to the dates the county and [Secretary of State] were trying to correct the intentional computer problems that subverted the election,” DePerno explained, adding that the log-ons “appear to have escalated privileges,” and emphasizing that the access was obtained “remotely.”

“In an accredited system, an anonymous user should not be authorized by the accreditation authority, but would instead be required to enter a specific user name and password to utilize the system,” DePerno added.

But DePerno has faced pushback for his claims, and his legal actions have been unsuccessful so far. On May 18 of this year an Antrim County Circuit Court judge dismissed DePerno’s lawsuit, which was the last of many Michigan lawsuits having to do with fraud in the 2020 election.

Judge Kevin Elsenheimer, a former Republican state lawmaker, said of DePerno’s case that the plaintiff “had either been granted what he sought or is not entitled to further relief in the case,” MLive reported.

“Granting judgement to the plaintiff on his claims would have no practical legal effect, as the audit available … has already been done,” the judge said. “There’s no reason to do it twice.”

However, Elsenheimer added that “by deciding this motion, the court is not saying that there were no problems in the way Antrim County conducted its November 2020 election … Nor am I saying that the processing of election data here wasn’t corrupted or corruptible. I don’t have the facts to make that determination.”

DePerno filed a motion June 9 asking the court to reconsider the suit.

DePerno’s newest claims come as the hand-recount of 2.1 million ballots in Arizona’s Maricopa County draws to a close, with election auditors expected to release their findings shortly. Republican senators from 13 states have now paid visits to Maricopa County during the course of its audit, potentially to consider launching similar audits in their own states.

To date, Republicans in Pennsylvania have now called for an audit in the state, while Wisconsin State Assembly Speaker Robin Vos announced an investigation into the November election in his own state. Over in Georgia, a judge recently agreed to unseal ballots in Fulton County in response to a voting group’s request to inspect absentee ballots.

“I’m not about overturning anything,” said Pennsylvania senator Doug Mastriano, who supports launching an audit in his state. “I’m just trying to find out what went right, what went wrong? And how do we have better elections in the future?”

LifeSiteNews reached out to Matthew DePerno for comment but has yet to hear back.