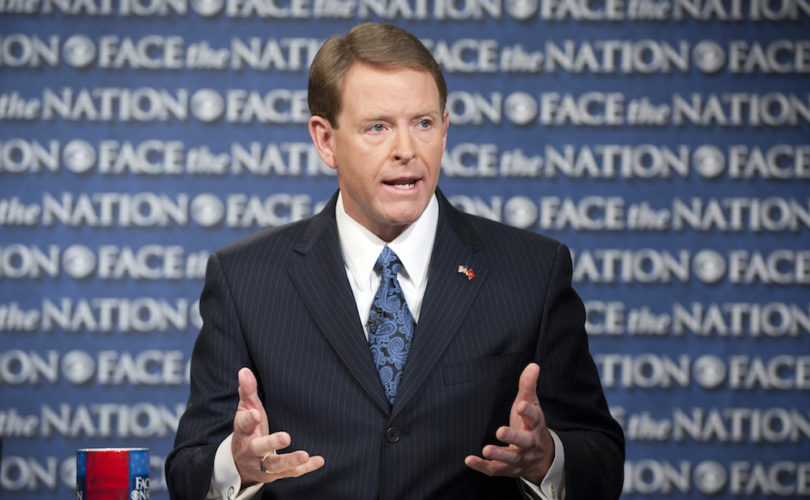 WASHINGTON, D.C., March 18, 2016 (LifeSiteNews) — One of America's top social conservatives will “serve on the Republican Platform Committee,” according to a press announcement this week.

“We may not know who will be representing the GOP at the Republican National Convention, but I know one person who will be representing Louisiana — me!” said Family Research Council and FRC Action president Tony Perkins on March 14. “For the second time, I'll be serving as a delegate for my home state when the Cleveland event gets underway July 18. Just as importantly, I've been elected by the delegation to serve on the Republican Platform Committee, which is where some of the most significant debates over the party's core values occur.”

Perkins, who was largely responsible for the Republican Party's pro-marriage plank in 2012, was also involved in creating the GOP platform's support for personhood for the unborn, its “tightened” language opposing pornography, and its support for conscience rights.

“What happens over those two days could dramatically impact the direction of — not just the presidential campaign — but the entire Republican Party and the country,” said Perkins.

Perkins’ election comes as many Republican politicians and activists are working to change the marriage platform to support same-sex “marriage.”

While platforms often set party messaging, candidates are not bound to the planks approved by party officials and delegate voters. Two of the three remaining GOP presidential candidates support legalized abortion in some circumstances, and Republican leaders often shy away from addressing the issue of marriage in the context of its legal redefinition.