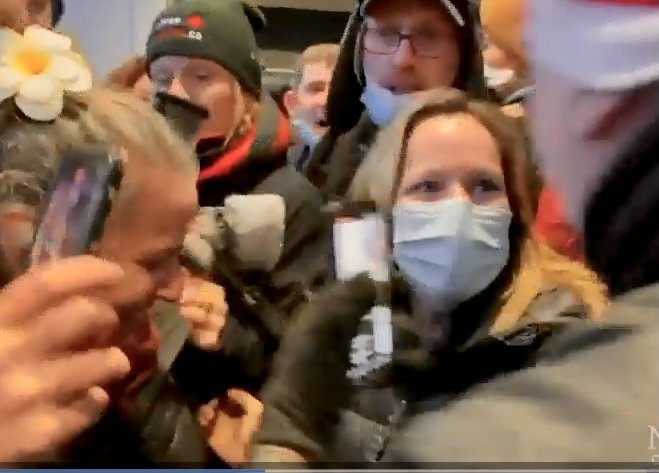 OTTAWA (LifeSiteNews) – Tamara Lich, one of the main leaders behind the Freedom Convoy, has been banned from speaking out against the Canadian government’s COVID rules on social media and online as part of her bail conditions.

Justice John M. Johnston granted Lich bail yesterday, and although saying she “ought to be released,” he placed extremely strict release conditions on her, which in essence put her under a form of house arrest.

She is to reside at her Alberta house as directed by police, must report to them, and is to have no contact with the co-accused.

Lich is banned from using social media of any kind as well as attending any COVID protests or posting any messages publicly contrary to the government COVID narrative. The Surety is allowed to monitor Lich’s devices, including her phone, to ensure compliance.

Lich was ordered to leave Ottawa within a day of release and be out of the province of Ontario within 72 hours. She is not allowed into Ontario unless for court reasons.

Video posted online showed Lich leaving an Ottawa jail yesterday, where she was imprisoned for over two weeks on “mischief” charges due to her involvement in the Freedom Convoy.

Currently, vaccine-free Canadians are banned from traveling by air, rail, or sea, both domestically and internationally. Canadian truckers must also be jabbed to avoid a two-week quarantine upon entering Canada.

Lich is being legally represented by the Justice Centre for Constitutional Freedoms (JCCF), who have been assisting the organizers of the Freedom Convoy for some time.

“In light of the fact that Ms. Lich has no criminal record, and that she has consistently and repeatedly urged protesters to be peaceful and respectful, there is no rational connection to the risk to public safety or the commission of offences to justify the imposition of these severe restrictions on her right, as a Canadian citizen, to exercise her Charter freedoms,” Carpay said.

Lich was arrested February 17, only two days after Trudeau enacted the Emergencies Act (EA), which he claimed was needed to deal with the Freedom Convoy protesters who had been in Ottawa for three weeks protesting COVID mandates.

Last Wednesday, Lich appeared in a court in shackles for a bail hearing review, but a decision was not made that day by Johnston, who deferred his ruling until today. During this hearing, Johnston was not thrilled she came into his court in shackles, and he ordered them removed.

On February 22, Lich was denied bail by Justice Julie Bourgeois, who in the past ran as a federal Liberal Party of Canada candidate and had the favor of Prime Minister Justin Trudeau at the time.

Carpay said Lich’s February 22 denial of bail by Bourgeois “was highly unusual, considering that she has no criminal record and was not charged with a violent offence.”

People’s Party of Canada leader Maxime Bernier said Lich’s crime was that she is a political “prisoner” in the eyes of Trudeau.

“Tamara Lich’s ‘crime’ was to fight for Canadians’ rights and freedoms with legal means. She was a political prisoner,” Bernier tweeted yesterday.

“The real criminal who should go to jail for invoking the Emergencies Act with no justification and illegally freezing bank accounts is Trudeau.”

Rebel News founder and Editor-in-Chief Ezra Levant said that Lich was “arrested and jailed for weeks on a laughably thin ‘mischief’ charge.”

“Now she’s been released but with political conditions — she can’t criticize Trudeau’s COVID policies. What’s that got to do with a supposed crime,” Levant tweeted yesterday.

The JCCF has been fighting draconian COVID rules imposed by governments at all levels in Canada for nearly two years.

The JCCF is currently suing the Canadian federal government under Trudeau for its abuse of the EA, which was used to quash the Freedom Convoy.