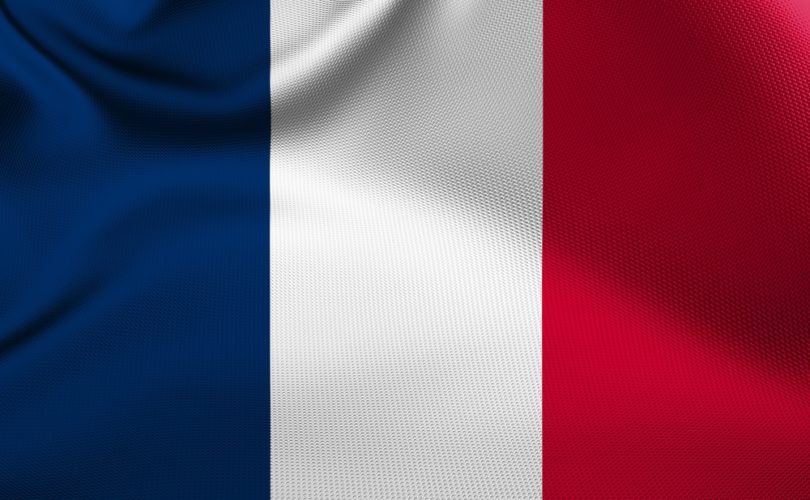 France's birth rate dropped from 2.03 children per woman in 2010 to 1.99 children last year, according to the country's national statistics agency INSEE. Yet it still has a relatively high fertility rate compared to Germany's 1.38 children per woman and Portugal with 1.28 – something seen as competitive economic advantage in the EU.

The country's high birth rate has been attributed to longstanding pro-family policies that offered incentives such as free post-natal care, subsidized daycare, allowances for each child born (prime de naissance), discounts on a range of services for large families, and generous paid parental leave.

Mothers are currently allowed to take two and half years’ parental leave, being paid 530 euros a month by the state. Fathers are then eligible to take a further six months, paid at the same rate, to bring the total length of parental leave up to three years.

On Monday, France's social affairs minister Marisol Touraine announced that the government plans to reduce the length of parental leave for mothers by half, and to cut the one-off bonus paid for the birth of second and subsequent children.

Claire Serre-Combe, spokeswoman for the women's rights group Osez le Féminisme (Feminism dares), told The Local, “This is extremely negative for women. The government reduced parental leave not to ensure equality between men and women but to save money on the backs of the most vulnerable women.”

Thierry Vidor, of the organization Familles de France, said, “This government is taking us back to the nineteenth century. Of course these measures will affect the birth rate. If the state doesn't offer help it's clear that poorer families won’t be able to afford childcare, which will put them off having children.”

Vidor noted that the 'primes de naissance' are paid out depending on income, “meaning it is the poorer families that receive the most, so of course they will be the ones to lose out if they are cut.”

The president of the National Confederation of Catholic Family Associations, Jean-Maris Andes, told Le Figaro newspaper, “I do not see how these policies are coherent in a France where families are now having less than two children.” François Fondard of the National Union of Family Associations said, “Young families risk losing confidence and will not fulfill their wish to have a child.”

Media critics have also weighed in on the cuts, saying that while the government should try to save money, doing so to the detriment of families is irresponsible.

Gaëtan de Capèle of the right-leaning Le Figaro wrote, “Common sense would suggest we protect the family benefits (politique familiale) that are proven to work and which ease the burden… of paying for the ageing population.

“But unfortunately the government is doing exactly the opposite. The result is that having children in France will soon become a luxury,” he stated.

Bruno Dive, writing in Sud-Ouest newspaper, said, “One of the things Germany envies about France is our policy towards families. It is true that the French demography is a real strength, when compared to the ageing population of Germany which represents a real Achilles heel for them. The government is attacking one of the few policies that work in our country.”

The organizers of the Sunday, October 5 Manif Pour Tous demonstration on the anti-human trafficking theme “the human being is not a commodity” told The Local that they hope “angry mums” will join their marches in Paris and Bordeaux to protest the government's planned cuts to families.