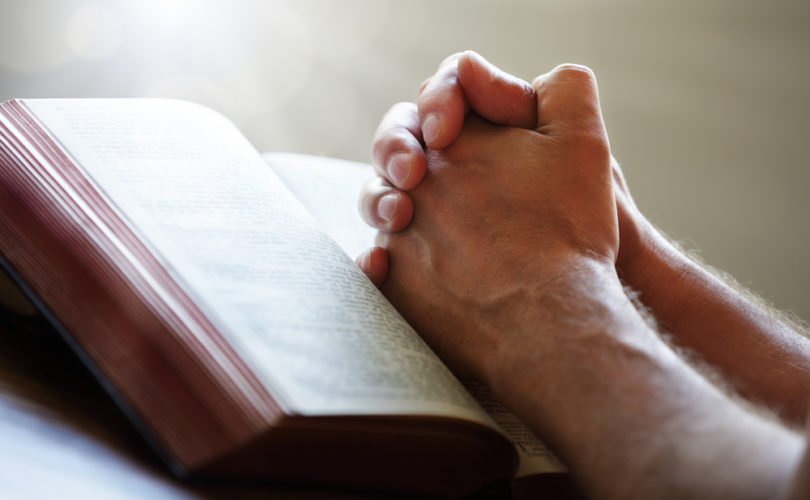 January 3, 2020 (LifeSiteNews) – The bishops of France have been invited by a high-ranking brother bishop appointed by Pope Francis to adapt the baptismal registers of their diocese in order to take into account the “increasingly complex situation of families” in that country.

In practice, the “recommended” formula would scrap the implicit mention of the father and mother as parents of the child, instead using a “catch-all” phrase mentioning “parents or other holders of parental authority.”

The suggested reform was likely conceived in view of the new situations created by the legalization of same-sex “marriage” in 2013 so as to avoid all accusations of “discrimination” that might result from the traditional wording of baptism certificates.

While the reform is merely “recommended,” it comes with the authority of Bishop Joseph de Metz-Noblat. His diocese, Langres in the east of France, is a relatively obscure one, but the bishop, appointed by Pope Francis in 2014, is president of the Council for canonical questions of the French bishops’ conference.

This indicates that Bishop Eric de Moulins-Beaufort, who presides over both the Permanent Council and the bishops’ conference, has assented to the proposed formulation which does away with the traditional concept of the normal and legitimate family in favor of a more fluid notion where many different models exist.

These range from the traditional “father-mother” model, married or not, to recomposed families or homosexual couples where children can since 2013 be legally adopted by the member or members of the couple who are not the biological parent of the child. With the current legislation being passed in the French Parliament allowing for medically assisted procreation for all women, civil birth registers are expected in the near future to include the mention of two “mothers” for children conceived within lesbian couples.

According to Fr. Claude Barthe, who brought the affair to the attention of the public last month in the religious newsletter Res Novae, deliberations on the issue have been ongoing since 2013 – clearly since the moment when same-sex “marriage” was made legal. This is remarkable in itself: At the time, the promoter of the law, Christiane Taubira, was still ridiculing adversaries who said the concept of fatherhood and motherhood was doomed to disappear from official documents.

“It is certain that we (…) will not use the terms parent 1 or parent 2,” she said in January 2013, responding to accusations by the “Manif pour tous” that the words “husband,” “wife,” “father,” and “mother” would surely be replaced in civil registers if same-sex “marriage” was made legal.

To date, civil birth and marriage registers have not been modified quite so drastically. Instead of filling in pre-printed forms, civil officers are required manually to fill in “époux” (husband) or “épouse” (wife) according to the sex of the spouses, and the distinct mentions of “father” and “mother” have been replaced by only one, designing the “father-mother.”

Civil registers have not been further modified except in Paris, where the city council recently unanimously adopted an amendment presented by the left-wing populist “France insoumise” counselor Danielle Simonnet asking for “father” and “mother” to be replaced by “parent 1” and “parent 2.” It is not clear whether the registers in the French capital have actually been changed.

In February 2019, an amendment by a deputy of the reigning “République en Marche” party also suggested that official documents of the French public education system replace “father” and “mother” by “parent 1” and “parent 2.” A heated controversy ensued and the idea was finally scrapped.

In a way, the Catholic Church in France is moving faster than civil authorities. It has deliberately joined the debate and is anticipating judicial problems that it has not (yet) met in real life.

In his first letter to his “brother bishops” dated December 13, 2018, de Metz-Noblat quoted canon 843, which poses: “Sacred ministers may not deny the sacraments to those who opportunely ask for them,” adding that “children should not be held responsible for the situation of their parents.” He said chanceries in several dioceses had “faced problems of vocabulary” because of the increasing complexity of family situations.

The bishop wrote that his own commission for canonical questions had “worked together with the commission for the reform of administrative acts of the Church” and the “commission for liturgical and sacramental pastoral care,” focusing on the “baptized person” and simply observing his or her family situation “without passing moral judgment on the latter.”

He called the new model for baptismal registers, with its imprecise reference to “parents or other holders of parental authority,” “more appropriate for our time.”

This appears to have been confirmed by the February 28, 2019 letter, of which LifeSite obtained a copy, by which Metz-Noblat attempted to soothe the opposition. The bishop said a number of brother bishops had informed him of their “concern” that the “new formulation would not respect Catholic thinking on family matters,” allowing the “delicate situations for which it was developed” to take “too large a place in the forefront.”

“The expression used is the one that seems the least bad, and on top of that it is not open to attacks regarding discrimination by the interested parties,” he wrote. So doing he tacitly admitted that the Church in France is prepared to change its language so as not to fall afoul of gender equality litigation and more specifically of anti-homophobia laws already in place.

Having noted that each bishop is free to promulgate the baptismal registry form of his choice for his own diocese, de Metz-Noblat added, “Nothing in the proposed formula prevents the notary of adding the words ‘father’ and ‘mother’ in front of the persons’ names, which seems to me more judicious than striking out these pre-printed words.”

He recalled that the national directives for baptismal registries, dating to 1994, does not include the words “father” and “mother” but “son – daughter of … and of …” “The formula ‘Parents or other holders of parental authority’ offers the advantage of not directly recognizing parenthood even when the official civil registry does!” Metz-Noblat exclaimed at the end of his letter.

But even if one of the motives of the revised formula, as he thus suggested, would be to circumnavigate the civil recognition of “homosexual parenthood,” the upshot of the change is still that the normal family is being sidelined in favor of an approach that is gender-neutral and considers illegitimate situations as the new norm. Several observers consider this to be a caving-in to the demands of homosexual activists.

It should be added that while present-day registry forms take it for granted that a person to be baptized was “born of … and of … ”, implicitly designating the father and the mother, they do not prevent the registration of baptisms for particular situations, such as birth to a single mother. When the father is unknown, there is simply no inscription. “And when the situation of the parents was irregular, that was not mentioned,” recalled Fr. Barthe in Res Novae.

In a telephone interview, Fr. Barthe told LifeSite that the Church does not refuse to baptize a child, whatever his or her family is like, as long as the commitment is made to give it a religious education – a requirement that aims to avoid fabricating apostates. “For instance, it is not because a child belongs to a homosexual couple that baptism would be refused,” he recalled. This would only be the case if the couple were known for example not to have fulfilled a commitment for the religious education of an earlier child, he explained.

In his article for Res Novae, Fr. Barthe wrote, “In a word, the exception becomes the norm: baptized children will no longer be called ‘son (daughter) of … and of … ,” accusing the reformers of “panic fear of the secular State.”

According to various sources, a handful of French dioceses have already decided not to implement the reforms “recommended” by de Metz-Noblat.

Contacted by the local press, de Metz-Noblat told Le Journal de la Haute-Marne on Friday that attacks against him in the “traditionalist” media were “erroneous.” Recalling that the old formula did not mention “father” and “mother” but “son or daughter of … ” he said somewhat obscurely, “We made recommendations here in order to redact baptismal registers taking the issue of filiation into account.”

It is precisely the question of filiation that is under brutal attack in France, because of artificial procreation techniques and the possibility for homosexual couples to adopt in the capacity of “married couples,” and it is that issue that has been underscored by critics of the move.

Contrary to what de Metz-Noblat suggested in his interview, they were not seeking to say that children of homosexual couples should not be baptized.