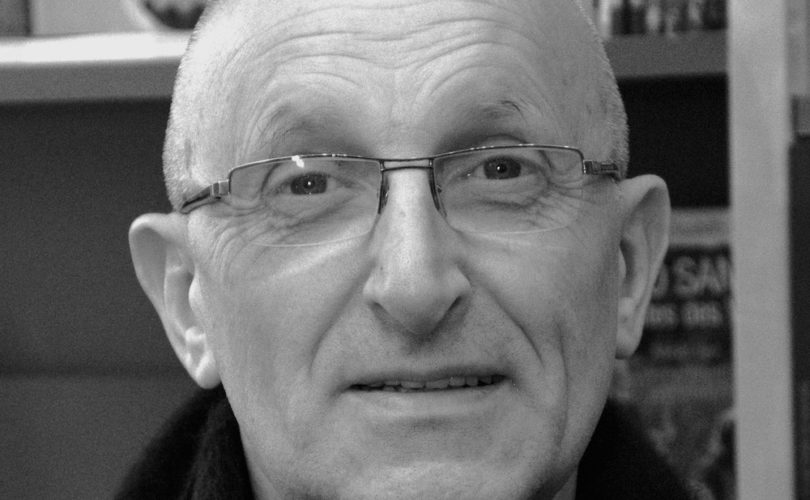 Is it possible that a single bishop could spark a movement to totally turn around Europe’s moral and cultural decline? That’s precisely what one prelate in France is hoping to do with a new house of formation for seminarians from North and South America that aims to “re-evangelize Europe.”

Bishop Dominique Rey, of the small French diocese of Fréjus-Toulon told LifeSiteNews in an e-mail interview Wednesday that one of the Saint Alberto Hurtado House of Formation’s primary goals is to instill in priestly candidates “a very strong foundation in the defense of life and family.”

“Bioethics will have a special place in the formation of our seminarians,” he said. “At the same time, they must have the courage to proclaim the truths about human life and natural family, even if these truths may be uncomfortable or may cause the incomprehension of many.”

His approach is three-fold: “a reverent liturgy, also in the extraordinary form; through a sound catholic teaching, faithful to the Magisterium of the Church, and, most especially by our own interior life and example.” The house will seek to offer a “profound missionary spirituality.”

The bishop is realistic about the scale of the task. The house of formation’s website lays it out, saying that Europe now officially consists of “43 countries, plus seven that can be included though they are not entirely within its borders (Armenia, Azerbaijan, Cyprus, Georgia, Kazakhstan, Russia, and Turkey), and has an area of 10,349,915 square kilometers, a population of 750,000,000, a life expectancy of 73 years and 225 different languages.”

A recent questionnaire sent out to the global Church by the Vatican in preparation for the upcoming Synod of Bishops on the Family confirmed what many already knew. Most Europeans and others in the West who still consider themselves Catholic either do not know, do not care about, or outright reject Catholic teaching on sexuality, marriage, the family, and the sanctity of life.

Bishop Rey said, “During five centuries European missionaries (mainly Spanish and Portuguese but also many French among them) evangelized the Americas. Now we see that the faith in Europe in the last decades is in a frank decline, but, in many places of the Americas it stays strong.”

“I think that, probably, it is the time to have those who were evangelized by Europe to come re-evangelize this continent,” he added.

Citing the huge popularity of Pope Francis, the first South American pope, among non-Catholics, Bishop Rey added, “We really see the need of a new evangelization in Europe, and I am confident that we can find suitable missionaries in the Americas. Also, we know that, as our Lord says ‘No prophet is accepted in his own land,’ so, maybe, Europeans may listen more easily to missionaries from ‘the end of the world.’”

He said that “most” of the other bishops he has spoken to about the project have been supportive, adding that graduates of the house of formation would be needed in other dioceses than his own. “We must have a catholic, universal vision of the Church,” he said.

Explaining the emphasis on more “traditional” forms of liturgy, Bishop Rey said that there is a “necessary” connection between them and upholding Catholic teaching on life and family. “The traditional liturgy, in its texts, expresses in a very solemn fashion both the dignity and sanctity of life and family,” he explained.

“For example, the traditional ritual for baptism, with its numerous blessings and exorcisms prior to the actual baptismal formula (N. ego te baptizo…), makes very clear that each person is chosen and called to be no less than a shrine, where everything is subject of sanctification – and actually sanctified – and where evil has no place,” the bishop said.

“In a very simple way, the ritual for marriage concentrates on the first and most important aim of this sacrament: transmission of life always oriented to sanctity. In this matter, the indispensable and central role of the future wife and mother are beautifully expressed.”

Bishop Rey said his house of formation, which will supplement the work of existing seminaries in the diocese, will help candidates “to adapt more easily to the reality of an almost totally secularized society, where men have taken God out of the center, and where the Church has been marginalized, in order to be prepared to preach the Gospel in this ‘post-modern’ environment.”

A priest of the Fraternity of St. Joseph the Guardian, the Chilean religious order that is in charge of the house of formation, told LifeSiteNews that while they are not actively seeking candidates from France or Europe, they would not turn them away. He added that there is a diocesan seminary, founded in 1983 in the midst of the vocation crisis, that, “against all odds,” became one of the most important seminaries in France, “mainly because of its fidelity to the Magisterium of the Church.” That seminary, he said, “attracts young men from all over the country.”

Visit the website of the Saint Alberto Hurtado House of Formation here.