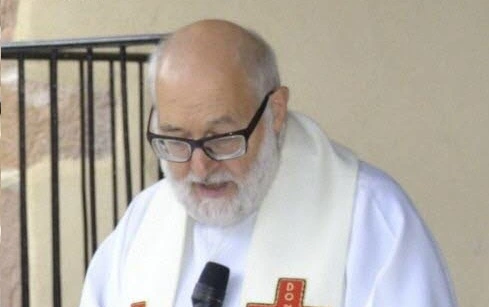 (LifeSiteNews) — An elderly priest at the head of 17 small parishes in the east of France has been barred from speaking in public by his diocesan superiors for four weeks because he declared that the worldwide number of victims of abortion was far higher than that of the First World War.

Father François Schneider made the “controversial” statement while preaching during the commemorative Mass on Armistice Day on November 11 in the tiny village of Bertrimoutier (307 inhabitants), near Epinal in the Vosges Mountains. “Abortion has killed more people worldwide than the Great War,” he said, adding that French politicians would be well inspired to “follow the example” of the Hungarian Prime minister, Victor Orban, who promotes a pro-birth policy and “takes courageous decisions.”

The words didn’t come out of the blue: Father Schneider was speaking in the context of a bid to make abortion a constitutional “right” in France, a measure that is currently being touted by president Emmanuel Macron’s “Renaissance” party at the French National Assembly. Another draft law with the same aim but using more “inclusive” language – it doesn’t refer to women in order to uphold transgender rights – was also presented last week by the extreme left “La France insoumise” party. Both texts were adopted by the law commission and will now go through the legislative process. Macron himself suggested that the “right” to abortion be included in the European charter of human rights.

Scheider’s graphic condemnation of abortion was quoted in the local press and on social media by people who had heard his sermon, creating “shock” and “strong emotion.” The “Renaissance” member of the National Assembly for the département of the Vosges, David Valence, called the priest’s comments “disgraceful” on Twitter, adding that they were “proof of a complete aberration” on his part.

Valence pointed out that Schneider had already once before shocked the population by noting that victims of the bloody Islamic terrorist attack at the Bataclan Theater in Paris in November 2015 – 131 people died – had been assisting at a concert with music “inspired by Satan.” His comments were interpreted as minimizing the horror of the event, although it was chillingly true that the group on stage, Eagles of Death Metal, was singing “Kiss the devil.” Schneider later apologized, and another priest from the region who was “very active” on the metal scene came to Schneider’s parish to help his flock “understand this contemporary culture that may seem puzzling to many.”

Seven years later, Schneider is once more under the spotlight in the national press. Soon after his remarks were repeated in local news sources the diocese of Saint-Dié-des-Vosges was made aware of the priest’s verbal slippage. A statement condemning Schneider was published three days ago on the website of the diocese (which is currently headed by Bishop Didier Berthet, who has serious health problems, and administered by Bishop Denis Jachiet, who heads the neighboring diocese of Belfort-Montbéliard).

The statement, which was unsigned but said to have been prompted by a decision on the part of Jachiet and his council, said the following:

Press release from the diocese following the homily given by Father François Schneider during the Mass of Friday, November 11, 2022.

François Schneider’s remarks during the November 11 Mass had been reported to us. After having heard Father Schneider, we condemn the instrumentalization of the commemoration of the dead of the First World War for the benefit of other subjects of an ethical and political nature.

November 11 is for all a day of remembrance and for us Christians an occasion to pray for the dead of the wars and for peace in the world.

Given the precedent of November 2015, we ask Father François Schneider to refrain, for four weeks, from any public speech in the celebrations in which he will participate. A time of silence after the reading of biblical texts will nourish the faith of the faithful. This sanction will take effect, by decree, on Saturday evening, November 19.

Finally, we assure the deputy, the mayors, patriotic associations, and all the people who were shocked by the remarks of Father Schneider, as well as the parishioners of the Holy Trinity of our fraternal prayer.

Priests who make outrageous statements regarding doctrine, and those who make political points about migration, global warming, and the like usually go unpunished in France, but Schneider was immediately sanctioned by his hierarchy instead of being supported in the face of outcry from the very politicians who want to see abortion as a “right.”

Church officials seem to have forgotten Mother Teresa’s dire warning during her speech of acceptance of the Nobel Peace Prize in 1979: “I feel one thing I want to share with you all, the greatest destroyer of peace today is the cry of the innocent unborn child. For if a mother can murder her own child in her own womb, what is left for you and for me to kill each other?”

The First World War caused the death of 9.7 million soldiers and of nearly as many civilians, and maimed and wounded more than 21 million. It was a horrible conflict that left deep scars on French soil and sad lists of the fallen on war memorials even in France’s most remote villages. The plain white crosses of the Great War’s military cemeteries – French, German, British, American, South African… – in seemingly endless lines, abound where the conflict was at its most inhuman. Many fell in the Vosges region, close to the German border, where four years of war took a heavy toll on the population.

But the invisible massacre of abortion has already claimed over 200,000 victims every year in France since “voluntary interruption of abortion” was made legal here in January 1975: almost 10 million victims in this country alone is a conservative estimate. Worldwide, the total count is much, much higher and is estimated to have passed the one billion mark.

This is no abstract “ethical and political” issue that can only be discussed in hushed and civilized tones in academic debating forums and political platforms – especially in France, where voicing anti-abortion thoughts and feelings is impossible in practice for anyone who hopes to rise in politics.

Schneider exposed a fact, and shocked his numbed parishioners for having dared to speak out on an issue that is not open to discussion. For four weeks, they will receive no Sunday homily from their pastor: apparently, “the diocese” is more eager to stop them from hearing uncomfortable truths than for them to get the pastoral guidance they need and deserve.

One local mayor even complained that the punishment was “too light.”

But the diocese and the pro-abortion politicians seem to agree that abortion is at least a taboo or a sort of untouchable right that no one is allowed to question.