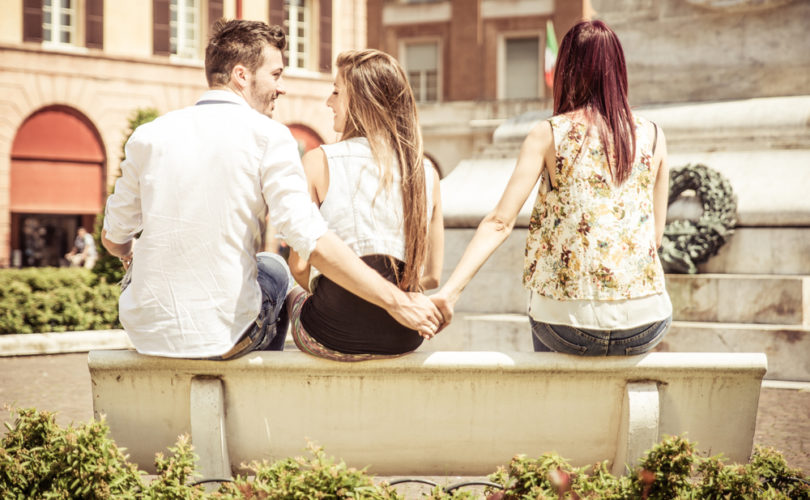 PARIS, France, February 13, 2017 (LifeSiteNews) — A French court has sided with an website that promotes adultery after Christians voiced their concerns about its message of marital infidelity.

Gleeden, named by combining “joy” with the sin of Eve, is touted as the world's “premier extramarital dating website” with more than a million members in 159 countries. Taste adultery and try a discreet relationship with your lover” is the message of an ad next to a picture of a bitten apple.

On Thursday, the court ruled that promoting marital infidelity is not illegal because adultery is no longer a crime and cheating is a “private matter.” France decriminalized adultery in 1975. The divorce rate in the country more than quadrupled between 1960 and 2012.

The CNAFC brought its lawsuit in 2015, accusing Gleeden of being against society and against specific French laws.

“Infidelity pollutes the couple and the family and destroys the social fabric of France,” CNAFC spokeswoman Aude Ducros told the BBC. “It is immoral to be publicly promoting adultery and hurtful to infidelity’s victims.”

Article 212 of the French Civil Code states, “Married partners owe each other the duty of respect, fidelity, help and assistance.”

“Juridically speaking … it is possible to argue that Gleeden is inciting couples to violate their civic duty,” Family Law specialist Stephanie Valory told the BBC during litigation.

Catholic Family Association president Jean-Marie Andres explained that Gleeden's “very business model is based on marital infidelity. It states quite openly that its purpose is to offer married women opportunities to have sex outside the marriage.”

“But here in France, people and parliament are all in agreement that marriage is a public commitment. It's in the law,” Andres said.  “What we are trying to do with our suit is show that the civil code — the law — has meaning.”

A recent ad campaign caused controversy throughout France. One ad claimed that adultery was more cost effective for the National Health Service than taking antidepressants.

Another tells wives, “To be faithful to two men is to be twice as faithful.”

Yet another poster depicts a bride in her wedding dress, crossing her fingers behind her back. The BBC commented on the ad, saying “The message is clear: vows are for suckers.”

“It is a revolutionary step in changing ways of thinking across the globe,” promoters say.

Opposition to the adultery website goes beyond Catholics. Versailles bus company Keolis received 500 complaints about Gleeden's ads in one week, so they pulled the posters off their buses. Rambouillet's mayor directly asked a bus company to stop displaying Gleeden's ads, saying they were illegal and threatened the sanctity of marriage. Tens of thousands of people signed a social media protest against the website.

The Catholic group has yet to decide if it will appeal.