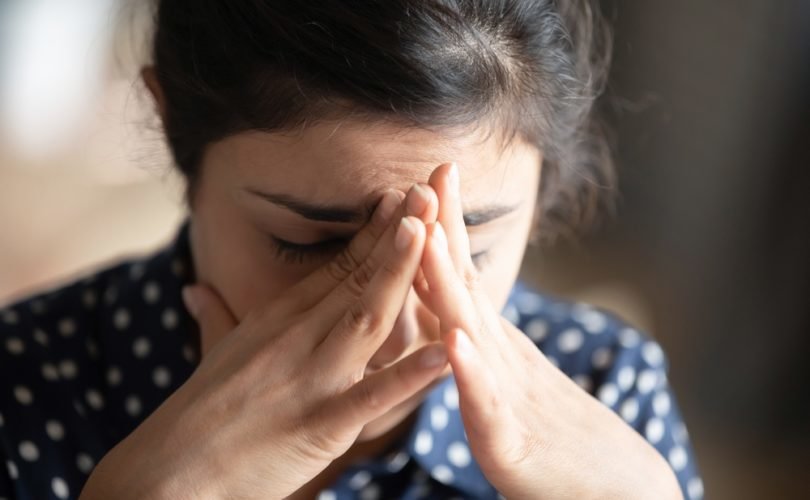 Until that acknowledgement, the official narrative was that thromboses of the type registered after individuals received the AstraZeneca shots were not more frequent than in the general population, or more numerous than expected.

On March 17, the World Health Organization downplayed the issue, patronizingly stating: “Vaccination against COVID-19 will not reduce illness or deaths from other causes. Thromboembolic events are known to occur frequently. Venous thromboembolism is the third most common cardiovascular disease globally.” The WHO did not take into account the specific circumstances that were being reported. And now it appears that the WHO was wrong.

The ANSM’s report was published with data up to March 18, 2021. At that point, with over 1,430,000 AstraZeneca shots injected in France, a total of 5,693 adverse events had been registered by regional pharmacovigilance centers, most often related to pseudo-influenza systems with frequent symptoms such as high fever, muscle pain and headaches.

The previous week, the ANSM’s report suggested people whose existing comorbidities might risk being “decompensated” by the shot. The report quoted “particularly severe” side-effects such as “desaturation, meningism, 41°C fever, convulsion, loss of consciousness with traumatic falls, delirium/hallucinations, cyanosis of the extremities, hypothermia…”

From March 12 to March 18, 16 new thromboembolic events were registered, bringing the total up to 29 cases from the start of vaccination.

Among all these cases, 9 cases of large vein thrombosis, atypical in their location (mostly cerebral, but also digestive), which may be associated with thrombocytopenia or coagulation disorders were reported, including 2 deaths. These cases occurred within a median of 8.5 days after vaccination in individuals with no specific history identified to date (7 patients under 55 years of age, 2 patients over 55 years of age).

The very atypical nature of these thromboses, their similar clinical pictures and the homogeneous delay of occurrence lead the Monitoring Committee to confirm the very rare occurrence of this thrombotic risk in people vaccinated with AstraZeneca vaccine. It is recalled that the European Medicines Agency (EMA) confirms the positive benefit/risk balance of vaccination with AstraZeneca in the prevention of Covid-19.

Since the ANSM published its report, which stated that the AstraZeneca shot still was being considered as having a “favorable benefit/risk balance), yet another death from thrombosis following vaccination has been made public in France. This time, a 38 year-old woman from Toulouse died 14 days after receiving the AstraZeneca jab. Complications appeared shortly after the social worker received the vaccine, leading to hospitalization and an induced coma. Prior to the vaccination she was in very good physical condition. The Astrazeneca shot was soon after temporarily suspended from being administered.

The victim, who had priority to obtain the jab because she worked in a sanitary establishment, had decided to receive the vaccine in order to “protect” her parents. Two days later, she started experiencing severe headaches. After a week, her condition suddenly deteriorated, and she was fully paralyzed on her left-hand side. She was taken to hospital for emergency treatment, where two operations were necessary to remove two blood clots from her brain, leaving her in danger of death. At that point, the management of the Purpan Hospital of Toulouse would not comment on the case, refusing to link the event to the AstraZeneca shot and sheltering behind medical confidentiality.

The woman died one week later. Local hospital authorities are continuing to refuse to comment on the case and are still not admitting that a link with the vaccine may exist. Her loved ones, on the other hand, have told the media that “strong evidence” points in that direction.

The ANSM, however, has adopted a more cautious approach. This Wednesday, it addressed a letter to general practitioners, vaccination centers, hospital and private pharmacists, nurses and midwives who are involved in the current vaccination campaign, confirming the risk of “rare blood clots associated with a low platelet count.”

“Health workers must watch out for signs and symptoms of thromboembolic events and thrombocytopenia associated with bleeding,” the letter states.

Patients should be warned that they must immediately consult a doctor when symptoms such as shortness of breath, chest pain, swelling of the legs, persistent abdominal pain occur after vaccination. Other worrisome signs are “neurological symptoms” such as severe headaches or blurred vision, and ecchymosis far from the vaccination site.

The letter also states that in “very rare” cases of thrombosis in “unusual” places and thrombocytopenia sometimes accompanied by bleeding, 7 to 14 days after an AstraZeneca shot, has in “some cases had a fatal outcome.” Most of these adverse events were experienced by women under 55. Research is under way, the ANSM states.

What it does not note is that the blood clot incidents are mainly occurring in female patients of child-bearing age.

In the nine cases of thrombosis assessed by the ANSM in its most recent report covering adverse events up to March 18, three occurred in patients under oral contraception.

It would be interesting to know whether the same situation was observed in Germany, where AstraZeneca shots were suspended for under-60’s, because out of 31 observed thromboses, nine of which were fatal, 29 occurred in women (aged between 20 and 63).

In France, the approach was quite the opposite: older people were getting the Pfizer and Moderna shots, while health workers – often quite young women – received the AstraZeneca injection. An uncommon number of adverse side effects, including high fever, stomach pains and nausea was reported following the shots.

Health authorities explained that younger people have better immune systems and therefore react more. Since March 18, the French “Haute Autorité de Santé” (Higher Health Authority) is recommending that only people over 55 get the AstraZeneca vaccine – despite the fact that older people benefit notoriously less from vaccines than younger individuals, precisely because their immune systems are less efficient.

Interestingly, mainstream media in Europe are underscoring the fact that oral contraception is also linked to blood clots. Women are complaining on social media that side-effects of the vaccine are getting much more attention than similar difficulties with “the pill,” that is still being freely prescribed despite their harmfulness.

One “Instagrammer,” Fanny Lecart, posted: “AstraZeneca: 30 cases of thrombosis for 5 million vaccines. My old pill, side-effect: 1 thrombosis for 10,000. Where is the debate about that?”

They have a point, and it is a scandal, but it should be added that women use chemical contraception with the declared goal of impeding the normal functioning of the body, while the vaccine is being touted as a way to remain healthy and “protect others,” and given to young people who are not ill and who have a very low risk of getting a severe form of COVID-19.

AstraZeneca, together with the Pfizer and Moderna mRNA agents, is still in its trial stages. Its developers have already been compelled to review the supposed efficacy of the shot after cherry-picking data that made it look better than it was, now quoting 76 percent efficiency against 79 percent previously. But global results are yet to be assessed.

All this is bad news for AstraZeneca. Their latest move shows that they are possibly moving into damage control, with the hope of not losing too many clients. As of March 25, the British-Swedish vaccine received official permission from the European Medicines Agency to change its name and packaging. From now on, it shall be called Vaxzevria. That will change everything… not.