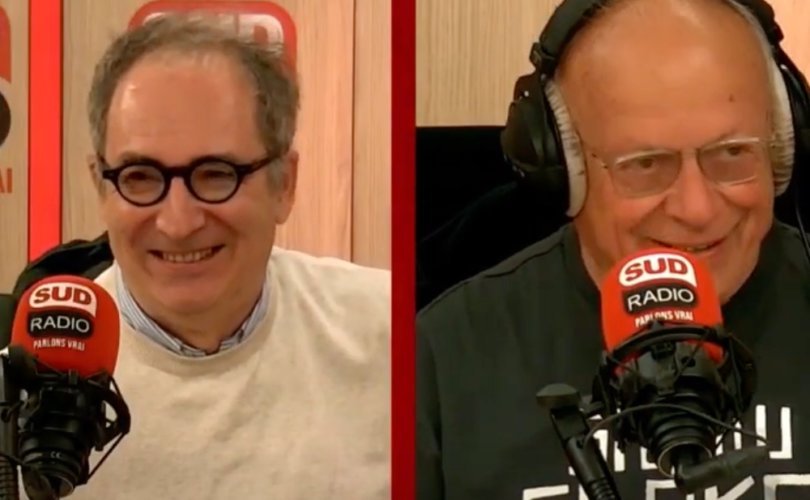 PARIS (LifeSiteNews) — A French epidemiologist has spoken out against “the culture of fear” which he says was propagated by the world governments in response to COVID-19 to impose and justify freedom-destroying measures which were not based on science.

“As long as people don’t understand this mechanism, this scenario will be able to repeat itself indefinitely,” said Laurent Toubiana, a researcher at the National Institute of Health and Medical Research, in an interview with French radio channel Sud Radio on Wednesday.

“In this book, are you saying that the management of COVID was worse than COVID itself?” Sud Radio host André Bercoff asked Toubiana.

“Yes. That’s exactly what I’m saying,” replied Toubiana. He added that his book “comes back on everything that happened in the past two years.”

“By spreading fear, you make people believe that they are about to experience a catastrophe, you put them in a state of shock,” Toubiana said.

This is how governments were able to put in place measures restricting people’s freedoms, he added.

“The terror consists in scaring populations by telling them either that catastrophe is about to strike or that drastic measures are going to be put in place,” he continued, adding that this scenario can be “repeated indefinitely.”

That’s what I [said] at the very beginning of the so-called ‘fifth wave’ when I denounced this scenario.”

Toubiana explained that the scenario usually starts with so-called experts warning the public about upcoming new waves of the pandemic or new variants of the virus. He deplored the fact that many scientists invited to speak on television are not epidemiologists.

He gave the example of Professor Mégarbane, who recently warned that health authorities in France “can’t rule out a fourth dose for the whole [French] population as early as September, depending on the variants.”

Toubiana pointed out that Mégarbane, though a doctor, is not an epidemiologist.

“We have very few epidemiologists in France, and we have even fewer people who have been studying the dynamics of epidemics for a long time,” said Toubiana.

“I met Mr. Mégarbane on several occasions,” he continued, “and when you talk to him you realize just how ignorant he is.”

Toubiana noted that, despite this, Mégarbane is allowed to prescribe to the entire population doses of an experimental mRNA COVID vaccines.

“He calls it a vaccine; I call it an experimental product,” said Toubiana, while disassociating himself from the “anti-vaxx” tag.

“The scenario always starts with experts like him,” said Toubiana, adding that Mégarbane was “an expert in something but certainly not epidemiology.

“They tell us ‘Careful! careful! … A new avatar of the virus is going to appear!’… It’s always the same scenario; people must understand this,” he continued, warning that “as long as people don’t understand this mechanism, this scenario will be able to repeat itself indefinitely.”

The epidemiologist then quoted French historian and sociologist Jacques Ellul, who wrote in 1962 that in a democracy “you have to give [citizens] the impression that the government is doing what the citizens want, so that they will feel responsible for the government’s actions and be determined to defend them and make sure they succeed.”

Toubiana then explained that the best tool with which to give citizens this impression is fear.

He went on to say that the measures enacted during COVID were “extraordinary” for a pandemic which he described as “relatively benign.”

“We’ve applied the methods of a country like China, methods which have never worked anywhere,” he said.

“When I heard that we were going into lockdown, I thought it was completely insane, and I thought that the people who enacted this will go to prison one day.”