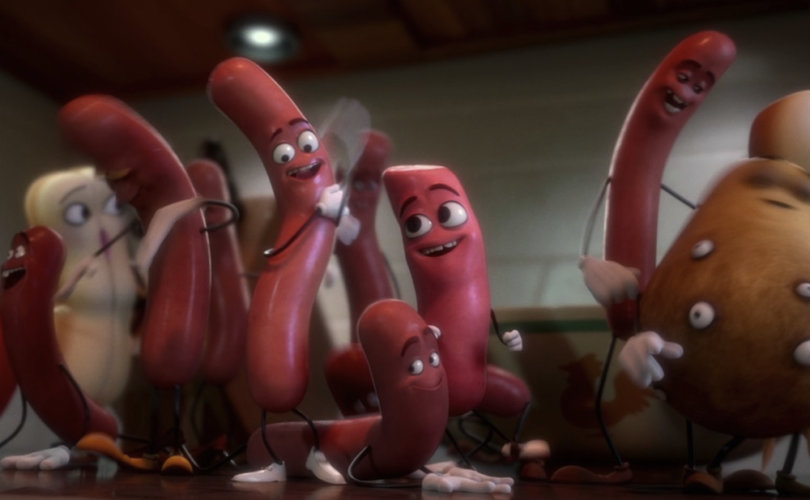 PARIS, France, December 2, 2016 (LifeSiteNews) — Seth Rogen's risqué animated movie “Sausage Party” has grossed $140 million worldwide. While it garnered an “R” (“Restricted”) rating in the United States for its profanity and unsubtle depiction of food characters engaging in sex, France's Ministry of Culture gave it a “PG” rating, allowing a child of 12 or older to view the film.

The Association of Catholic Families warned Christians online that the movie, produced by the Sony Corporation, was essentially “an animated film giving the appearance of being intended for young people and children (like “Toy Story”), but whose content is not only coarse but also clearly pornographic under cover of being ‘politically incorrect.'”

France's CNC refused to comment on the “Sausage Party” controversy. The commission also gave “Fifty Shades of Grey,” a film centered on sadomasochism and bondage, the same approval rating for 12-year-olds and up.