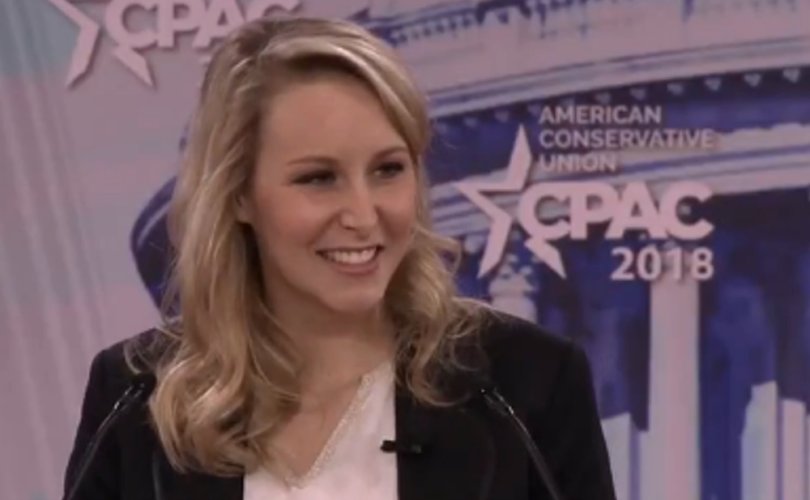 “After 40 years of mass immigration, Islamic lobbies, and political correctness, France is in the process of passing from the eldest daughter of the Catholic Church to the little niece of Islam,” she said. “And the terrorism…is only the tip of the iceberg. This is not the France that our grandparents fought for.”

She criticized the European Union as looking “only to the future while being contaminated with historic amnesia.”

“Without nation, and without family, the limits of the common good, natural law, and collective morality [disappear] as the reign of egoism continues,” said Maréchal-Le Pen.

“I came here to tell you that there is a youth ready for this fight in Europe today – a youth who believes in hard work, who believe…the flag means something, who wants to defend individual freedom and private property, a conservative youth who wants to protect their children from eugenics and from the gender theory delirium,” she said.

This is “a youth who wants to protect their parents from euthanasia and protect humanity from transhumanism.”

Maréchal-Le Pen said that “Brexit in the UK, Manif Pour Tous in France, and, of course, the election of the President Donald Trump prove a fact: when the people are given the opportunity to take their country back, they will seize it.”

She finished her speech, which received much applause, by reading a quote she said she likes very much: “Tradition is not the worship of ashes, but the preservation of fire.”

“Just like you, [the French] want our country back,” said Maréchal-Le Pen.