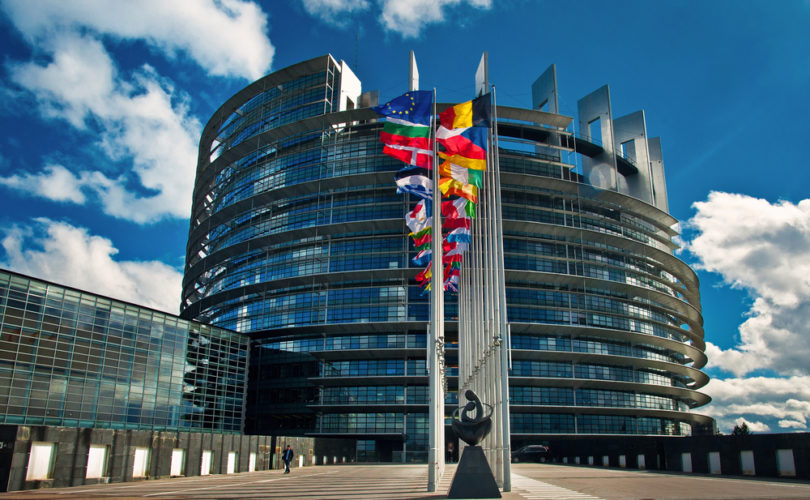 June 14, 2019 (LifeSiteNews) – French legislators are aiming to extend the legal time limit for elective surgical abortions from 12 to 14 weeks’ gestation (14 to 16 weeks’ amenorrhea).

While the first attempt in the French Senate was unsuccessful, thE wild “trial run” has led to the acceleration of the parliamentary agenda for “abortion rights,” which Emmanuel Macron’s “En Marche” party had promised to protect during 2017’s presidential campaign. The opportunity is also expected to be used to counter conscientious objection rights.

It all started on Friday, June 7, when former Women’s rights minister, Laurence Rossignol, used her position as a Senator to push an amendment through a practically deserted Senate. Arguing that lengthening the statutory period in which women may freely abort in France would allow some “3,000 to 5,000” women to travel abroad every year to put an end to their pregnancy in countries where the time limit is much longer (22 weeks’ gestation in Spain and the Netherlands) to abort in France.

The same argument, quoting similar statistics, was used in 2001 to add two weeks to the time limit of 10 weeks’ gestation (12 weeks’ amenorrhea). If the feminists are to be believed, the same number of women are still traveling to other countries each year despite the fact that first-trimester abortions are now fully legal, and even under more lax conditions than in 2001.

When Rossignol presented her amendment late Friday afternoon when many legislators are already on their way to their constituencies (or elsewhere … ) for the weekend, there was no real opportunity for debate. She said her proposition would signify a “real plus” for women’s rights.

“Three thousand to 5,000 women abort abroad due to having exceeded the time limit. The cost rests with them. It is unacceptable to count on neighboring countries to help these women,” she posted on her Twitter account.

In the 348-strong Senate, only 22 Senators were present for the vote: 12 voted for, 10 against by the simple means of rising while the “nay” voters remained seated, and the whole thing was rounded up in a matter of minutes.

The ensuing uproar was so great in French political and press circles that the Social affairs commission of the French Senate requested a re-vote as soon as the Senate gathered again at the beginning of this week. This is not because a majority of French politicians and mainstream media are pro-life – they are overwhelmingly pro-abortion – but because the stunning speed with which the amendment was adopted made all too clear that “abortion rights” are founded on ideology.

Agnès Buzyn, French minister for health, immediately agreed that the vote should be done over again because the conditions for “debate” the first time round had not been satisfactory.

The new vote took place on Tuesday, with 205 votes against extending the time limit and only 102 for.

Laurence Rossignol immediatement tweeted: “The right-wing/government coalition has won and we have lost the two-week extension. By the way, the great cause for F/M (female/male) equality of the five-year mandate will not have kid us for more than two years. We will continue to defend access to abortion!”

The French Planned Parenthood association and various feminist groups repeated that access to abortion is becoming more difficult in France (even though abortion statistics are on the rise despite fewer women overall being in their fertile years). They deplored the “stigma” that still lies on women who abort, particularly blaming an increase in the numbers of doctors who invoke conscientious objection not to perform the procedure.

More than 130 health centers where abortions were performed closed between 2001 and 2011, but the number of maternity clinics and hospital wards has also decreased drastically. Surgical abortions generally take place in gynecology and obstetrics departments in public hospitals.

Pro-life groups pointed out that at 14 weeks’ gestation a fetus is fully formed and unmistakably a human being.

Bernard Antony, president of the French “anti-racist,” pro-French and pro-Christian defense league AGRIF, commented on the initiative, recalling that “from conception, the embryo is a human being. But at 14 weeks, we’re talking about a fully-formed child, who is already sensitive to an increasing number of things, including pain. (…) Abortion is certainly the murder of the human being that an embryo is, but at 14 weeks, the killing of this embryo by abortion can be called infanticide.”

Buzyn’s decision to allow a new vote was definitely not dictated by such reflections. She has consistently favored widespread access to state-funded abortion.

Last September, she asked for an inventory in order to make sure, she said, that the number of doctors choosing conscientious objection was not rising – as if it were up to the public authorities to determine exactly how many physicians may at a given time decide they do not want to participate in the killing of unborn babies.

But in March, she declared that she was “absolutely against” the suppression of the conscientious objection clause on the grounds that no doctor can be obliged to perform any medical act unless if the life of the patient is at risk.

Perhaps pressure from objecting gynecologists and obstetricians, whose total numbers are insufficient to meet French needs, explains the statement.

It also appears that the stalling of the legislative process in the French Senate is more of a temporary brake on the loosening of abortion laws. The French minister for women’s rights, Marlene Schiappa, made clear after the Senate’s turnaround that she supported a National Assembly mission initiated by the women’s rights delegation in view of relaxing abortion laws and – not surprisingly – of extending the time limit from 12 to 14 weeks.

In such a way did the president of that delegation, “En marche” legislator Marie-Pierre Rixain, put the subject on the table once again.

“I am certain that Agnès Buzyn is not opposed to extending the time limit for abortion,” she stated Tuesday. ”But I agree with her that we can’t decide to do that with less than two dozen Senators amending a text that properly speaking has nothing to do with the issue of abortion.” She told the press that she will present a proposition in the fall, and that the mission she will preside will also look into the question of conscientious objection.

In fact, “thanks” to Rossignol’s trial run, the mission will start work within a few days instead of waiting for autumn as originally planned.

It seems that unborn babies and pro-life doctors have only gained a brief respite.