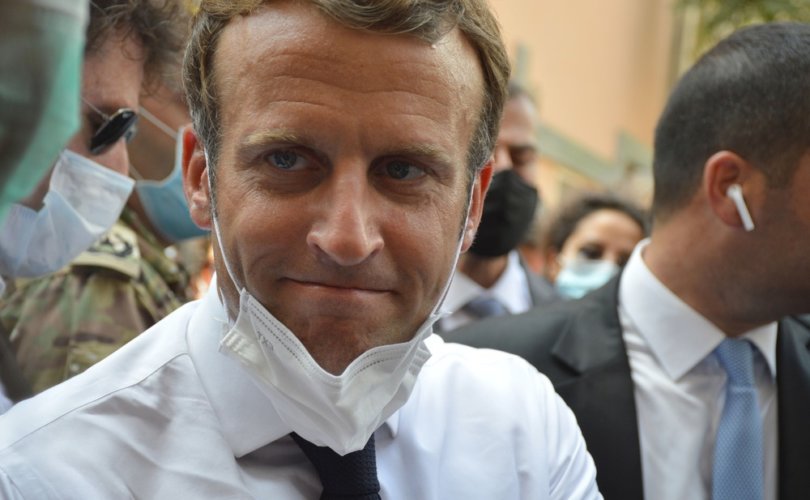 Macron voiced this opinion on Wednesday during a speech at the EU parliament in Strasbourg, as France steps into the EU’s rotating presidency.

“Twenty years after the proclamation of our Charter of Fundamental Rights, which consecrated the abolition of the death penalty throughout the Union, I wish to update this Charter, to make it more explicit on [issues like] environmental protection and the recognition of the right [sic] to abortion,” Macron stated.

The Charter of Fundamental Rights of the European Union (CFR) was ratified by all EU member states in 2000. It enshrines certain political, social, and economics rights granted to all EU citizens.

Macron’s statement made it clear that he considers abortion and environmental protection to be “European values;” he explained that enshrining them in the Charter would “consolidate our European values which are the basis for our unity, our pride, and our strength.”

Ironically, the abolition of the death penalty, used by Macron as an example during his speech, appears under the first heading in the document, “Dignity.” This section is about guaranteeing the right to life, as stated in article 2: “Everyone has the right to life.”

On International Woman’s Day, 2017, when he was still only a presidential candidate, Macron tweeted that he would “never stop defending abortion.”

And during the October 2020 UN General Assembly event commemorating the 25th anniversary of the 1995 Beijing Conference on Women, when abortion was cemented into UN policy, Macron complained that abortion was still opposed.

“Everywhere, women’s rights are under attack, starting with the freedom for women to control their own bodies, and in particular the right [sic] to abortion,” he mourned.

In his latest speech in front of the EU parliament, Macron established a connection between his views on abortion and the rule of law, which he described as “[Europe’s] treasure.”

The French president argued that some people have “distanced themselves” from this rule of law and need to be “persuaded again” of its true nature through dialogue.

“Let us open up this debate freely with our fellow citizens … to breathe new life into the pillar of law that forges this Europe of strong values,” he said.

Macron did not specify which people or nations have distanced themselves from the rule of law which he believes includes a right to kill the unborn, but the list of EU states which, to date, still ban or severely restrict abortion is short and includes Poland and Malta.

Incidentally, Macron’s call to enshrine abortion in the EU Charter comes just a day after the EU parliament elected Malta’s Roberta Metsola, who has hitherto had a reputation as  a staunch pro-lifer, as its president.

Worldwide, opponents of abortion deny that there is a “right” to abortion, as abortion always kills an innocent human being. Pro-lifers argue the right to life is the first of all rights, and that when a continued pregnancy threatens the life of the baby’s mother, every possible care must be taken to save them both