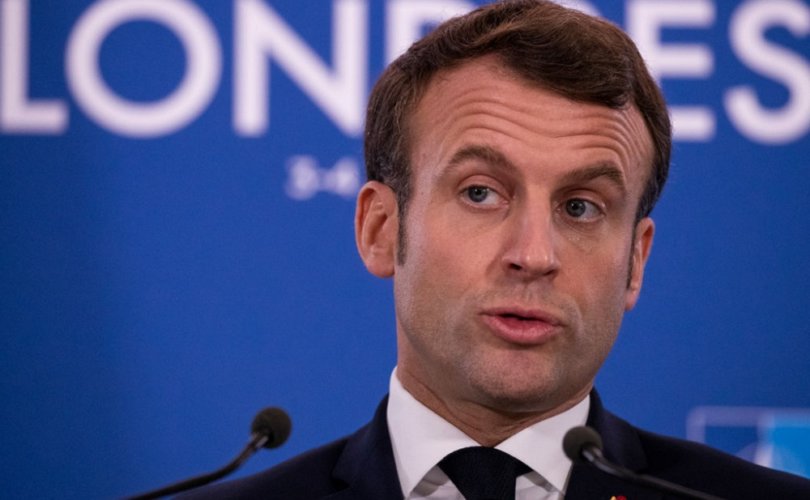 February 7, 2020 (LifeSiteNews) — The French Senate adopted the draft bioethics law currently under discussion in that body by a relatively small margin of 10 votes on Tuesday. One of its most spectacular elements, the legalization of access to artificially assisted procreation for single women, including those in lesbian relationships, was confirmed, as well as the widening of possibilities for research on human embryos. Other articles of the law were modified by the Senate, which canceled some of its more shocking propositions.

Although the higher chamber in France still has a right-of-center majority, the text, which remains deeply transgressive, obtained 153 votes in its favor, while 143 senators voted against and 45 abstained. The voting was not uniform right and left — 97 of the 144 “Les Républicains” mainstream right-wing senators rejected the law presented by Emmanuel Macron’s left-wing government, while 25 voted for the text, thus bearing responsibility for its adoption.

The presidential party “La République en marche” (LREM), created for the last presidential election and not very strong in the Senate, was itself divided: six of its 24 senators voted against the text.

Almost all the 348 senators were present, a sign that the revision of France's bioethics laws is being taken seriously. The first such law was adopted in 1994 and was already transgressive because it legalized artificial procreation and embryo selection.

From the start, it was decided that the bioethics law would be revised every five years in order to take medical and scientific progress and new techniques into account. As a matter of fact, the laws were revised over larger intervals. Each time, new possibilities for embryo research, pre-implantation diagnosis, and other such transgressions were added.

The draft bioethics law now being discussed has been substantially amended by the Senate and will therefore return before the National Assembly, probably in April. Laws are adopted definitively without a second reading in France only when adopted by both chambers in exactly the same terms.

While tens, probably even hundreds of thousands of French citizens have demonstrated twice already in Paris over the last four months against “artificial procreation without a father,” Macron’s presidential promise to feminist and LGBT activists was upheld in the text. The proposition had also been rejected during the nationwide “consultation” through official public meetings and via an internet platform: about 80 percent of the participants were against allowing in vitro fertilization or artificial insemination outside a stable man-woman couple.

In its amended version, the draft law has rejected an addition made by the members of the National Assembly and supported by the government: artificial procreation, the senators voted, should not be funded by taxpayer funds via the social security system, save when responding to a situation where infertility is medically verified. This measure would exclude single women, including those in lesbian couples, who are not medically infertile.

Among other dispositions, the Senate amended and rejected the possibility for women to freeze their eggs. The Senate also modified the way filiation will be noted in civil registers for lesbian couples. Instead of allowing both women to appear as “mothers” of the child, only the mother, who carried and delivered the child, would be known as such, while the “parent by intention” would be required to adopt her partner’s child.

The pro-life Fondation Jérôme-Lejeune listed other welcome changes wrought by the senators. They include the scrapping of the possibility to further select among test-tube embryos according to their chromosomal characteristics and the banning of transgenic embryos or “chimera” embryos using both human and animal material, also when using induced pluripotent human stem cells (iPS).

The senators also voted against egg-freezing and the fabrication of embryos using reproductive cells, male and female, from two donors. They rejected the canceling of the obligation for egg and sperm donors to obtain consent from their spouses.

Also on the positive side, the Senate, as the National Assembly had already done, confirmed the banning of surrogacy, including through the transcription of foreign birth registration acts into French civil registers.

It must be added that if artificial procreation is extended to lesbians, the principle of equality will most probably lead to the jurisprudential approval of surrogacy for male homosexual couples.

And while the situation could be much worse, it is already bad enough.

Firstly, the National Assembly will be free to reintroduce the modified dispositions of the draft law. Under French constitutional law, the assembly has an edge on the Senate when the two disagree. Several solutions exist: either the government can hasten the procedure in its favor or a second reading takes place at the Senate, and, in case of continued disagreement, the two chambers vote together, giving a certain majority to the left.

In its present amended state, the draft law is still increasingly anti-life. For instance, it maintains one of the law’s innovations, which is to allow embryo research in principle, with researchers being obliged only to declare their work to the competent authorities. This is a step worse than in the current law, which requires researchers to obtain prior permission, albeit from the pro-research “Agence de la biomédicine.”

Under this situation, the Fondation Jérôme-Lejeune has obtained declarations of illegality for several such projects.

The same “Agence de la biomédicine,” under the new law, will no longer check whether parents agree that their surplus in vitro embryos be used for research.

Other transgressions include the possibility of doing research on human embryos up to 21 days of life, which the Foundation sees as an open door to research on the artificial womb.

“Medical” abortion, which is legal up to birth in case of malformation of the unborn child or danger to the mother's health, is also being trivialized with the scrapping of the one-week “cooling-off” period before the abortion can be performed, and the specific conscientious objection clause associated with it will disappear from the health code. It will no longer be necessary to consult with the parents of underage girls undergoing such a “medical” abortion. Partial abortions in the case of multiple pregnancies are also being made legal.

According to propositions voted for by both the National Assembly and the Senate, prenatal diagnosis, potentially leading to abortion, will be extended to cases where genetic anomalies become apparent.

During the discussions at the Senate, regular demonstrations were held near the Palais du Luxembourg in Paris, especially against embryo research.

A new national demonstration against “artificial procreation without a father” is to take place on March 8.