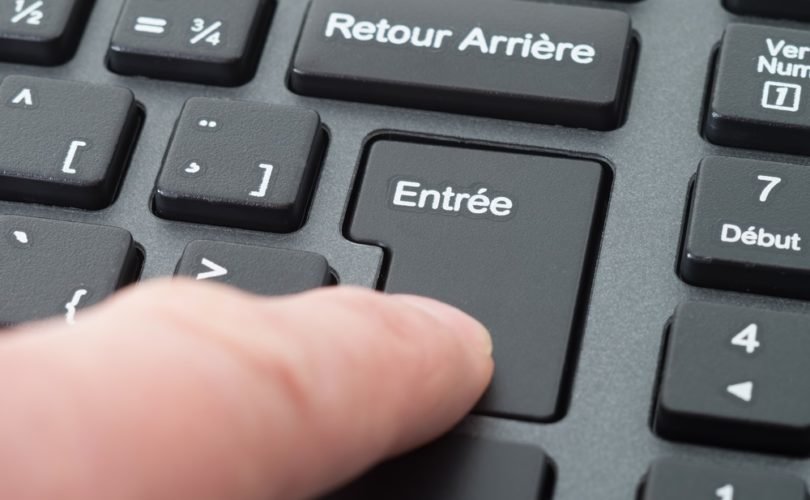 PARIS, January 20, 2016 (LifeSiteNews) – The socialist regime of French president François Hollande is disturbed by an embarrassing fact: its pro-abortion webpage, explaining to women their “right” to kill their unborn child, is stubbornly outranked on Google by a French webpage inspired by a pro-life point of view.

The situation is so troubling to government officials that it is seeking to dethrone the site from its position at the top of Google's search results and raise its own pro-abortion page above it. However, after months of attempts, the pro-life site continues to sit at the top of the page, with the government site below it, followed by more pro-life sites.

The pro-life site, IVG.net, bases its name on the initials for the standard French euphemism for abortion, “Voluntary Interruption of Pregnancy” (Interruption Volontaire de Grossesse, or “IVG”). When users of Google's French-language interface enter the initials “IVG,” the first page they see is IVG.net, which supplies them with a broad range of legal and medical information on abortion, including associated psychological and physical risks. It also discusses one's rights under French law to receive public assistance for caring for a child.

Just beneath IVG.net appears the French Ministry of Health's pro-abortion webpage, ivg.social-sante.gouv.fr, which claims to offer “all information on the Voluntary Interruption of Pregnancy” but recognizes no risks associated with abortion, nor does it discuss alternatives to the killing of the unborn. The page exclusively discusses the legal right to an abortion at government expense and mentions no options regarding adoption or public assistance for those who wish to keep their children.

The French minister of health, Marisol Touraine, launched the campaign against IVG.net and other pro-life sites from her Twitter account on January 7, writing, “Thanks to everyone who has mobilized to return the official IVG site to #1! To give it a boost, click on https://IVG.gouv.fr.”

The French media has followed up with numerous articles advertising the campaign to obtain more clicks for the government site and insinuating that the pro-life sites are misleading or illegitimate. However, twelve days later, IVG.net remains at the top of Google's listings.

The current campaign follows a previous attempt by the government to beat IVG.net by paying Google for a higher page rank. From September to December of last year, the Ministry of Health paid the search engine provider for an improved position. However, the efforts of the ministry have had no permanent results.

The current campaign represents the second attempt by the Hollande administration to beat IVG.net on Google. In 2014, Touraine made her first attempt to dislodge IVG.net from its high position, also by asking for clicks. Although the government site temporarily rose above IVG.net, it quickly returned to second place.

IVG.net is maintained by the organization SOS Détresse (SOS Distress) and is reputed to be lead by René Sentis, an author of books on marital fecundity, the Billings Method of natural family planning, and Catholic doctrine on marriage. It maintains a 24-hour toll-free hotline for those who have questions about abortion.