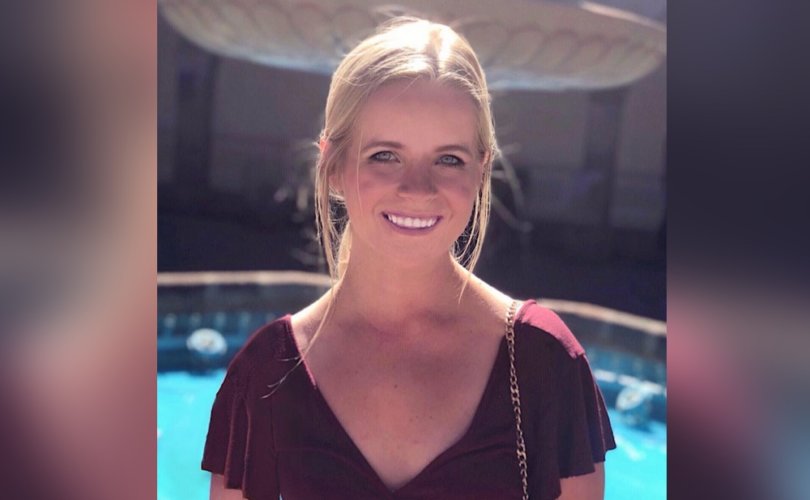 Kostial was a business student at the University of Mississippi. Her college friends confirmed to the UK’s Daily Mail that the 21-year-old was pregnant with her accused killer’s child.

The Daily Mail reported today that a fellow Ole Miss student told them: “Her sorority sisters knew she was pregnant and that she had told [accused killer] Brandon. He was really upset about it, that it would ruin his life and his future.”

“He was really mad that she wouldn't get an abortion. She was like, ‘No, I don't believe in that.’”

Another student alleged that Ally had been trying to induce a miscarriage, rather than have a surgical abortion.

“She was really upset because she was pregnant, and she had been trying to [get rid of her child] through unhealthy ways, like going out, drinking a lot, and doing drugs. She was 17 weeks pregnant. She was not handling it well.”

“Brandon found out, but he was dating someone else,” the student continued.

“He wanted her to get an abortion. I think morally she didn't want to do it.”

On July 20, 2019 the college student was found dead by Sardis Lake in LaFayette County, Mississippi, 20 miles from campus, by a police officer on patrol. Kostial had been shot multiple times.

Two days later, 22-year-old Brandon Theesfeld of Fort Worth, Texas, also a business student at Ole Miss, was arrested and charged with her murder.

Investigators have been tight-lipped about possible motives for Kostial’s murder, but it now appears that it could have been because she was allegedly pregnant with a baby fathered by Theesfeld and refused to have an abortion.

Friends reported that Theesfeld and Kostial had had a tumultuous, “on-again, off-again” relationship, and one of the young man’s dorm mates told media that Theesfeld was a “daddy’s boy” who peppered his conversation with misogynist comments.

Ravita told CBS affiliate KMOV that Theesfeld had bragged about his father’s wealth and influence.

“I’m not going to sugar coat it,” he said. “He was pretty much a daddy’s boy type, constantly had to reference his father’s money, how his dad could get him out of anything – just that attitude all the time. Any type of vulgar comment he could say, any type of rude comment to anybody in our dorm, any of the women.”

Dr. Daniel Theesfeld, Brandon’s father, has released a statement saying that his son is innocent of Kostial’s murder and has hired high-powered Mississippi lawyers to defend him.

Kostial was laid to rest on Saturday in her hometown of St. Louis, Missouri.

The University of Mississippi has suspended Theesfeld.