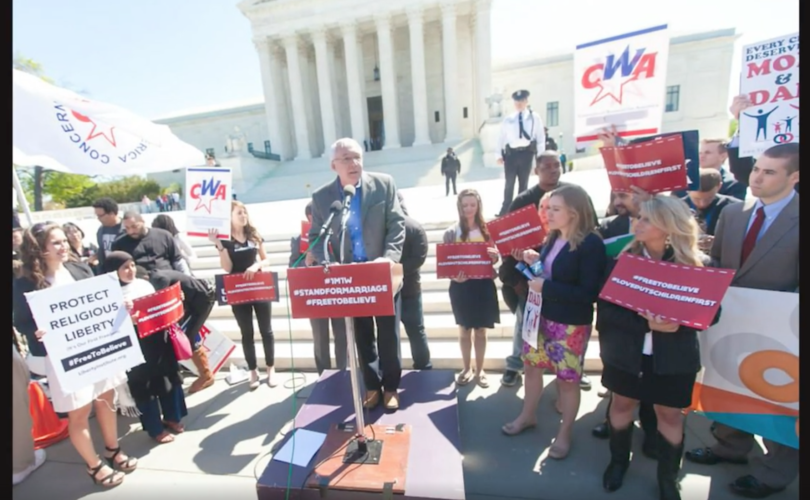 May 26, 2020 (LifeSiteNews) – Twenty years ago, Doug Mainwaring left his wife and two children to live as a gay man. His story may or may not surprise you, but it will definitely bring you hope.

A new video, produced by LifeSiteNews, tells the story of Mainwaring’s abandonment of his family to live as a gay man and eventual reunion with his family from the most unlikely of roads: same-sex marriage activism.

Having lived his life as an activist on the other side of the tracks, Mainwaring reflects on the battle raging against the family saying:

“The sexual revolution has been the bloodiest war in history, and after having violently taken hundreds of millions of children’s lives through abortion, and after millions more have been critically wounded through divorce and adult selfishness, the fate of children is more precarious than ever. The lies of LGBT ideology are inflicted on our children in our schools, in the media, and even at drag queen story times in our public libraries. In the few short years since Obergefell, we have been plunging down a slippery slope into the ghastly world of transgenderism. Obergefell opened a door that should never have been opened, releasing the contagion of transgenderism on an unsuspecting, unprepared public and our kids are now its most susceptible, tragic victims.”

Mainwaring then urges readers to help in LifeSite’s effort to “expose and strike back at the dark forces attacking and pillaging the Church and our families with impunity” by joining their growing army of sustaining supporters.

Thanks to the generosity of a family close to LifeSite, everyone who becomes a monthly donor to the mission in 2020 will have their monthly gift matched for the entire year up to $120,000.

If you’d like more information on how you can have an impact in bringing truth to the world through the pro-life and pro-family news reporting of LifeSiteNews, visit https://give.lifesitenews.com/sustainlife for more information