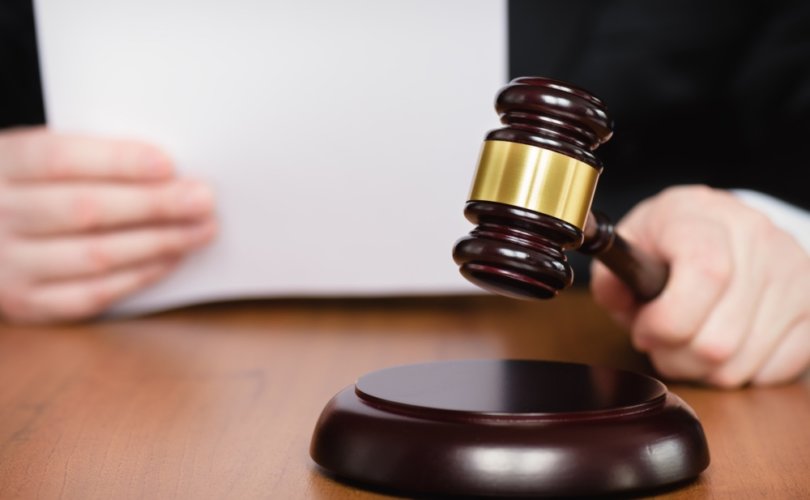 July 28, 2021, (LifeSiteNews)— Despite a lawsuit from Planned Parenthood resulting in a temporary injunction, the Eighth U.S. Circuit of Appeals is again considering a Missouri law which bans abortions after 8 weeks gestation, among other provisions for mothers and unborn children.

In a move called a “surprise” and “sudden” by Missouri Right to Life and Planned Parenthood respectively, the federal appeals court has decided to review its June 9, 2021 ruling  blocking Missouri’s HB 126, the “Missouri Stands for the Unborn Act.”

Enacted in 2019, the law declares that “an abortion shall not be performed or induced upon a woman at eight weeks gestational age or later, except in cases of medical emergency.” It contains no specific exemption for rape or incest.

Doctors are punishable with prison terms of up to 15 years under the law. The mothers of aborted children would not be punished.

“A person who knowingly violates these provisions shall be guilty of a class B felony, as well as subject to suspension or revocation of his or her professional license,” under the law. “A pregnant woman upon whom an abortion is performed or induced in violation of these provisions shall not be prosecuted for a conspiracy to violate this act.”

The law also forbids “discriminatory” abortions committed on the basis of an unborn child’s race, sex, or Down Syndrome diagnosis; requires informed consent from mothers seeking abortions; requires guardians to grant permission for minors’ abortions; and raises the amount of medical insurance required for abortion providers.

Missouri law already requires that doctors performing abortions have admitting privileges at nearby hospitals and that professional counseling is given to women three days before their abortions. As a result, only one abortion facility remains in all of Missouri.

A three-judge panel of the Eighth U.S. Circuit of Appeals initially upheld an injunction to the new pro-life law, calling its ban on abortion “categorically unconstitutional.” But now the full 18-judge circuit will review the case, the Missouri Independent reports.

“At a time when Missouri politicians, at the behest of Governor Parson and anti-abortion ideologues, continue their relentless attacks on reproductive health care, our rights often come down to one court decision at a time,” responded Yamelsie Rodriguez, president and CEO of the St. Louis-based Reproductive Health Services of Planned Parenthood. “For now, we celebrate our continued availability to provide safe, legal abortion at the last remaining clinic in Missouri.”

Missouri’s Republican Attorney General Eric Schmitt, by contrast, declared, “I have never and will never stop fighting to ensure that all life is protected.” He said that his son Stephen, who has epilepsy and is autistic and non-verbal, has “shown [him] the inherent beauty and dignity in all life.”

On July 1, Schmitt requested that the U.S. Supreme Court take up the case. Whether the case will move to the Supreme Court is yet to be seen, though it will be reviewing another pro-life law out of Mississippi, which could have ramifications for abortion bans in Missouri and across the nation.