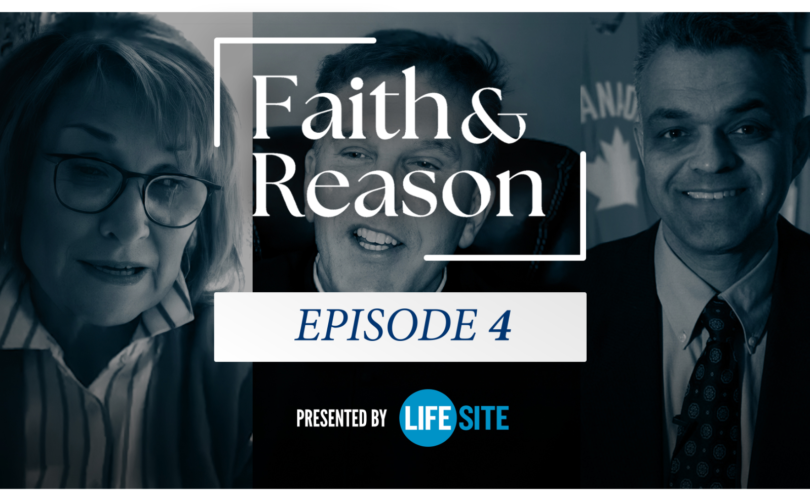 (LifeSiteNews) – On this week’s episode of Faith & Reason, the panel discuss the controversial assertions of transhumanist philosopher Yuval Noah Harari, an advisor to Klaus Schwab of the World Economic Forum, that human beings are “hackable animals” using under-the-skin biotechnology implants, that free will is merely a fiction, and that corporations now know individuals better than they know themselves.

LifeSite’s John-Henry Westen noted how artificial intelligence (A.I.) follows our every move, documenting our shopping and online browsing habits – including what kind of social media posts we view and how long we spend on them – drawing a comparison between the kind of data mining we see Big Tech employing and the way that Satan predicts our behaviours by observing us, rather than by actually reading our minds.

Elizabeth Yore added that key players in the World Economic Forum have been “working diligently to this point to replace God” and that developments in A.I. are the next step along that road.

“If you look at the last 70 years, you will see abortion certainly was the ability to replace God to end life. Surrogacy, test tube babies, was the ability to create life, they would argue, in ways that man has control, not God. So this is using technology to be God … We know that the Great Reset is the great plan to replace God. It is the atheistic project that has been really in the in the dark for many years,” Yore said.

Harari has also suggested that the coronavirus crisis will be viewed as “the moment when a new regime of surveillance took over, especially surveillance under the skin,” alluding to a biological implantation of some kind being used not only to track and document people, but to “re-engineer” them.

Yore argued that the globalist elites are using the guise of science to bring about plans to depopulate the earth. While abortion and contraception have played their part in this pursuit, Yore raised concerns that the COVID-19 jabs contain “properties that will continue to destroy the immune system” as well as the threat of nuclear warfare and bioweaponry all being employed towards the global depopulation end.

Westen affirmed that world depopulation has been an ongoing and surprisingly open secret of global elites, the influence of which is making its way through the corridors of the Vatican.

“These are godless people,” Father James Altman charged. “When you don’t have God as your guiding light, you can do any evil, unimaginable evil.”

“They’re doing this on purpose because they want social unrest to grow to such a critical mass. It’s only going to take one catalyst for the whole thing to go, boom.”

Offering the final word, Yore urged listeners “to turn off the television, turn to Our Lady, turn to prayer, turn to the family rosary and we’ll get through this. But it’s going to take a paradigm shift in our lives, in the life of the church, that we cannot sit back and wait for the bishops to do what’s right.”

With the increasing pace of the Great Reset agenda, this is a timely episode that you won’t want to miss!