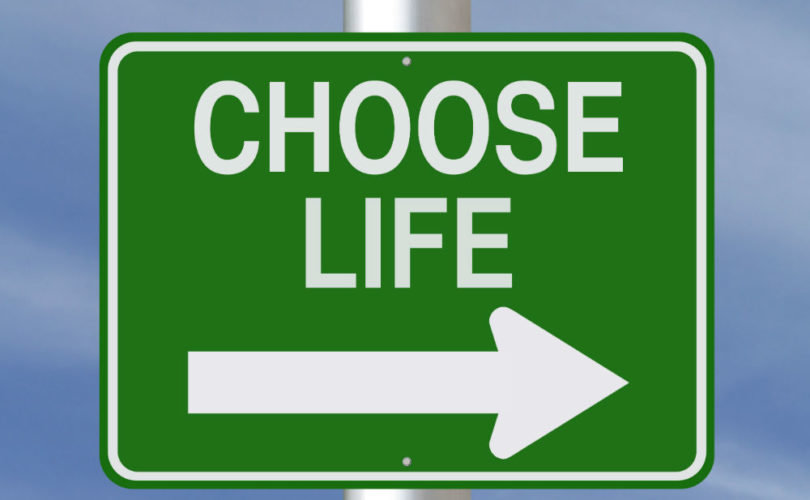 June 13, 2018 (LifeSiteNews) – A majority of U.S. citizens continue to favor banning most abortions, according to new polling data from Gallup.

On Monday, Gallup released a new report on its annual survey of American abortion attitudes. While respondents’ self-labeling remains evenly divided, with 48% each identifying as “pro-life” and “pro-choice,” more specific questions reveal that a clear majority wants to ban most abortions.

A combined 53% of Americans favor legal abortion in “few” or “no” circumstances, while just 43% think abortion should be legal in “all” or “most” circumstances.

These findings have been remarkably durable for more than two decades, as 54% or more have given Gallup the same answer every year from 1995 through 2017.

Other surveys, including CNN/ORC International polls from 2006 to 2016 and Marist Institute polls commissioned every year by the Knights of Columbus, also consistently find majority support for generally prohibiting abortion. Many pro-lifers oppose granting exceptions such as rape and incest, arguing that they abandon and dehumanize babies conceived in difficult circumstances, but many pro-life groups generally accept candidates and policies containing them on strategic grounds.

The 2018 findings for self-identification (48% identify as pro-choice, 48% as pro-life) also represent positive movement for pro-lifers, albeit more narrowly.

“Although there has been some variation in past years, Americans have typically been closely split on whether they consider themselves pro-choice or pro-life, particularly since 2000, when the averages have been 47% pro-choice and 46% pro-life,” the report explains. “During the 1990s — when Gallup first asked the question — more Americans personally identified as pro-choice than as pro-life by 51% to 40%, on average.”

The numbers serve as a dramatic rebuke to Planned Parenthood executive vice president Dawn Laguens, who claimed last week in a Medium op-ed that the Trump administration’s pro-life agenda appeals only to a “tiny sliver of voters.”

Additionally, polling data confirms Americans consistently side with pro-lifers on the peripheral questions of the abortion debate.

At its 2016 national convention, the Democratic Party adopted a platform opposing all restrictions on abortion and calling for it to be taxpayer funded. But according to Marist, both positions are at least as extreme as pro-life stances routinely labeled extreme in the media.

The number of Americans who believe abortion should be available past the first trimester is 20%, the exact same amount that would limit abortion to saving a mother’s life. Only 12% Americans favor allowing abortion through all nine months of pregnancy, and only 36% of Americans support taxpayer funding of abortion.

Majorities also say abortion “does more harm than good” to a woman’s life in the long run, and that people should not be forced to provide or insure abortions against their will.

The only major question on which the abortion lobby holds a significant polling advantage is Roe v. Wade, which enjoys support ranging from the mid-fifties to high sixties. However, many pro-lifers have noted that many polls falsely suggest Roe only legalized first-trimester abortions, and theorize its support would erode if the public knew how the Supreme Court avoided the question of when life begins, or that many pro-abortion legal experts admit that Roe is constitutionally baseless.