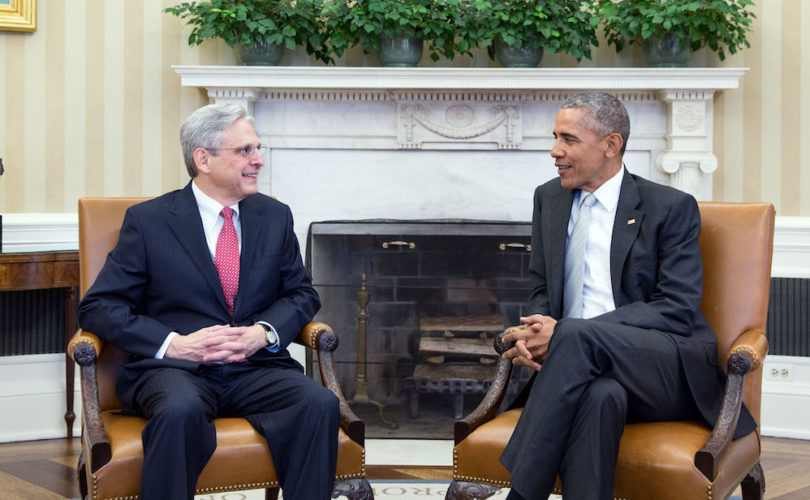 June 15, 2021 (LifeSiteNews) – U.S. Attorney General Merrick Garland warned Friday that the Justice Department will be “scrutinizing” the states currently undertaking audits of the 2020 presidential election, hinting that the Biden administration intends to punish states for looking too closely at President Joe Biden’s victory last fall, as well as states that have enacted new safeguards for election integrity in the months since.

“Many of the justifications proffered in support of these post-election audits and restrictions on voting have relied on assertions of material vote fraud in the 2020 election that have been refuted by the law enforcement and intelligence agencies of both this administration and the previous one, as well as by every court — federal and state — that has considered them,” Garland claimed, ABC News reports.

The Biden Justice Department will be “scrutinizing new laws that seek to curb voter access,” and “where we see violations of federal law, we will not hesitate to act,” he declared.

JUST IN – Attorney General Merrick Garland announces that the Justice Department will scrutinize any post-election audits for evidence of voting law violations. pic.twitter.com/asXkJtXzby

Particularly in light of the Biden administration’s support for the so-called “For the People” Act (which would force every state to dramatically relax standards for vote registration and absentee voting and forbid basic security measures such as photo identification), conservatives see Garland’s remarks as having less to do with upholding election law and more to do with intimidating states that persist in questioning Biden’s victory, which came under suspicion thanks in large part to last year’s drastic expansion of no-excuse mail voting and relaxed standards for absentee ballots.

Garland’s remarks echo a common refrain that stolen-election fears are a “debunked conspiracy theory” on the grounds that legal challenges to the election results failed in court. In fact, while some of the legal briefs filed on behalf of former President Donald Trump were flawed, many others were dismissed over process issues without a judge ever considering the cases on the merits.

Last month, Arizona’s Republican Senate President Karen Fann alleged that the ongoing audit of her state’s election results has so far found evidence that “the entire ‘Database’ directory from the D drive of the machine ‘EMSPrimary’ has been deleted,” removing “election related details that appear to have been covered by the subpoena”; as well as “apparent omissions, inconsistencies, and anomalies relating to Maricopa County’s handling, organization, and storage of ballots.”