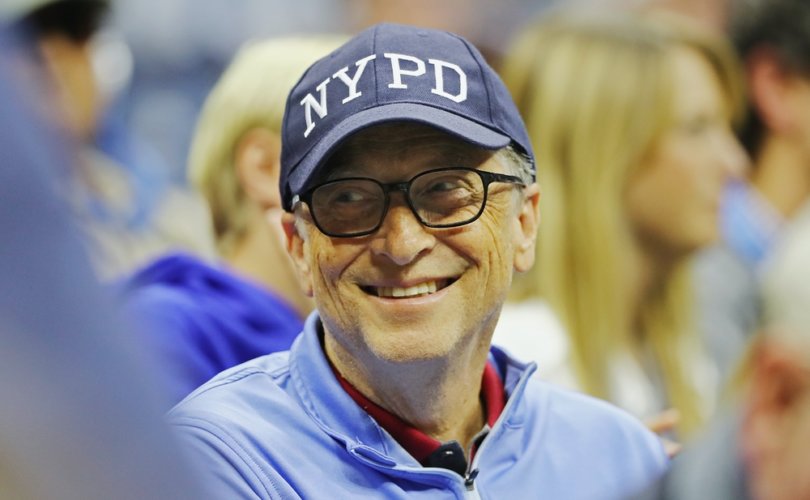 NEW YORK, May 6, 2020 (LifeSiteNews) – Educator and parent groups are criticizing Gov. Andrew Cuomo’s announcement that New York state will work with the Bill & Melinda Gates Foundation to “reimagine” a “new normal” for education.

The collaboration was forged in response to the lack of preparedness of school systems across the state to make the sudden shift to remote instruction after the coronavirus pandemic forced the shutdown of traditional classroom teaching.

“The last few months have been an incredibly stressful time full of change, but we have to learn and grow from this situation and make sure we build our systems back better than they were before,” said Cuomo in a live-streamed news conference.

‘An historic moment to revolutionize education’

Cuomo zoomed in on education, and suggested that the pandemic has triggered an opportunity to incorporate more tele-education, virtual education, and remote education as part of the new normal for teaching the state’s young people.

“I want to thank the Bill & Melinda Gates Foundation; we’ll be working with them on this project,” announced Cuomo.

“Bill Gates is a visionary who has spoken about his ideas on technology and education” for many years, said Cuomo.

“I think we now have a moment in history where we can actually incorporate and advance those ideas,” he declared.

“I think this is one of those moments,” he continued. “Let’s start talking about really revolutionizing education.”

The “reimagining” of the future of New York’s education system guided by the Bill & Melinda Gates Foundation will include:

Cuomo’s announcement that Gates’ organization would be involved in overhauling education in the Empire State was met with a swift backlash. Many pointed out that over the years the billionaire tech couple has posted a less than stellar track record with their forays into revamping education.

“As educators, parents and school board members, we were appalled to hear that you will be working with the Gates Foundation on ‘reimagining’ our schools following the Covid crisis,” stated a letter addressed to Governor Cuomo, signed by three organizations: The New York State Allies for Public Education, Class Size Matters, and the Parent Coalition for Student Privacy.

Bill Gates and the Gates Foundation have promoted one failed educational initiative after another, causing huge disaffection in districts throughout the state.

Whether that be the high-handed push by the Gates Foundation for the invalid Common Core standards, unreliable teacher evaluation linked to test scores, or privacy-violating data-collection via the corporation known as inBloom Inc., the education of our children has been repeatedly put at risk by their non-evidence based “solutions.”

We urge you instead to listen to parents and teachers rather than allow the Gates Foundation to implement their damaging education agenda once again.  Since the schools were shut down in mid-March, our understanding of the profound deficiencies of screen-based instruction has only grown. The use of education tech may have its place, but only as an ancillary to in-person learning, not as its replacement.

Along with many other parents and educators, we strongly oppose enabling the Gates Foundation to influence the direction of education in the state by expanding the use of ed tech.

“Gates should run for president,” tweeted Laura Ingraham. “He wants to run your lives.”

Gates should run for president. He wants to run your lives…New York will work with the Gates Foundation to develop a blueprint to “reimagine education” in the COVID-19 era. https://t.co/Meh4D0UzUe

You can FORGET about real education and meaningful discussions if students and teachers have to worry about every thought and opinion being recorded and played back later in life by the thought police.https://t.co/F1pZpPQ43J

A 7-year, $1 bil education initiative by @gatesfoundation was a failure. Why are they designing blueprints and not educators?!

“The initiative did not achieve its goals for student achievement or graduation, particularly for low-income minority students”https://t.co/o4hvhMFGyT

Andrew Cuomo is partnering with the Gates Foundation to come after our children. Gates is the reason we had Common Core. This is not just a NY problem… it’s coming to your neighborhood next! pic.twitter.com/qZaZIYlWzU

Jasmine Gripper, executive director of the Alliance for Quality Education, said that online-only teaching hurts students who require the most help, and that too much “screen time” is harmful for kids.

“In 2018 there was an attempt by a different billionaire to promote online learning in NYC public schools, the failed program led to student walkouts and dismal results,” wrote Gripper.

“Up-to-date technology is an essential classroom tool, but it will never replace the face-to-face interactions and relationships with caring teachers that form the bedrock of a child's education,” she added.

Pro-life and conservative activists have raised other concerns about the pro-abortion, pro-contraception Gates Foundation’s role in the coronavirus response. Bill Gates said he thinks life won’t go back to “normal” until the population is “widely vaccinated” and that “eventually we will have some digital certificates to show who has recovered or been tested recently or when we have a vaccine who has received it.”

Gates has also funded Massachusetts Institute of Technology (MIT) research that floated the idea of embedding vaccine records “directly into the skin” of children.

“Along with the vaccine, a child would be injected with a bit of dye that is invisible to the naked eye but easily seen with a special cell-phone filter, combined with an app that shines near-infrared light onto the skin,” an article in Scientific American explained. “The dye would be expected to last up to five years, according to tests on pig and rat skin and human skin in a dish.”

The idea was “funded by the Bill & Melinda Gates Foundation,” Scientific American explained, and it “came about because of a direct request from Microsoft founder and philanthropist Bill Gates himself, who has been supporting efforts to wipe out diseases such as polio and measles across the world.”