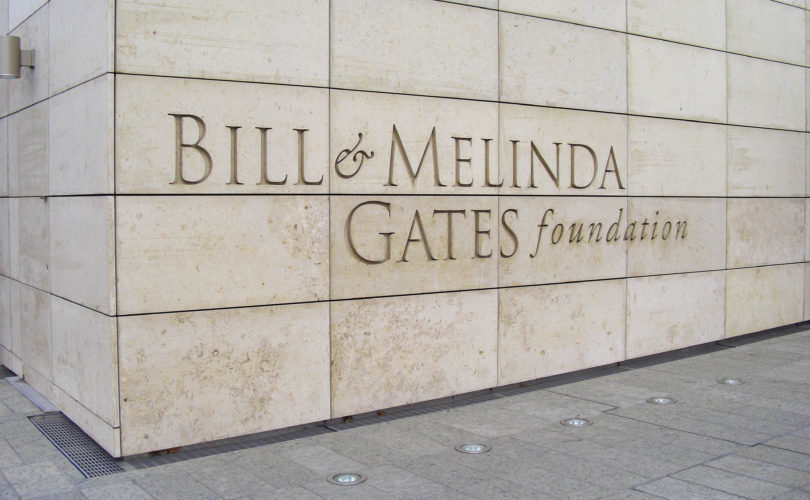 In a June 30 press release, the Gates Foundation touted its commitment to “advance women’s economic empowerment, strengthen health and family planning, and accelerate women in leadership as women suffer disproportionately from the pandemic.”

The announcement was made during the Generation Equality Forum convened by UN Women that took place in Paris from June 30 to July 2. The Gates Foundation committed $1.4 of the $2.1 billion to fund “family planning and women’s health.”

Previously, the Gates Foundation committed major funding for abortion and contraception overseas. In 2015, the foundation was suspected of forcing African women to take dangerous contraceptives in an attempt to control the population.

Melinda Gates has repeatedly claimed that contraception is a necessity for women. “Since we made that promise, millions of unintended pregnancies have been avoided and thousands of lives saved,” she maintained.

While the foundation claims to support “family planning” through the use of contraceptives, they fail to explain how they will aid existing families and women who wish to have babies.

Conversely, the Gates Foundation openly funds many abortion industries, including Planned Parenthood and Marie Stopes International. The Gates Foundation also has a close affiliation with the United Nations Population Fund (UNPFA), which has assisted with China's one-child policy.

The Gates Foundation has also pushed vaccines, spending billions on the GAVI Vaccine Alliance. The foundation is behind vaccination programs worldwide, which include a push for mass vaccination against COVID-19 using experimental mRNA-derived and abortion-tainted formulas.