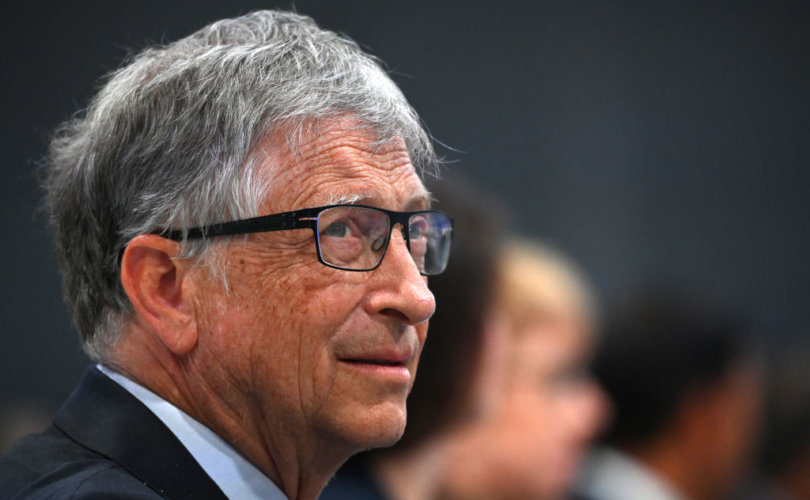 According to a September 21 press release published on the Gates Foundation’s website, the $200 million package will be used to create an infrastructure that “encompasses tools such as interoperable payment systems, digital ID, data-sharing systems, and civil registry databases” that purports to make countries “more resilient to crises such as food shortages, public health threats, and climate change, as well as to aid in pandemic and economic recovery.”

The 2030 Agenda was adopted by the UN in 2015 and establishes a set of 17 goals that are rooted in Marxist theory. These goals, set to be achieved by 2030, aim to control the population through abortion and contraception, reduce fossil fuel consumption supposedly for the sake of the climate, and instigate a global ID system in which people’s every move will be tracked and monitored.

Michael Rectenwald, author of “Google Archipelago: The Digital Gulag and the Simulation of Freedom,” with The Defender that “of all the other means of identifying and tracking subjects, digital identity poses perhaps the gravest technological threat to individual liberty yet conceived.”

Rectenwald went on to say that digital ID “has the potential to trace, track and surveil subjects and to compile a complete record of all activity, from cradle to grave.”

Read: Globalists are intent on mandating digital IDs. Here’s how you can fight back

Corey Lynn, an investigative journalist who has continuously emphasized the need to oppose vaccine passports, explained on her blog that COVID-19 played a key role in the establishment of a global digital identity system in line with the 2030 Agenda goals by normalizing the idea of an international ID system with the use of vaccine passports.

“Simply put, the pandemic is to mandate an experimental gene therapy that the CDC likes to refer to as a ‘vaccine,’” she wrote. “That ‘vaccine’ is for purposes of getting everyone onto a vaccine ID passport. The passport is to force everyone into the new global social credit system.”

Lynn continued, “That system is to bring the global population to full obedience, as the globalists control everyone’s access and spending to anything and everything in life, through the use of the new CBDC (central bank digital currency) system they are building toward.”

With the instigation and normalization of vaccine passports, people adapted to a “new normal” that included showing ID for even minor things in their daily lives, including the right to travel, to sit at a restaurant, or even to watch a movie in a theatre. Without this new means of identification, people were left without access to essential services, with many individuals even losing their jobs or their access to education. With the creation of QR codes, these ID checks were then able to be implemented in nations across the world.

As LifeSiteNews has previously reported, the elites now want to continue certain aspects of the COVID-era restrictions, which includes a desire to make digital IDs a permanent and universal reality that is already established in countries such as China.

The Gates Foundation’s pledge of $200 million to the global digital ID would establish a system dangerously close to that of China. However, organizations such as the World Economic Forum see this as a good thing, stating that China’s system has actually “delivered tangible benefits” to its citizens.