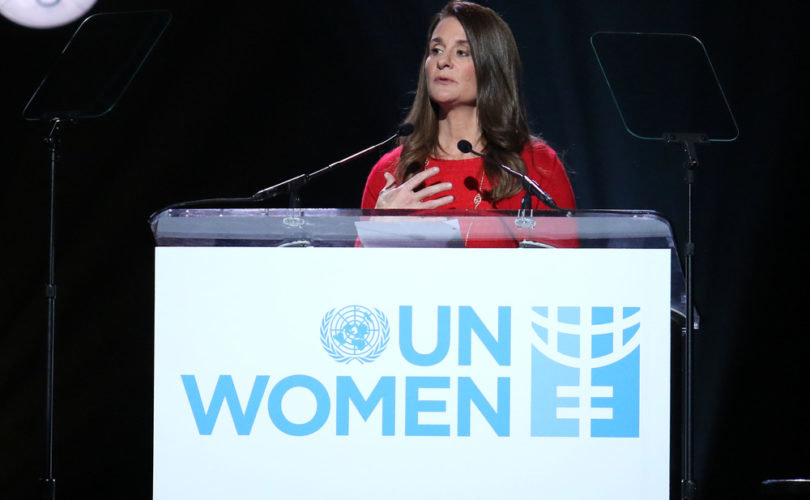 NEW YORK, November 20, 2015 (C-Fam) HIV/AIDS and women’s health advocates are criticizing a recent report released by the World Health Organization (WHO) on the safety of a controversial contraceptive favored by the Gates Foundation. Depo-Provera is a long-acting contraceptive distributed to poor women in the U.S. and through foreign aid programs.

WHO’s revised guidelines released October 21 now mirror those issued by Pfizer Pharmaceutical, Depo-Provera’s manufacturer. It states there is “no evidence of a causal association between DMPA use and an increase in women’s risk of HIV acquisition.” This reversal, says Hartmann, despite 25 years of scientific studies citing an increased risk of HIV transmission among women using it, raises questions about whether WHO abandoned caution due to “outside ‘encouragement’” by special interest groups.

Some 40 sexual and reproductive health groups and advocates have asked WHO’s Director General, Dr. Margaret Chan to sideline the new guidelines and remove it from WHO’s website until it can undergo “a rigorous consultative process” at a key meeting scheduled in December.

The criticism comes as WHO faces accusations of being unduly influenced by its biggest contributors. Some 70% of donations to WHO are restricted for specific programs. “WHO’s priorities have been “distorted” and “perverted” by these voluntary contributions, said Dr. Linsey McGoey, who studies global philanthropy.

The Bill and Melinda Gates Foundation established a $40 billion endowment for WHO. The $3 billion disbursed annually to WHO makes up 10% of its annual budget. Currently there are no major high-level policy decisions implemented by WHO without being “casually, unofficially vetted by the Gates Foundation,” relayed Dr. McGoey at a recent Washington, DC, event on the release of her book, No Such Thing as a Free Gift: The Gates Foundation and the Price of Philanthropy.

Like the Gates Foundation, the US and UK governments are also major contributors to WHO and to FP2020, an initiative spearheaded by Melinda Gates. The initiatives’ goal is to bring family planning, primarily in the form of long acting contraceptives, to an additional 120 million women and girls mostly in sub-Sahara Africa by the year 2020.

Funding for long-acting contraceptives including Depo-Provera has skyrocketed since Melinda Gates became the latest newcomer to a long list of philanthropists supporting population control programs. The partnership was formed in 2012 after the London Family Planning Summit brought together governments, UN agencies and family planning groups, most of which promote abortion. Pfizer Pharmaceuticals announced it would double production of Depo-Provera. Reports estimate $36 billion in sales for the drug.

Prior to FP2020’s launch, WHO issued a technical guidance on hormonal contraceptives strongly urging women using progestogen-only injectables like Depo-Provera in high HIV communities to use condoms. With 60% of women in sub-Saharan Africa using injectable contraceptives, and only half of the women in the region are literate, it was reported WHO would work on a communications strategy to reach users.

WHO’s policy reversal would indicate efforts to caution women of Depo-Provera’s risks has been abandoned.