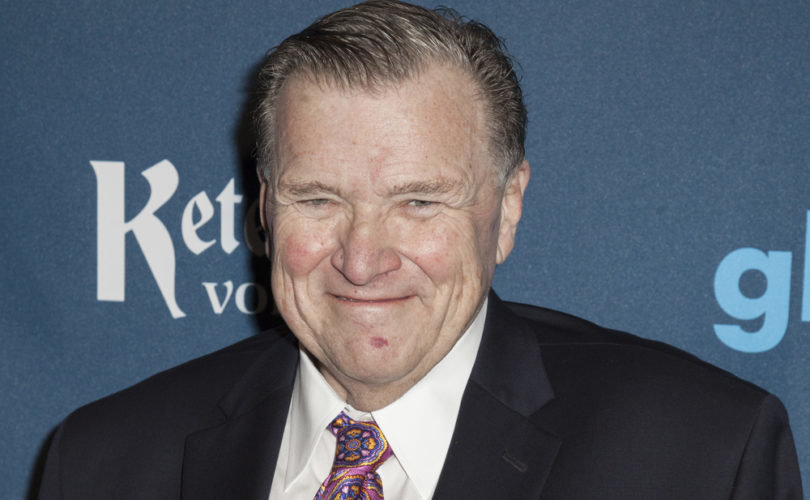 Veteran gay activist David Mixner, 68, admitted Monday that the devastation of HIV/AIDS on seven friends and a lover in the 1980s drove him to murder them out of “mercy.” The revelation has a prominent anti-euthanasia activist calling for a criminal investigation.

In a biographical stage show performed in front of influential politicians and gay rights activists sponsored by the Point Foundation, Mixner — who has been on the forefront of the gay rights movement for four decades — admitted that he killed the eight people in the 1980s. All of the people, according to Mixner, were in the final stages of HIV/AIDS.

One of the eight was Peter Scott, with whom Mixner had a 12-year relationship. According to The Daily Beast's Tim Teeman, who interviewed the activist after the show, Scott asked Mixner to help him die.

Teeman says that Mixner was part of “an underground euthanasia network” that included medical professionals. They are “all gone,” according to Mixner, and as for prosecution against himself, he thinks that is “unlikely.”

“I am not worried, and what I did was right. In the end I wanted people to know about these decisions I had to take in my 30s that no one should have to take in their 30s,” Mixner said. He told Teeman that he admitted to the killings because “today’s generation must know about the struggles that came before, that got us here. Without a knowledge of history, there is a lack of substance, dignity, and nobility that rightly belong to the victories we have won.”

Mixner's long history of activism includes anti-war protests in Washington during the 1960s, as well as gay rights activism in the 1980s. He became friends with Oxford College student Bill Clinton in 1969, and was an important factor in Clinton receiving the support of the gay community in his 1992 presidential run.

While Mixner was a prominent member of Clinton's campaign, and a strong supporter of his early presidency, he severely criticized the implementation of Don't Ask, Don't Tell. This led to his exclusion from the Clinton White House as even an informal adviser.

Mixner says he committed the killings — legally, murder, in all 50 U.S. states — by using enormous dosages of morphine left for him by his medical allies. Each death “could take four hours, it could take 12 hours.”

While he admits to having moral concerns with his actions, Mixner said that his actions helped people “to die with dignity and love. No one will ever convince me that it is in God’s plan for us to die in extreme pain and suffering.” According to Mixner, he was Catholic, “love[s] Pope Francis,” and identifies as “an old school liberation theologist.”

Anti-euthanasia activist Alex Schadenberg told LifeSiteNews that Mixner's story leaves many questions unanswered, given that it relies completely on his honesty. “When he talks about doing this, the questions are: What did he actually do? Why did he do it?”

“There should be an investigation,” insists Schadenberg. “This is someone who has broken the law, and has committed an act of murder in every state in the U.S.”

“Kevorkian went to jail for this same crime, for killing one person. If he's telling the truth, David Mixner is a mass murderer.”

A spokesperson for the Point Foundation, which provides educational scholarships to the LGBT community, declined to comment on “the content of the show,” saying, “We are grateful for the support of those who came out for the evening's performance.”