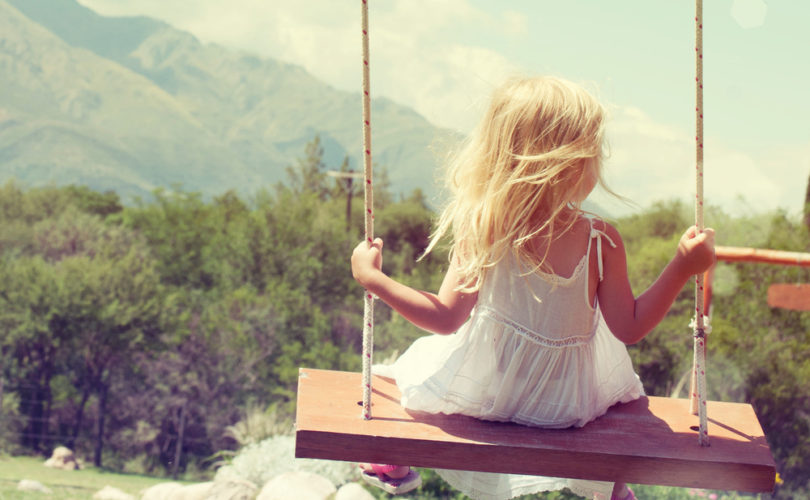 TORONTO, March 13, 2015 (LifeSiteNews.com) — A homosexual activist has candidly admitted that gay-themed materials and policies pushed in grade schools across North America are for the sake of “indoctrinating” children into an unquestioning acceptance of homosexuality.

“I am here to tell you: All that time I said I wasn't indoctrinating anyone with my beliefs about gay and lesbian and bi and trans and queer people? That was a lie,” writes long-time Canadian gay activist S. Bear Bergman, a woman who identifies as a transgender man, in a piece appearing on Huffington Post a week ago tellingly titled ‘I Have Come to Indoctrinate Your Children Into My LGBTQ Agenda (And I'm Not a Bit Sorry).’

Bergman, who runs a Toronto-based publishing company making books for children that positively portrays “LGBTQ” people, is the transgender partner of J. Wallace, a gender equity adviser at the Toronto District School Board (TDSB).

Bergman writes that as a young activist, she often entertained a “delicious fantasy” of wishing that as a child she had been given the pro-LGBTQ mentors, workshops, and resources that kids today are freely given in schools.

“In [my fantasy], I was ushered into the world of queerness with care and tenderness by experienced homos and trans people (in my imagination they were like very fabulous versions of my favorite camp counselors from childhood). I would be issued my leather jacket and my protest pins, my safer sex supplies and a hotline of some kind I could call if I needed it.”

Bergman recounts that as a young gay activist she was taught how to refute accusations that the movement was engaging in “indoctrination and recruiting.” She was to tell concerned parents that she was “just providing an alternate viewpoint.” She was to use “soft” language when speaking about homosexuality.

But Bergman writes that she is tired of the “lie.”

“All 25 years of my career as an LGBTQ activist, since the very first time as a 16-year-old I went and stood shaking and breathless in front of eleven people to talk about My Story, I have been on a consistent campaign of trying to change people's minds about us. I want to make them like us. That is absolutely my goal … even if that goes against the way you have interpreted the teachings of your religion.”

“I want to be present in their emotional landscapes as a perfectly nice dad and writer who is married to another guy. Who used to be a girl (kind of). Who is friendly and cheerful and not scary at all, no matter what anyone says.”

“That is our job: to encourage people, especially children, to think differently about a subject than they do now,” she continues. “To dispel the dim and dismal miasma of myths and stereotypes, and instead allow the light of truth and fairness to shine in. That's the deal, my friends. And if we have done it — if we have come to a place where a kid has been struggling in the muck of ignorance and hatred, and helped them up and cleaned them off and sent them to play in a meadow of love or at least kindness — then baby, we have done the thing well.”

While Bergman paints a “friendly and cheerful” picture of the gay lifestyle, she fails to mention the serious health risks tied to homosexual behaviors. These include increased rates of sexually transmitted diseases, bacterial and viral infections, depression, and even cancer.

Research done in 2002 by Dr. John R. Diggs found that same-sex sexual behaviors expose gays, lesbians and bisexuals to “extreme risks of sexually transmitted diseases (STDs), physical injuries, mental disorders and even a shortened life span.” Common sexual practices among gay men were found to lead to “numerous STDs and physical injuries, some of which are virtually unknown in the heterosexual population.” Gay and bisexual men were found to “lose up to 20 years of life expectancy.”

The US Centers for Disease Control (CDC) have warned on numerous occasions that HIV rates, already at epidemic proportions, are continuing to climb steadily among men who have ‘sex’ with men. The CDC has stated that gay and bisexual men continue to remain at the epicenter of what they call a “HIV/AIDS epidemic.”

Bergman also fails to point out the spiritual damage that religions across the world say is caused by homosexual activity. Christianity, Islam, and Judaism categorically reject homosexual practices in the strongest language as a direct rejection of God and his plan for human sexuality.

Christianity — “For this reason God gave them up to dishonorable passions. Their women exchanged natural relations for unnatural, and the men likewise gave up natural relations with women and were consumed with passion for one another, men committing shameless acts with men and receiving in their own persons the due penalty for their error” (Letter to Romans 1:26).

Islam — “…For ye practice your lusts on men in preference to women: ye are indeed a people transgressing beyond bounds…. And we rained down on them a shower (of brimstone)” (The Qur'an 7:80-84).

The Catholic Church calls homosexual acts “intrinsically disordered” since they “close the sexual act to the gift of life.”

Despite accusations of ‘homophobia,’ the Catholic Church actually teaches that people struggling with same-sex attraction “must be accepted with respect, compassion, and sensitivity. Every sign of unjust discrimination in their regard should be avoided.”

Bergman is not the first homosexual activist to admit the movement aims to “indoctrinate” children into their worldview.

In September 2014, Bergman’s publishing company offered a free “trans-positive kids (JK-2) book” to Toronto District School Board libraries. She said she was combating “fear-mongering” from school trustee Sam Sotiropoulos who had taken a stand against homosexual activism in the school board.

Bergman and Wallace’s book list for kids to “break gender stereotypes” has 54 titles, including:

Bergman concludes her Huffington Post article by declaring she would be “delighted” if she could convince children to disagree with their parents on homosexuality.

“I want kids to know [we're perfectly fine and often really excellent] even if their parents' or community's interpretation of their religious tenets is that we're awful. I would be happy — delighted, overjoyed I tell you — to cause those children to disagree with their families on the subject of LGBTQ people.”

“If that makes me an indoctrinator, I accept it. Let me be honest — I am not even a little bit sorry.”

Update (March 18, 2015): After publication, LifeSiteNews learned that S. Bear Bergman is a biological woman who identifies as a man. As a result, we've changed the gender pronouns in the article to female.

Gay columnist: let’s face it, we want to indoctrinate children