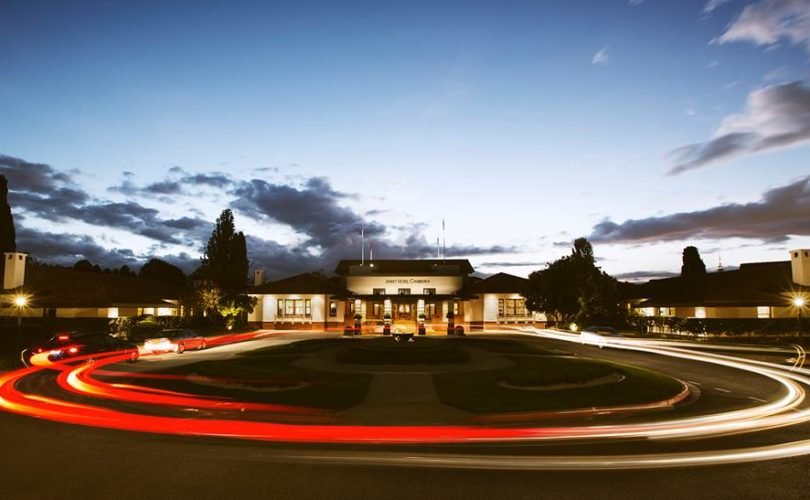 Opponents of the Christian conference have added over 600 one-star reviews to the Facebook page of the Hyatt hotel where the conference is taking place.Hyatt Facebook page

CANBERRA – Gay activists in Australia have launched a furious campaign to convince Australian opposition leader Bill Shorten to pull out of speaking at the Australian Christian Lobby's national conference this weekend, and to pressure the hotel hosting the event to cancel.

While gay activists had previously achieved notable success in convincing politicians to withdraw from the World Congress of Families event in Melbourne in August, this case has a twist, in that Shorten himself personally supports gay “marriage,” and is so far refusing to back down.

A spokesman for the Australian Christian Lobby, which is a leading force in the country against redefining marriage, told LifeSiteNews that organizers of the conference are aware of Shorten’s position, but that rather than go the path of shutting down public discussion on an issue, the ACL’s position is to have open debate in the public space.

But despite the opposition leader's support for their cause, gay activists deluged his office with about 100 phone calls in a single day, asking him to pull out of speaking at the conference, while he has also received continued pressure in the homosexual media.

When their initial efforts didn’t work, activists then turned to threatening the venue, the Park Hyatt hotel in Canberra. When the hotel refused to disallow the conference from taking place, opponents of the Christian conference added over 600 one-star reviews to the hotel's Facebook page, drawing the average rating down to 2.6 stars.

In response, the Australian Christian Lobby sent out an email to their 40,000 members appealing for help. The response was immediate and dramatic with an additional 1,900 Facebook users giving a five-star review to the hotel, driving the averaged rating up to 4.2 stars.

“I think the turnaround in the rating is an extraordinary show of support for the ACL, and it shows quite decisively that Christians do have a voice.  It also shows what we can do when we work together for good,” ACL Chief of Staff Martyn Iles told LifeSiteNews.

When it became clear that the smear campaign against Hyatt had backfired, opponents created a “meme” accusing the Christian group of a variety of alleged forms of “hate,” which they began attaching in replies to the deluge of positive five-star reviews.

But according to Iles, the statements on the meme are all lies.

“We absolutely do not believe that LGBTI students should be expelled from school.  That would be an outrage.  And we have recently supported the rights of Muslim Australians to express their religion.  We do not for a moment believe that homosexuality is a disease, either mental or physical” he said.

Iles noted that there are a number of ironies about the actions of the homosexual lobbyists.

Worldwide, the Hyatt chain has been a global leader in promoting homosexual issues, and a global voice in support of the same sex “marriage” campaign.  Despite this, the hotel hasn't wavered, continuing as the venue for the Australian Christian Lobby's national conference.

“We don't discriminate against guests who want to conduct lawful business at Hyatt hotels,” a spokeswoman for the hotel said in a statement.

Iles went on to say “We have enormous appreciation for the Hyatt's professionalism, particularly the way they have been unflinchingly courteous and respectful.  Even in the face of what has become at times a toxic debate, we maintain respectful disagreement and that must be applauded.”

The conference will also have the incoming Most Rev Anthony Fisher OP, Catholic Bishop of Parramatta, Archbishop-elect of Sydney as a speaker, in addition to other cultural leaders.